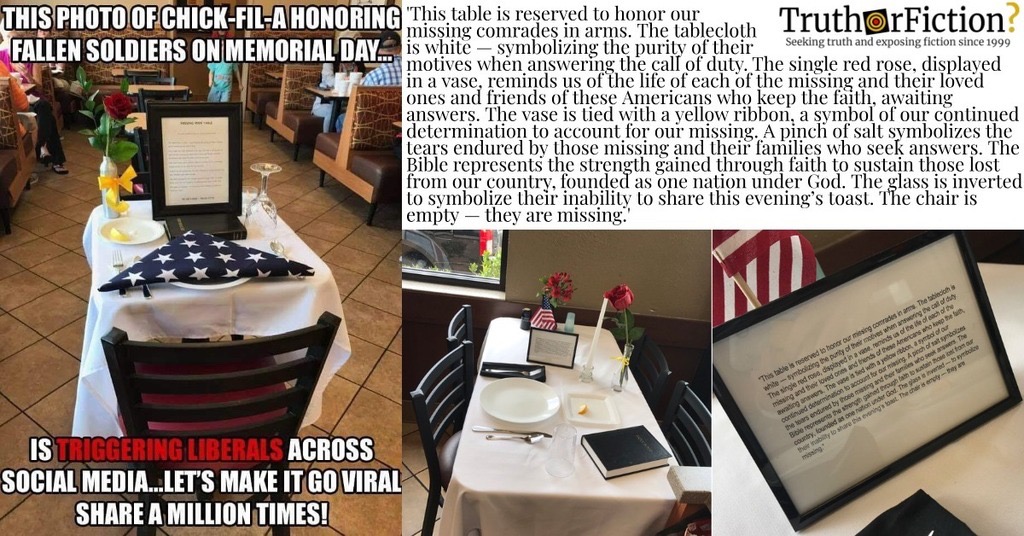 A photograph of a memorial table at a Chick-Fil-A honoring fallen soldiers is real, but it’s not “triggering liberals across social media.” 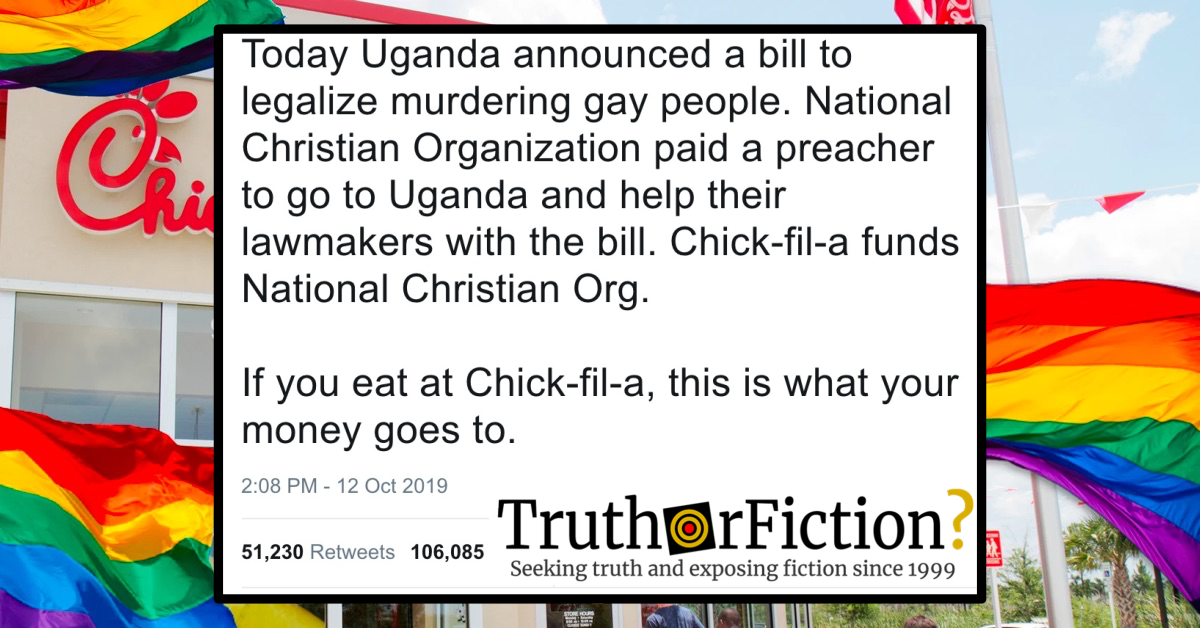 A persistent rumor about the fast food chain appeared in a virally popular October 2019 tweet.

A website that publishes works of “Christian news satire” is behind false reports that House Democrats introduced a bill making it a hate crime to eat at Chick-fil-A because of the chain’s conservative views.

In response to the terrorist shooting that left 50 dead in Orlando, Chic-fil-A made an exception to its long standing policy to close on Sundays to serve people waiting in line to donate blood.

In a reversal of the company’s long-standing policy, Chick-fil-A has announced that its restaurants will be open on Sundays beginning in October.

This is a forwarded email containing what appears to be a news story that alleged that the manager and staff of a Chic-Fil-A in Birmingham, Alabama prepared hundreds of chicken sandwiches and managed to feed stranded motorists who were stuck on an interstate highway 280 because of a snow storm. 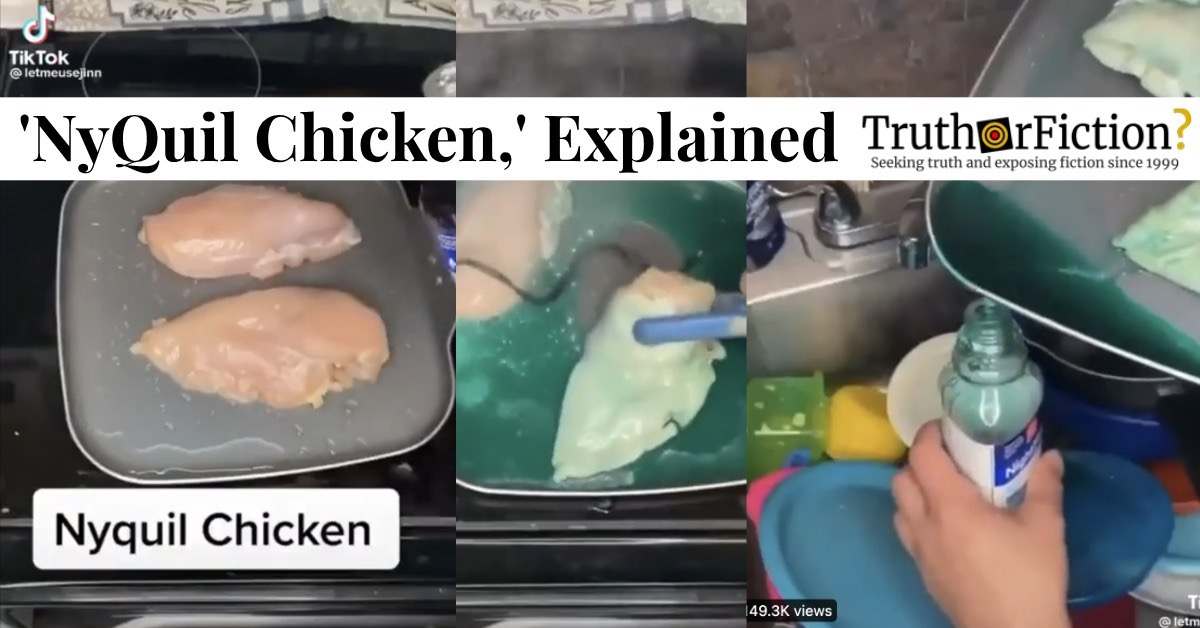 In September 2022, the FDA warned against “NyQuil chicken,” purportedly due to a TikTok “challenge” or “trend.” 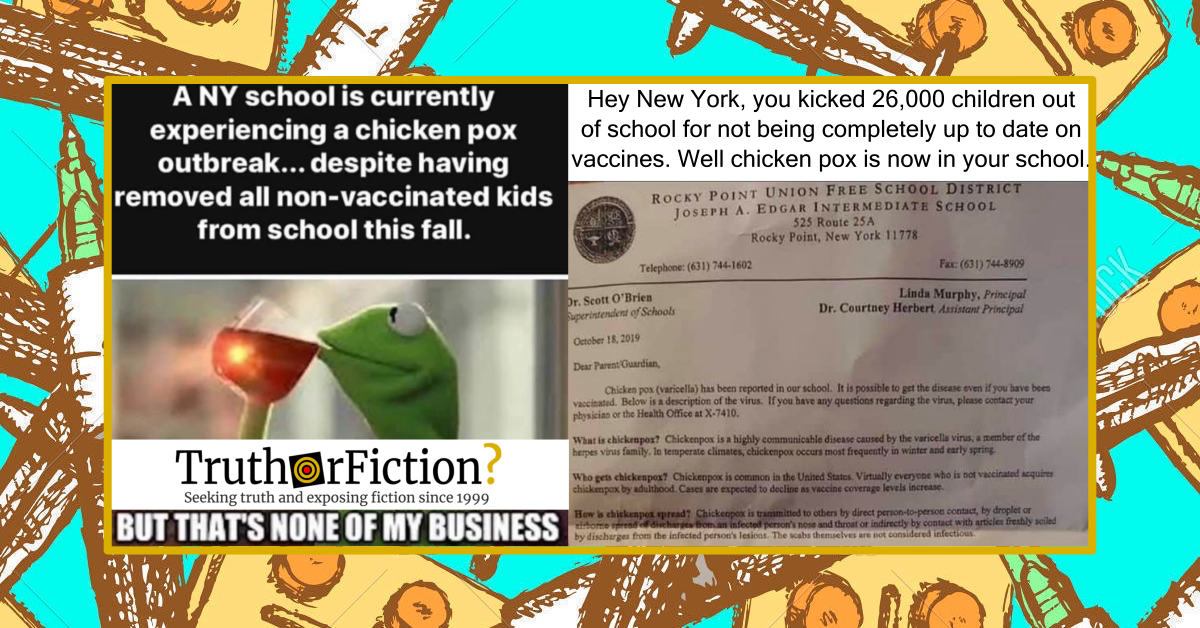 A Rocky Point School District letter is circulating virally on social media, but it comes with some inherent misinformation, disinformation, and inaccurate inferences. 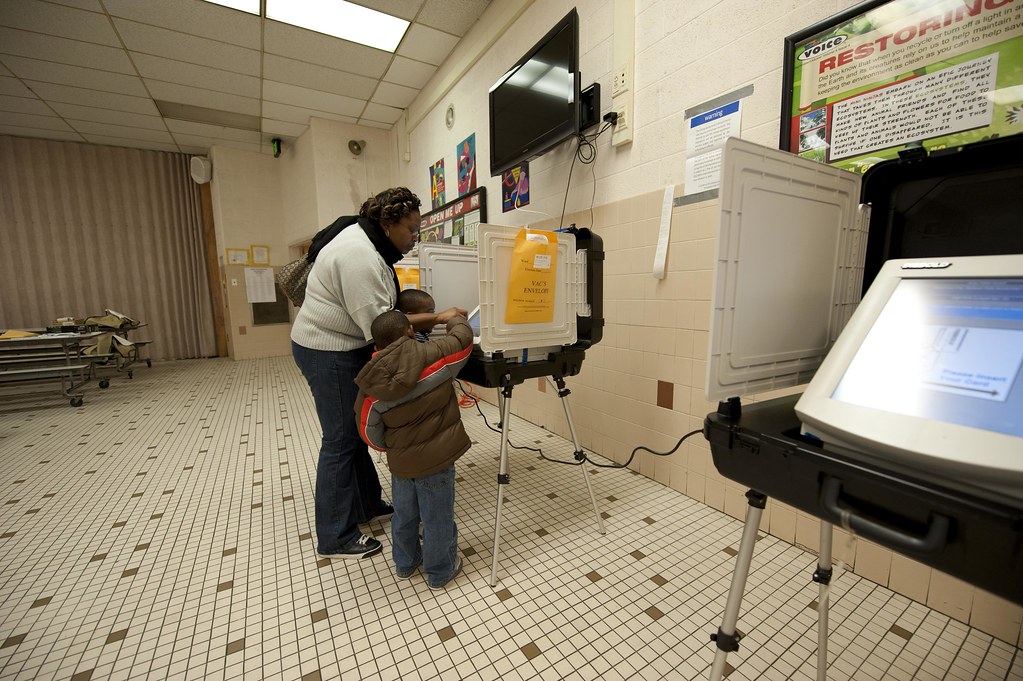 David Ledbetter’s ingenuity made his efforts into a national story in August 2019.