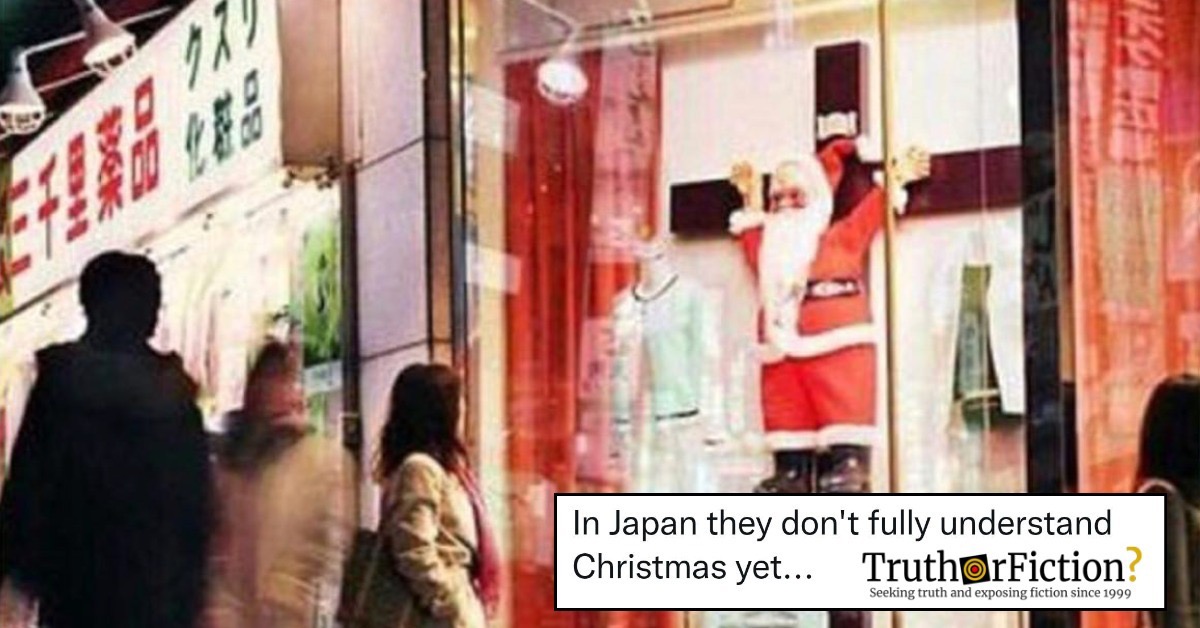 A long-circulating image, often labeled “in Japan, they don’t fully understand Christmas yet,” almost always appears out of context. 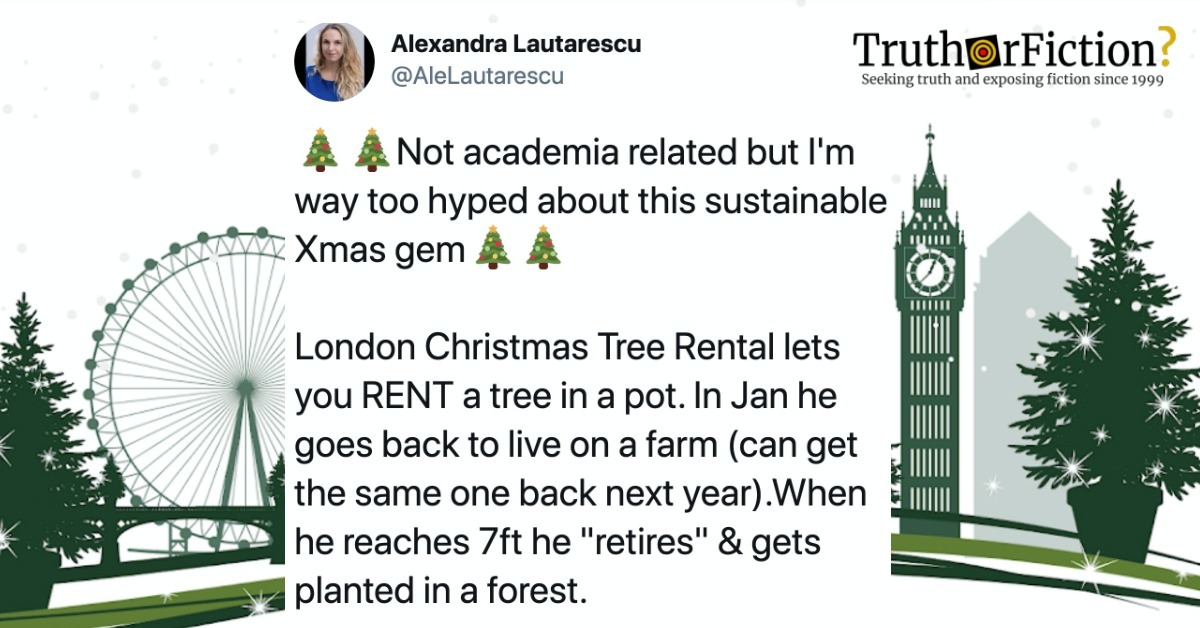 Living Christmas tree rental is real, and it’s not limited to London. Here’s how it works. 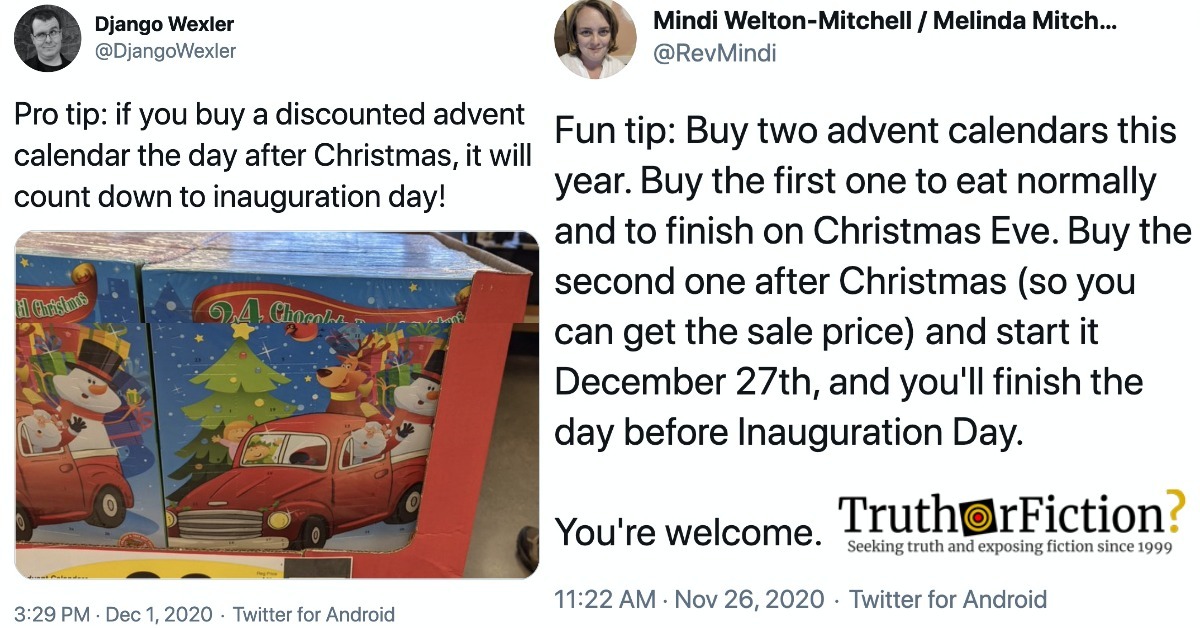 A popular post maintained that discounted Advent calendars purchased on December 26 2020 could have a second life counting down to Inauguration Day. 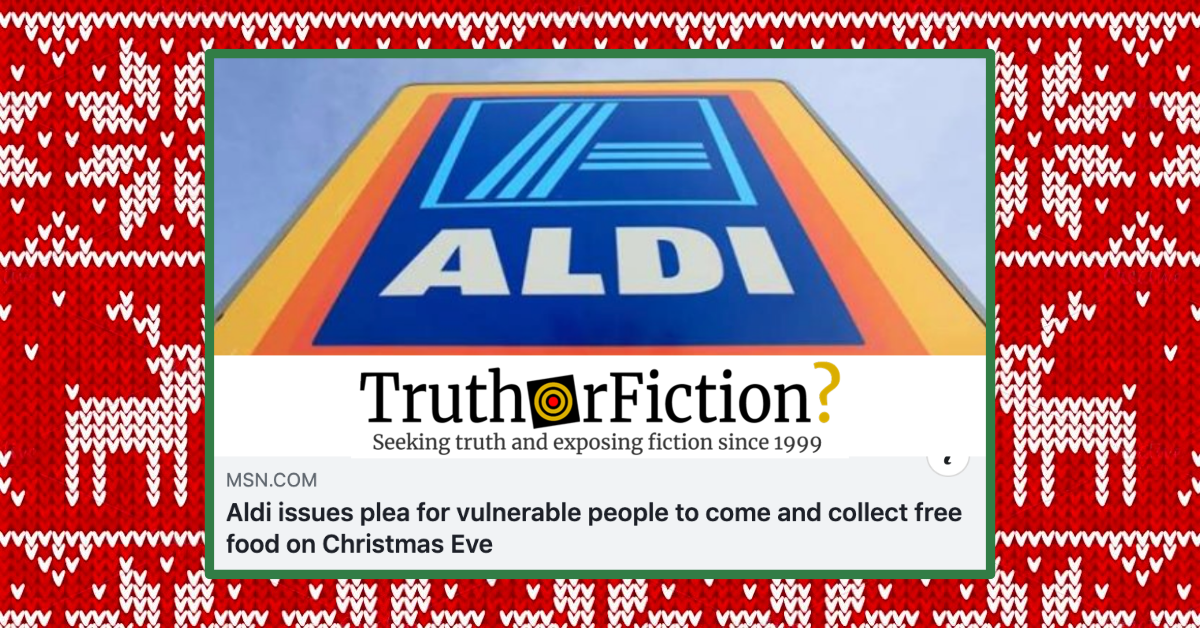 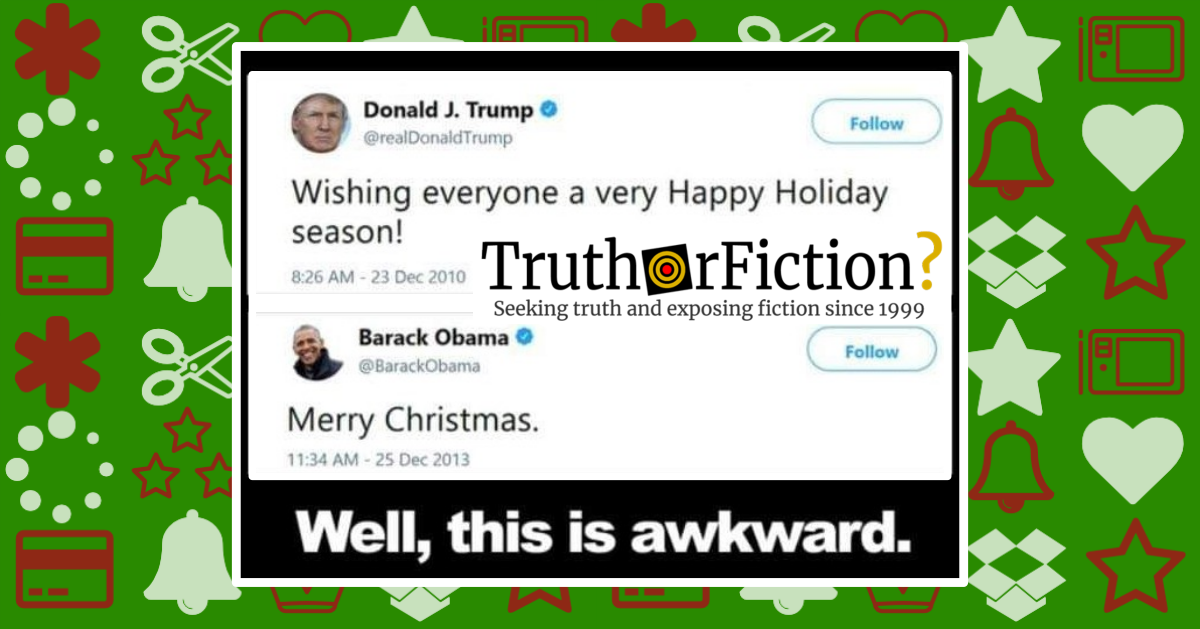 The idea that Trump “restored” the holiday to the White House is just as bogus as a “birther” smear. 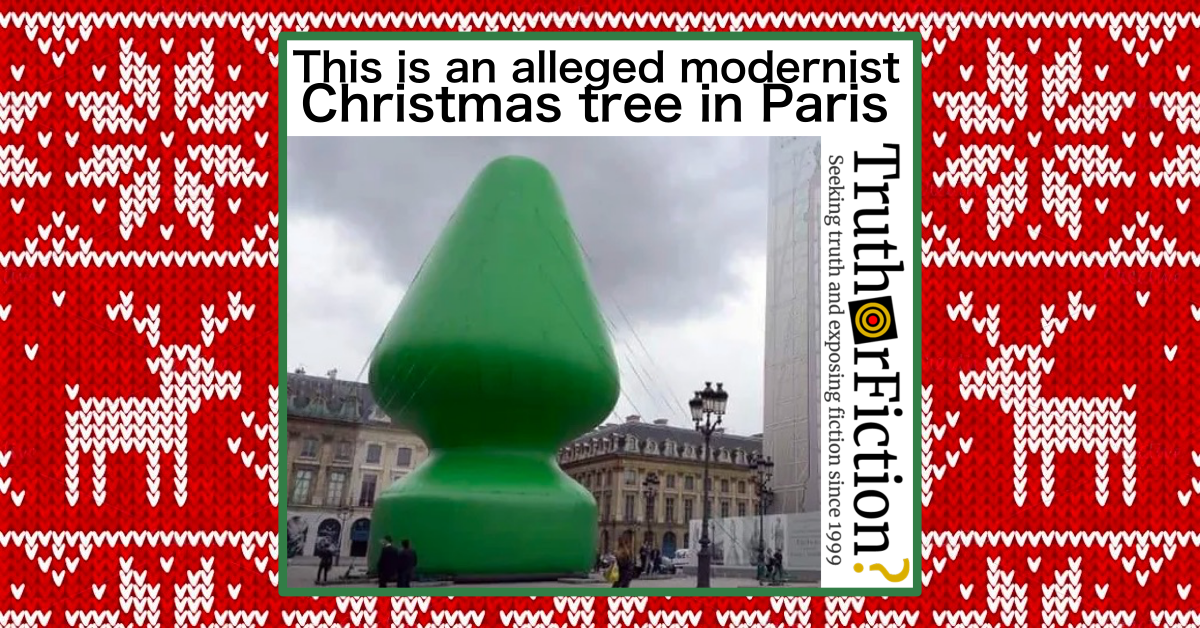 A new annual Christmas tradition involves sharing a purported modern art installation in Paris that resembles a… well, you tell us. 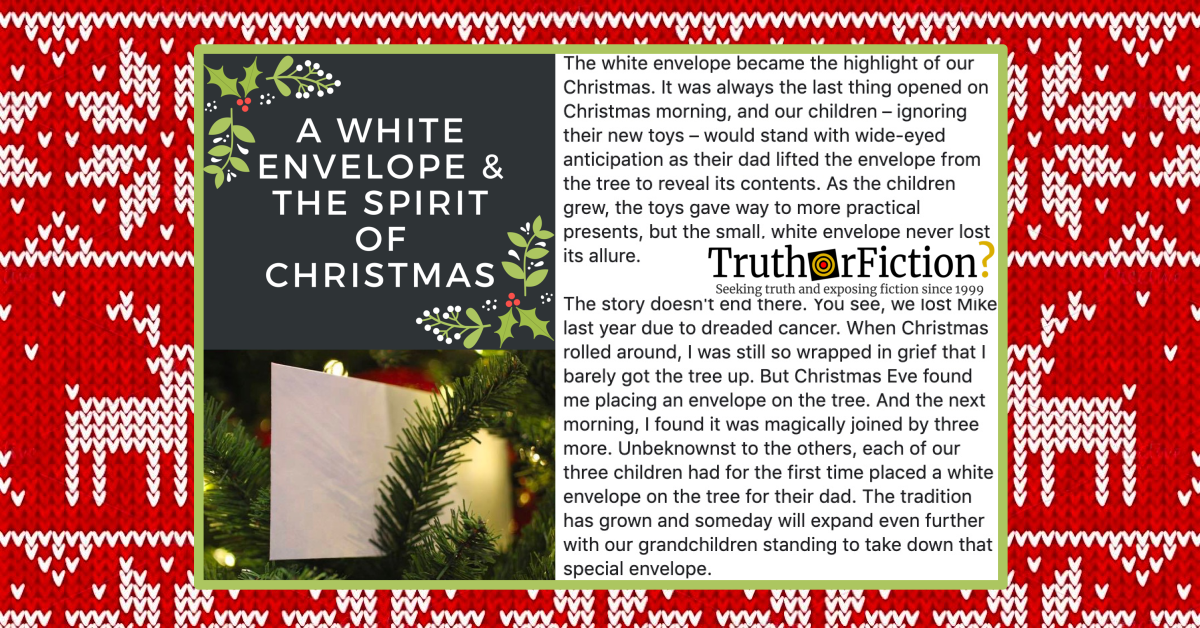 A viral post about a “little white envelope” and a “man who hated Christmas” was shared in 2018 and dated 2015, but it appears to actually be far older than that. 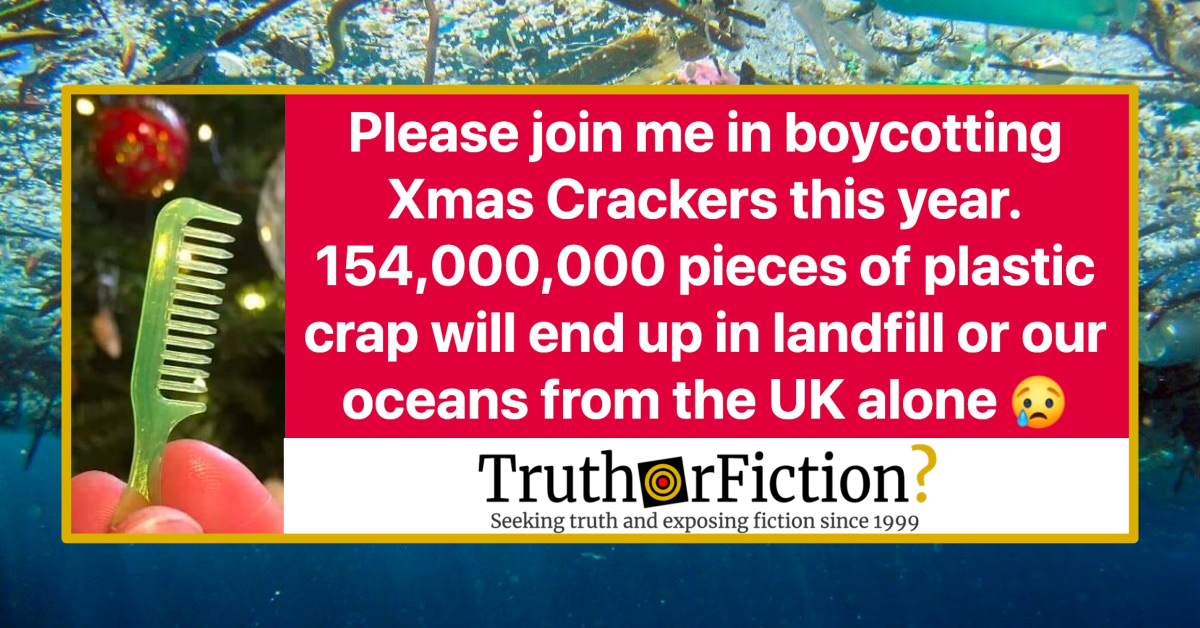 Here’s how the rumor about hundreds of millions of pieces of “crackers” becoming ocean plastic got started. 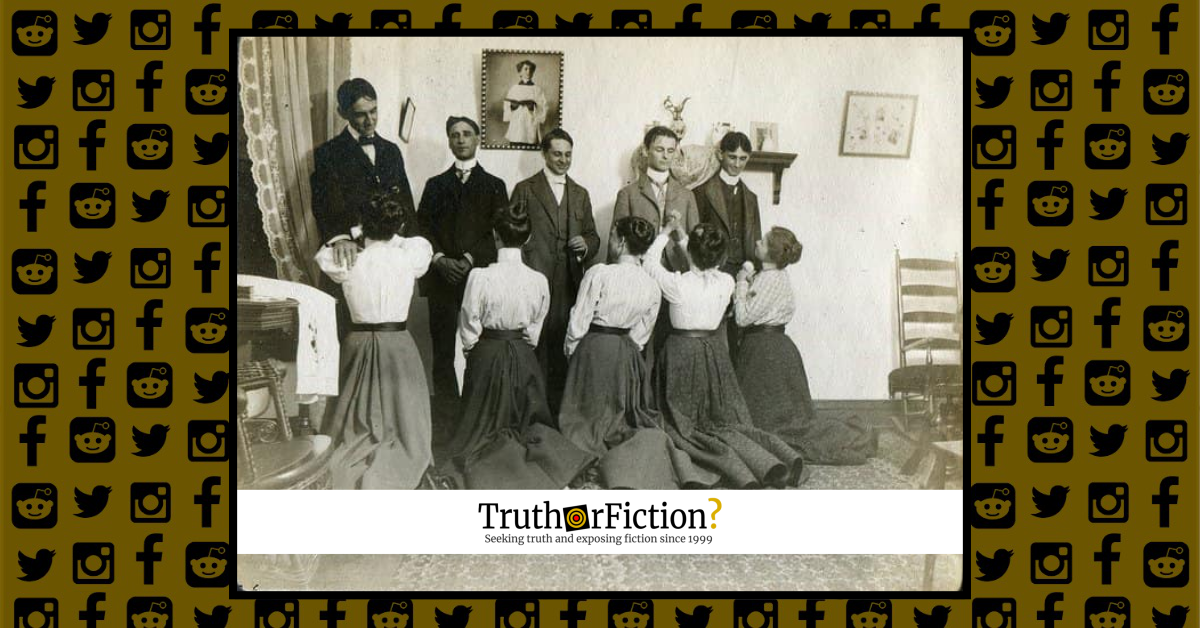 On February 24 2019, the Facebook page “Pictures in History” shared the following caption with the photograph seen above: A long forgotten Christmas tradition, women once used to beg their husbands for forgiveness from all of their wrongdoings and mistakes that they made throughout the year. Why did this tradition disappear?!? The post proved immediately popular, […] 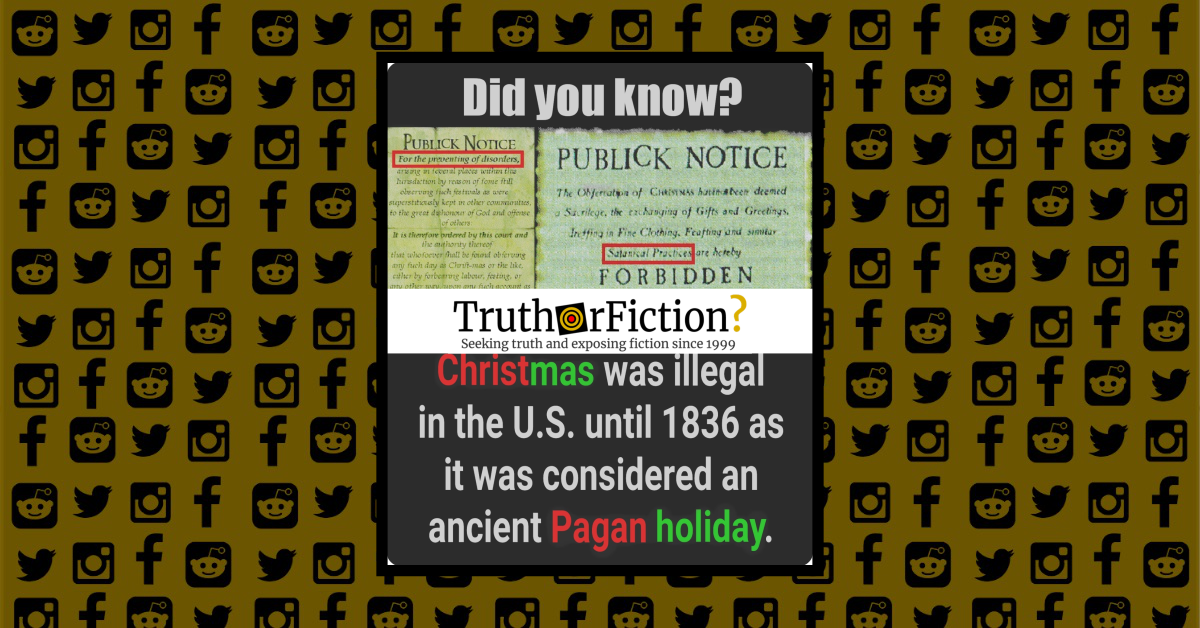 Is the War on Christmas a holiday tradition in its own right?