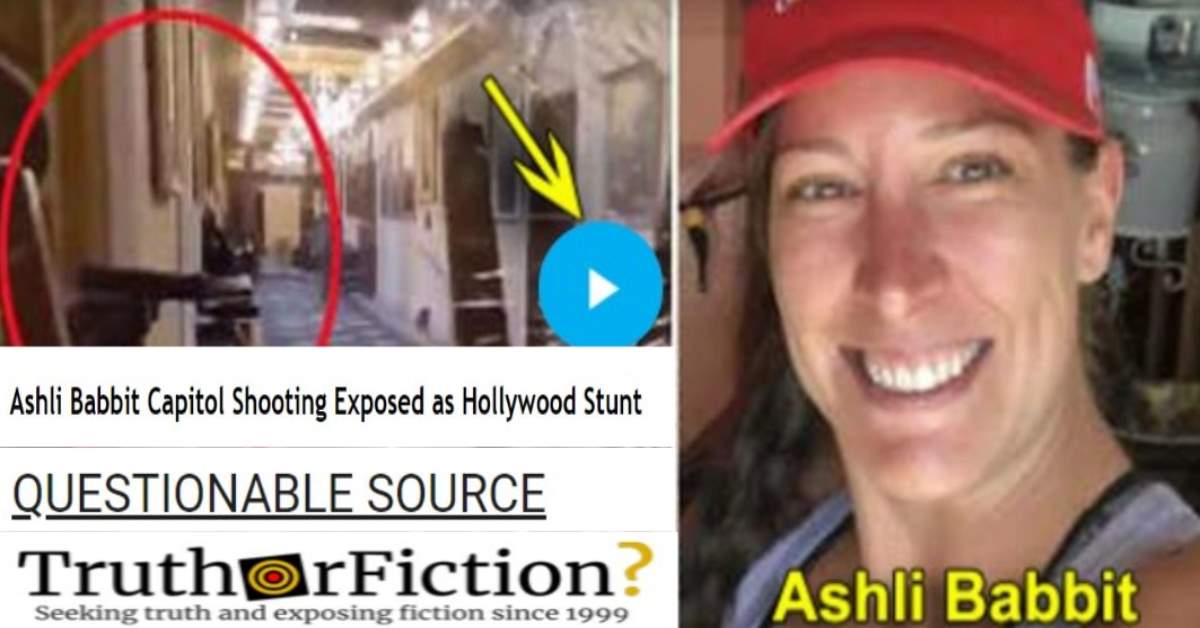 One of “the most discredited sources on the internet” attempted to spread a conspiracy about the Capitol rioter. 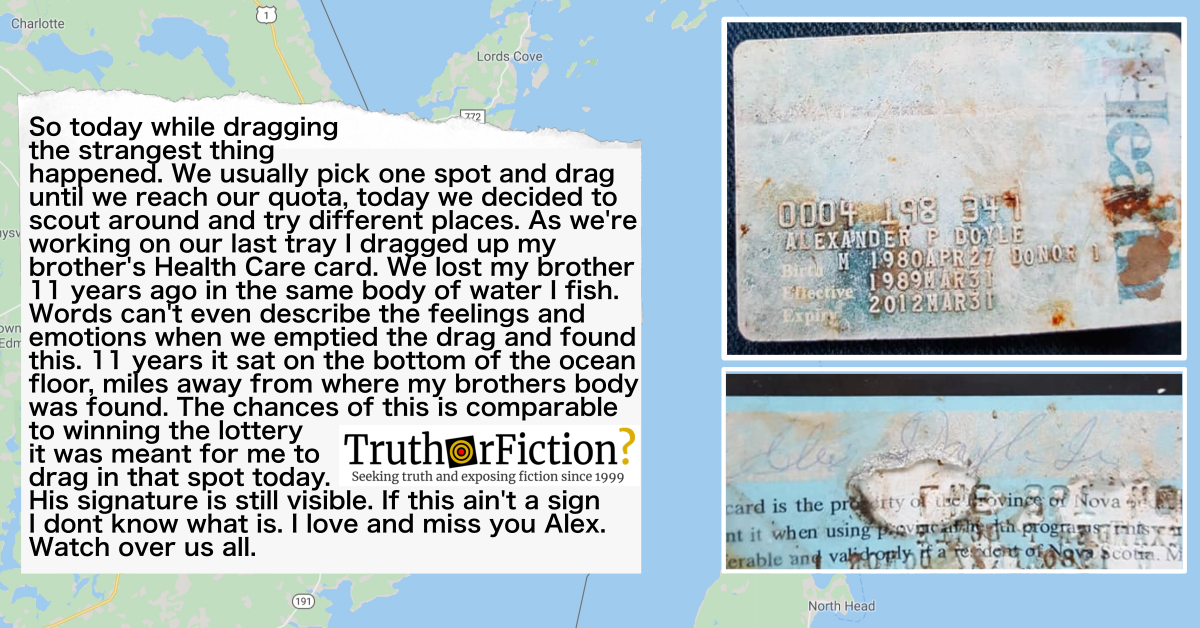 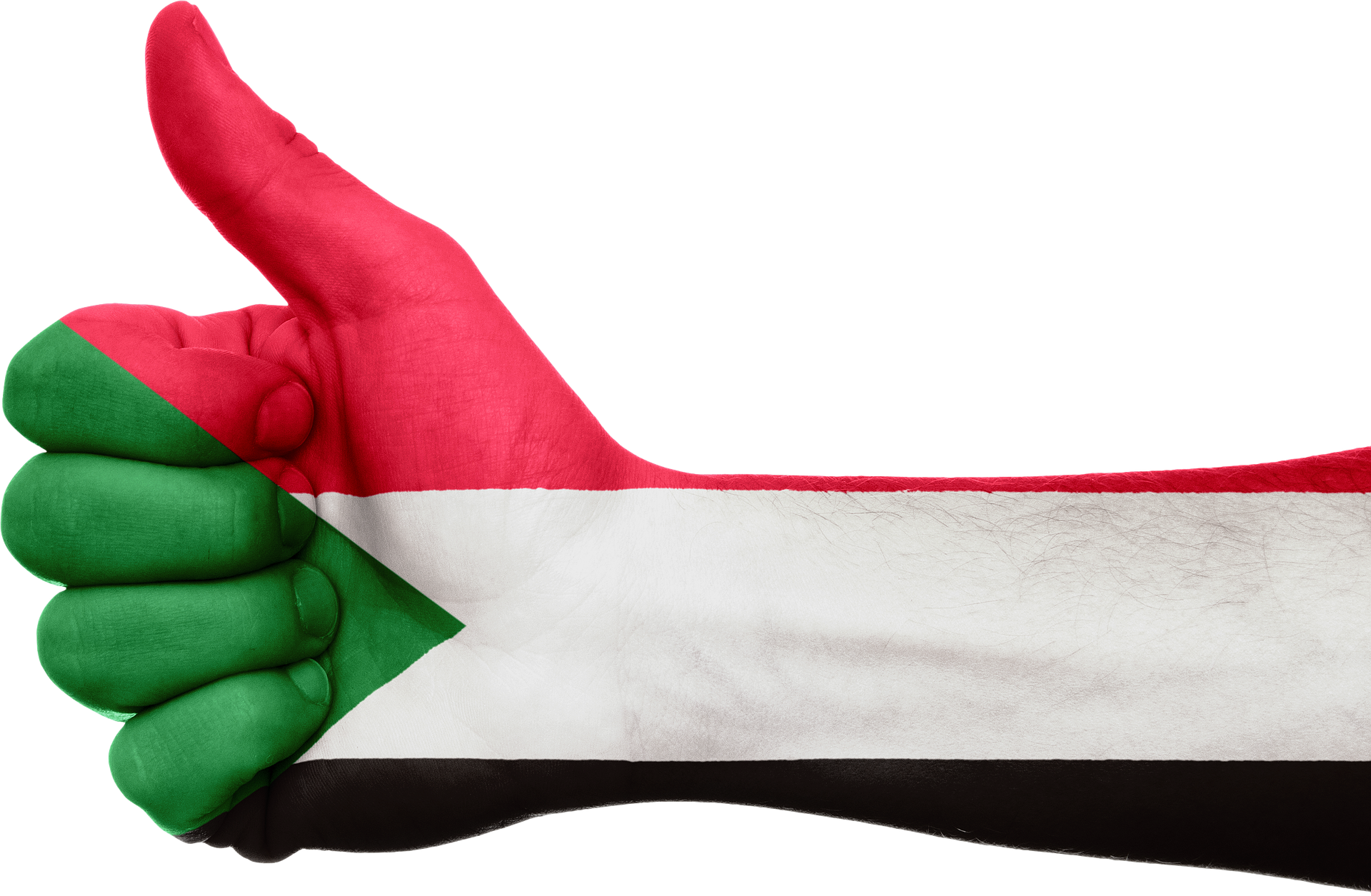 April 2019 saw the culmination of a months-long popular uprising in the country of Sudan, when its former president Omar al-Bashir stepped down from his post. The Sudanese military quickly took control of the country in what it called a transitional phase. In the weeks following al-Bashir’s ouster, however, clashes became both deadlier and more […]

This is a forwarded email that contains what appears to be a news article that alleged a deathbed confession of a hidden gay past by Westboro Baptist founder and anti-gay activist Fred Phelps.

An inmate on death row in Abilene, Texas, for murder and cannibalism has requested “a little boy” for a last meal. 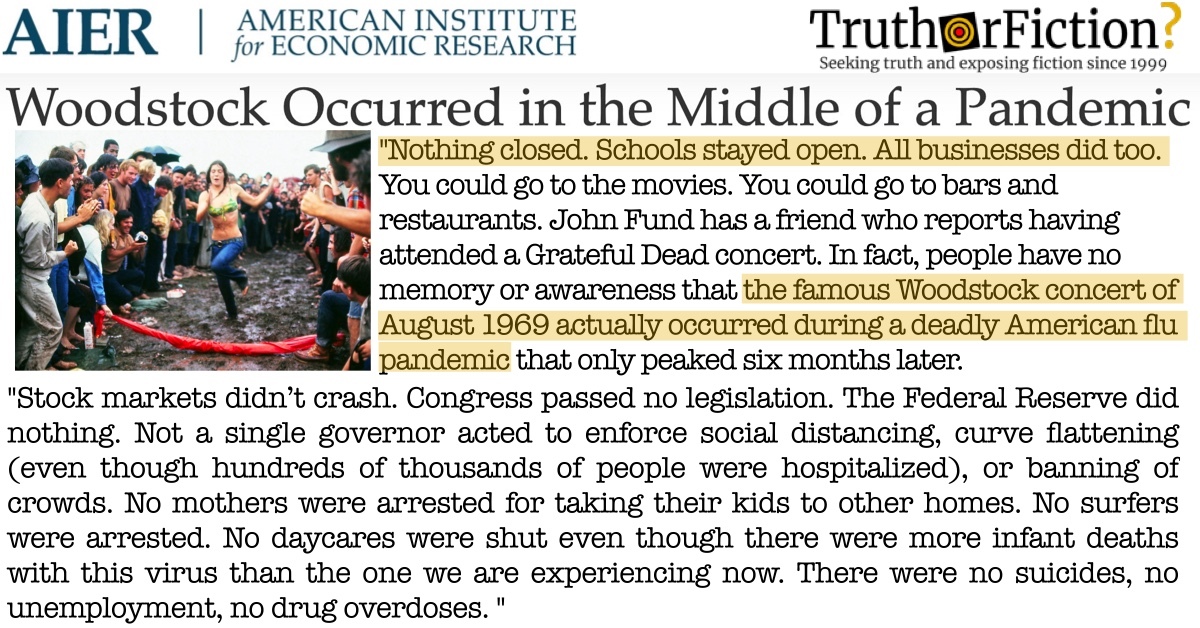 It is curious that the American Institute for Economic Research is interested in reporting that Woodstock was held during a purported pandemic. 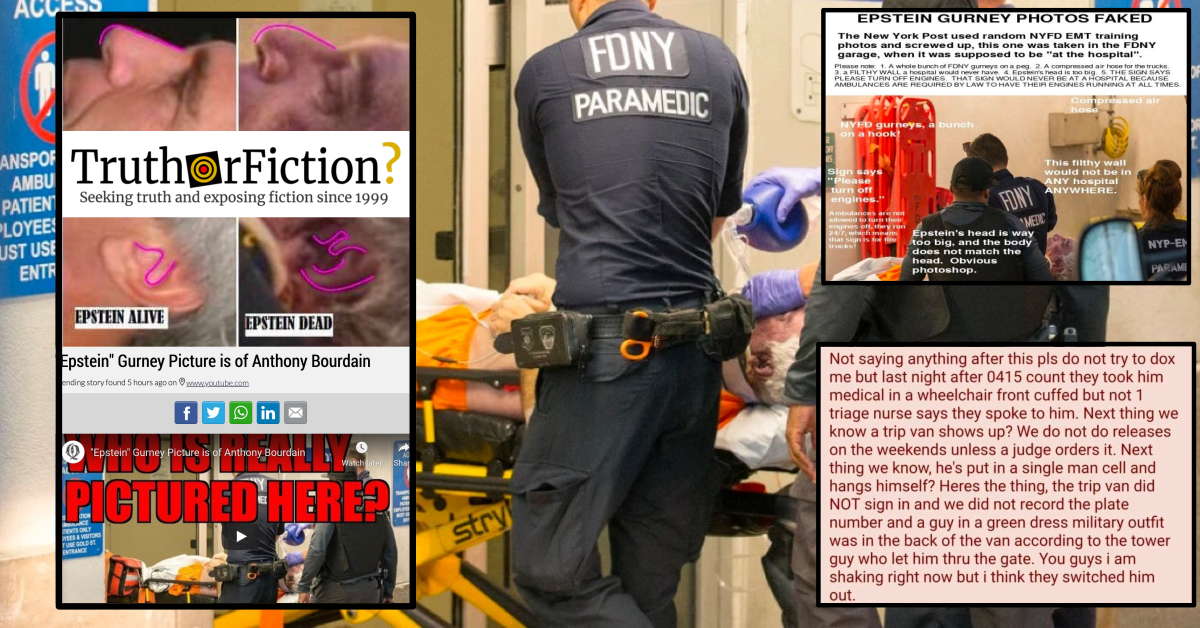 A popular conspiracy theory after the death of Jeffrey Epstein involved “gurney photos” in the news and claims that those photographs were fabricated.

Reports that David Cassidy dies at 67 in November 2017 weren’t true, but Cassidy was in critical condition with organ failure at th time.