The Twitter owner’s complaint was held up as a mirror to what the former president might say. 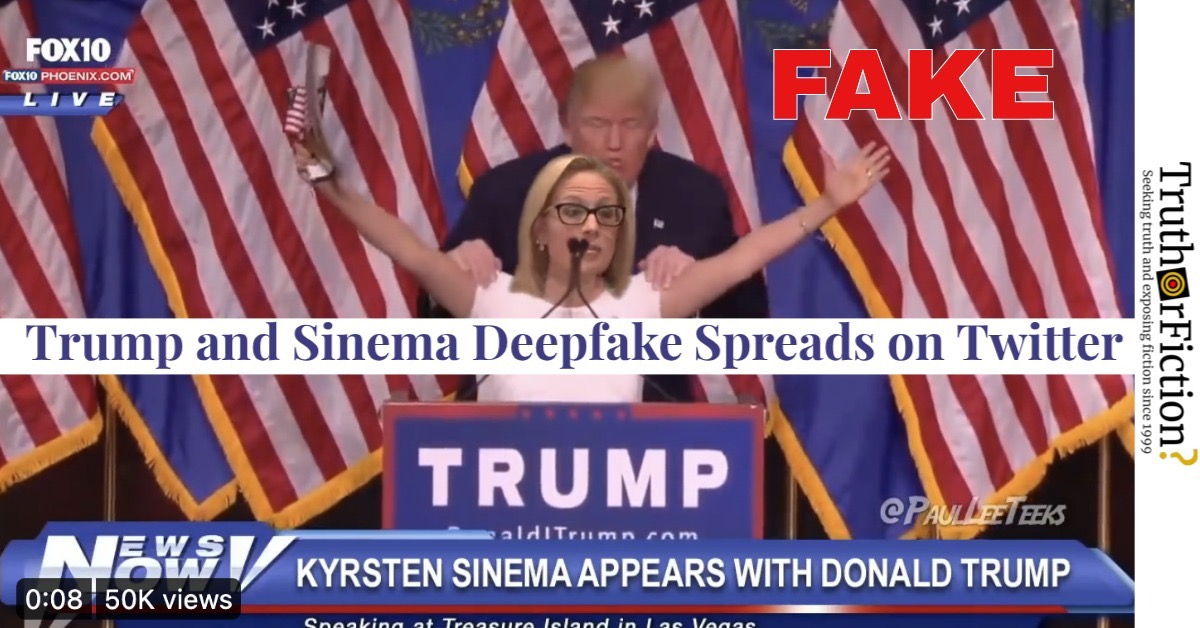 A video purportedly showing Sinema introducing Trump was apparently too good for many to double-check. 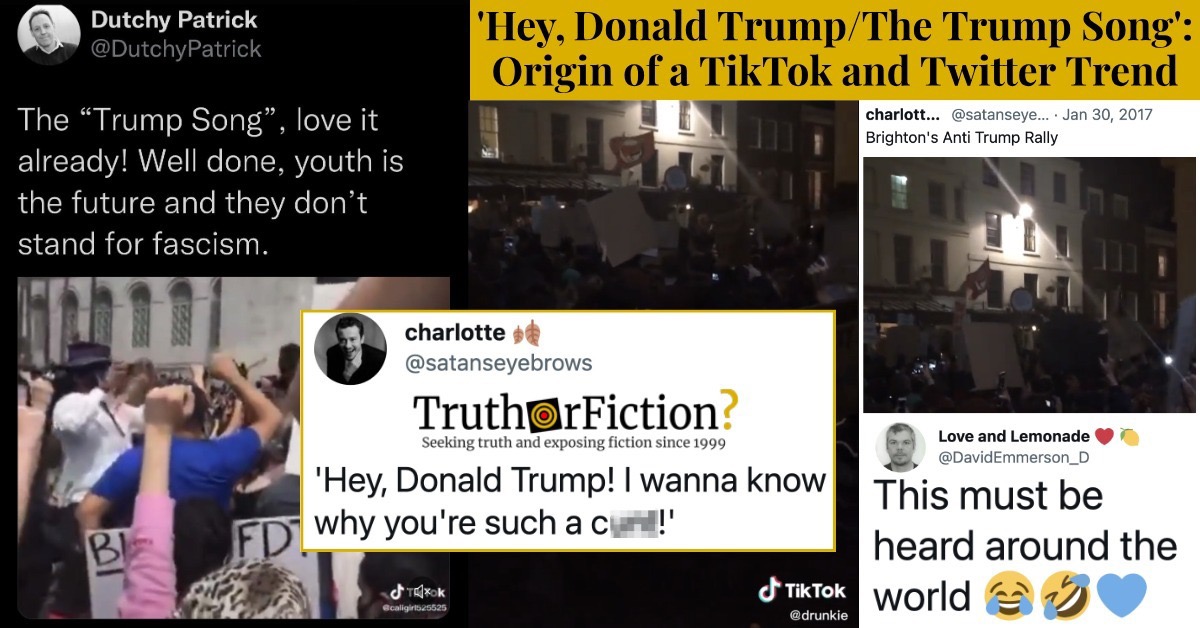 In August 2022, a slightly misleading clip of a crowd singing a catchy tune circulated on social media platforms. 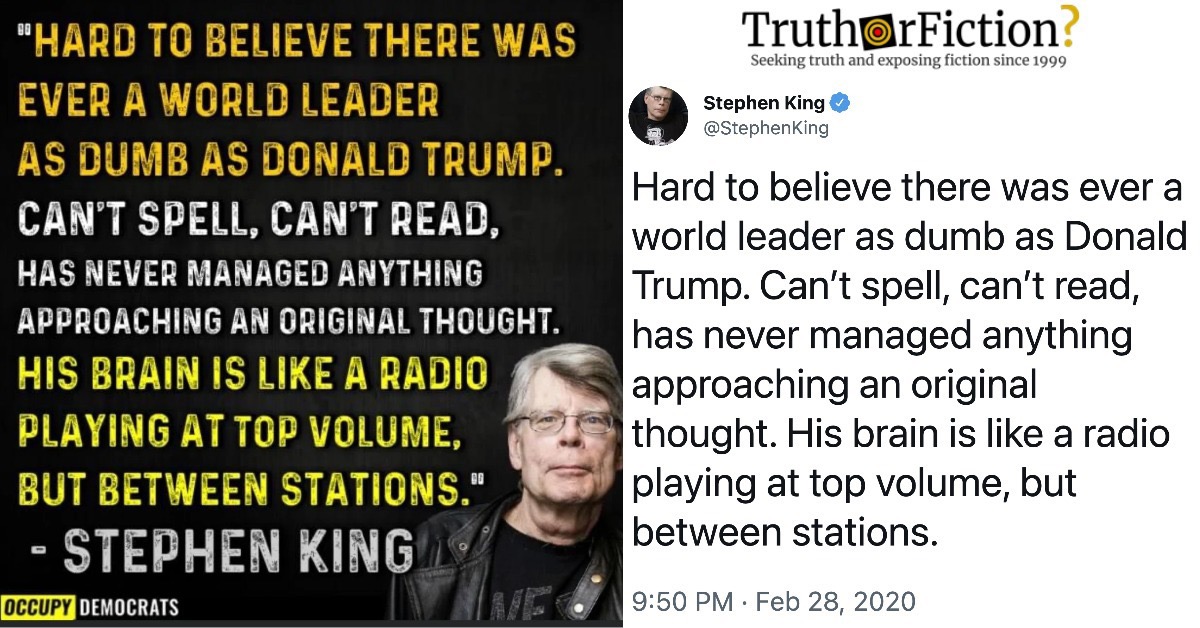 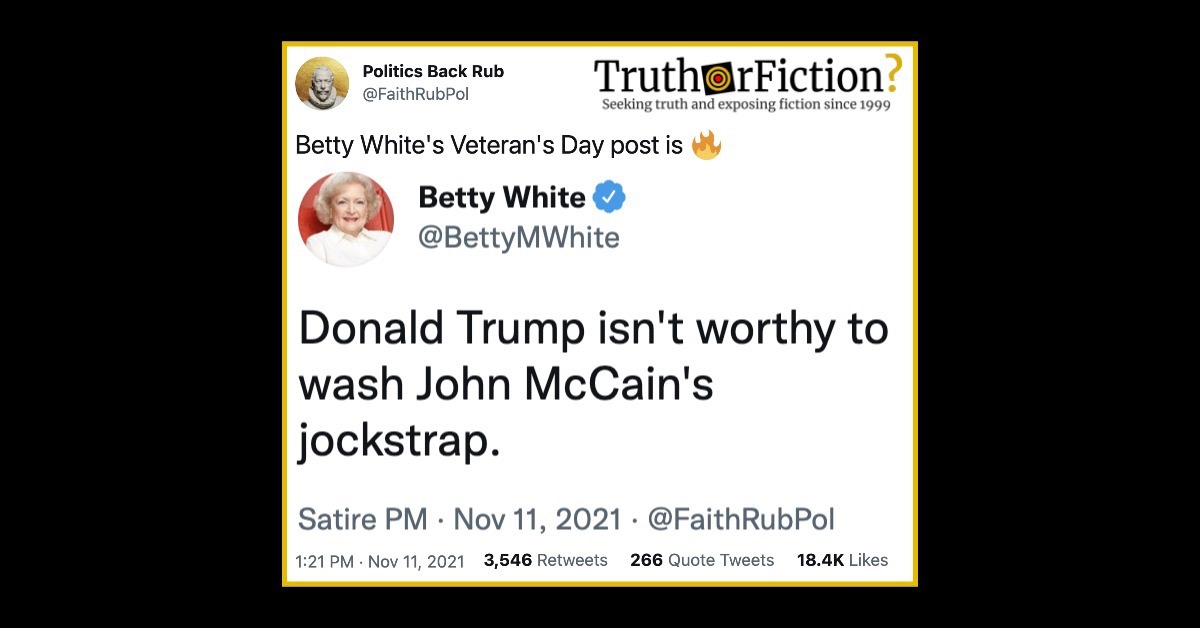 “Betty White” was a feature of Twitter’s trending list on November 11 2021, and a screenshot of a purported tweet attributed to the cultural icon took advantage of the algorithmic boost. 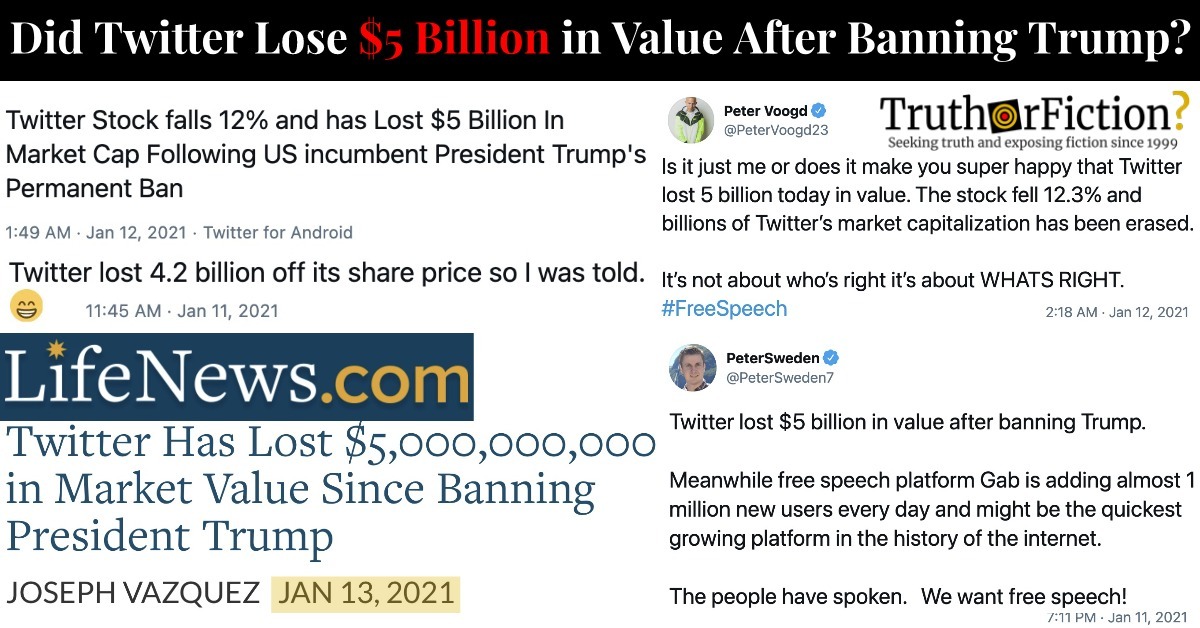 Partisan websites were quick to report that Twitter’s stock value plummeted after finally deplatforming the outgoing United States president — but the claim was missing a lot of context. 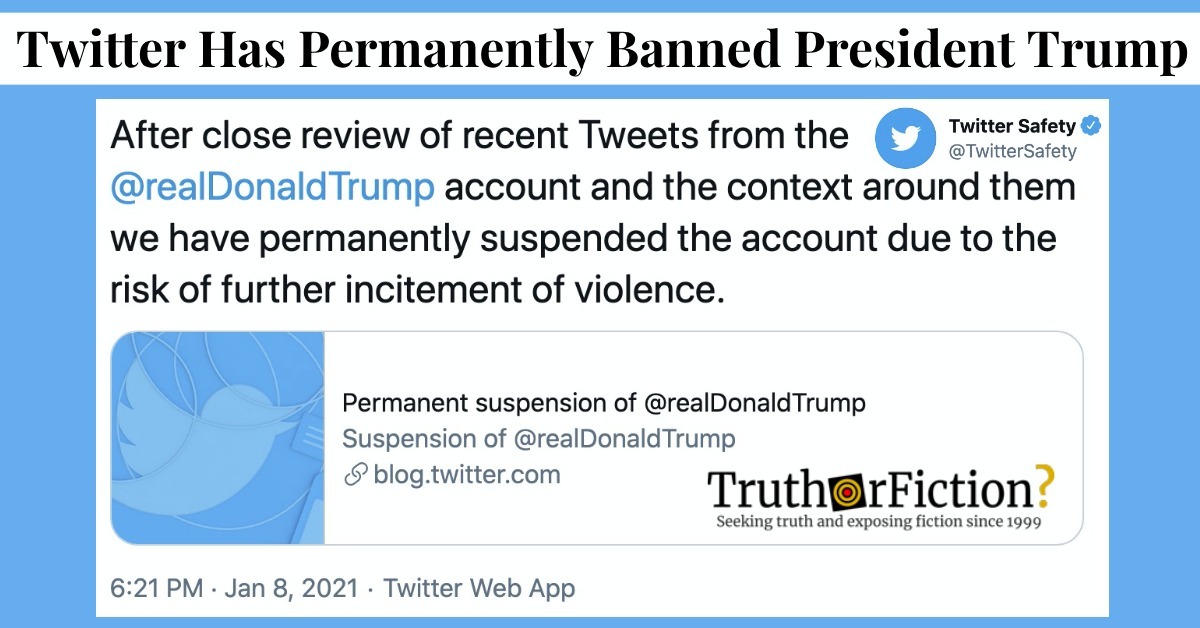 The platform “permanently suspended” the outgoing president two days after his supporters attacked the U.S. Capitol. 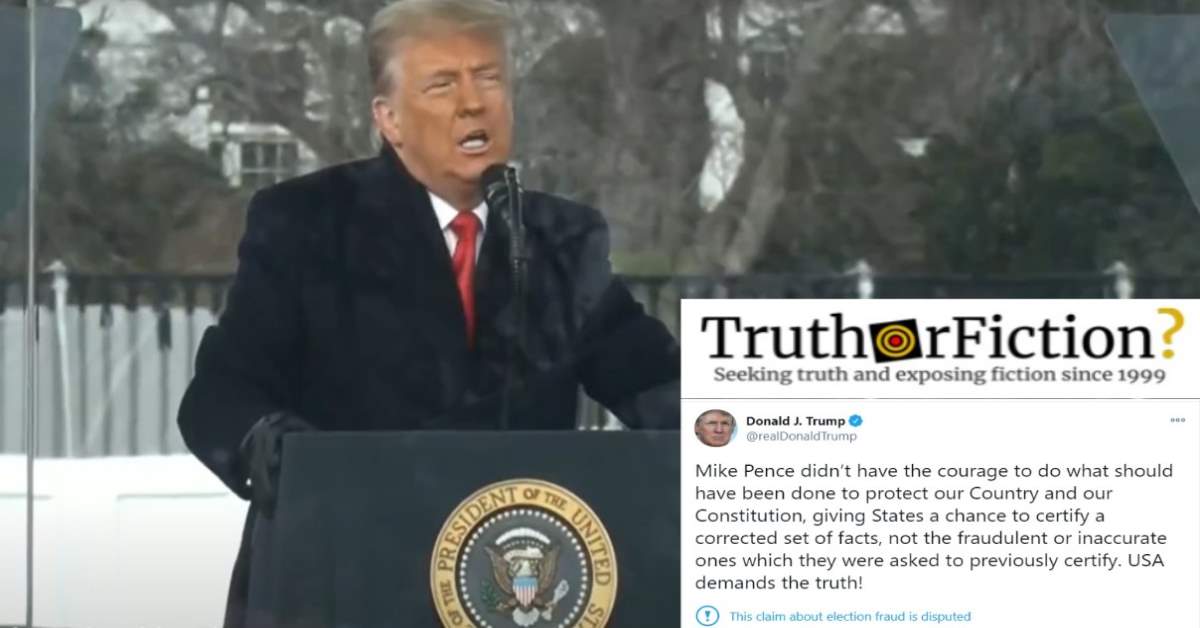 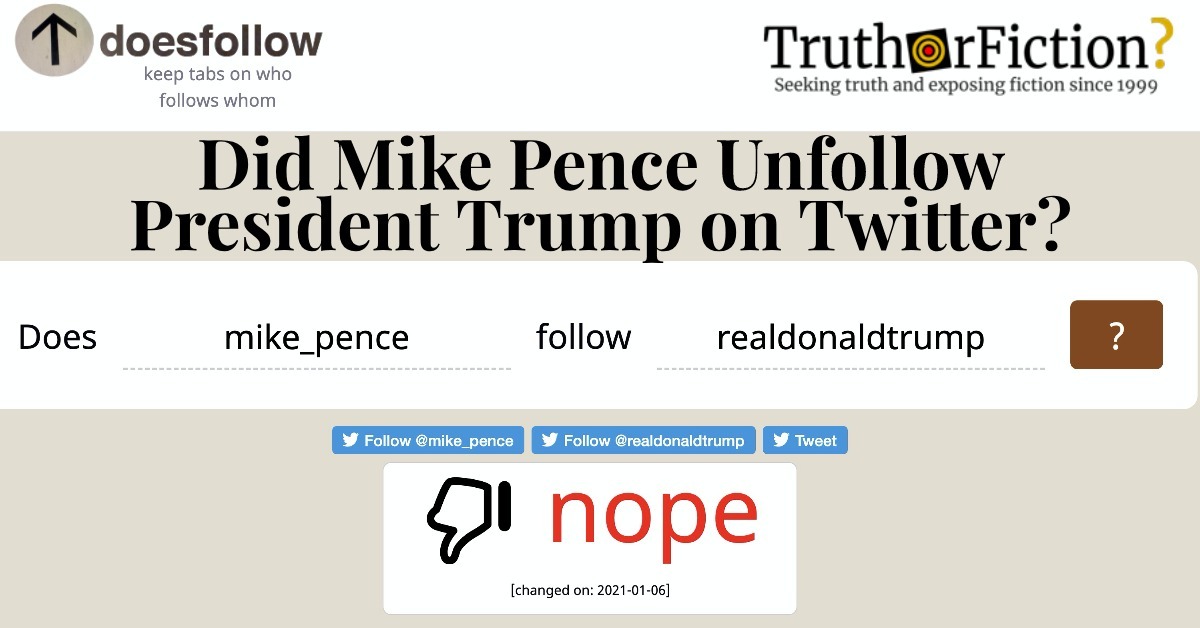 According to third-party services and Twitter’s “Following,” Pence did not follow Trump on January 6 2021 (but he later re-followed Trump). 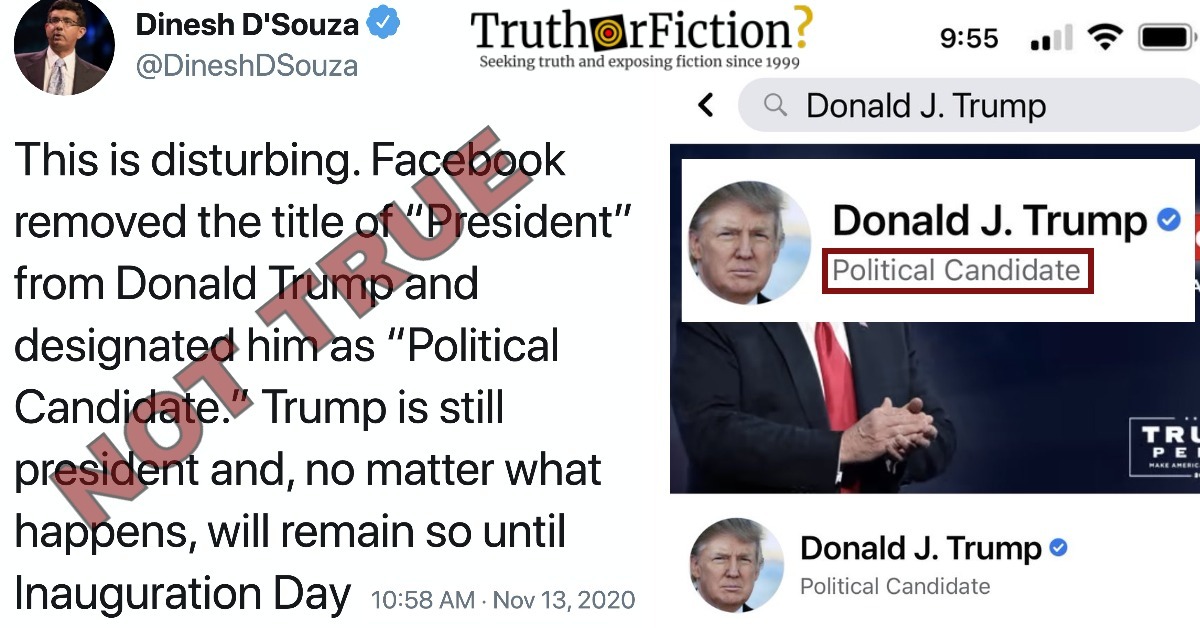 A Dinesh D’Souza tweet claimed that Facebook “removed” the title of “President” from Trump’s page, which he said was “disturbing.”