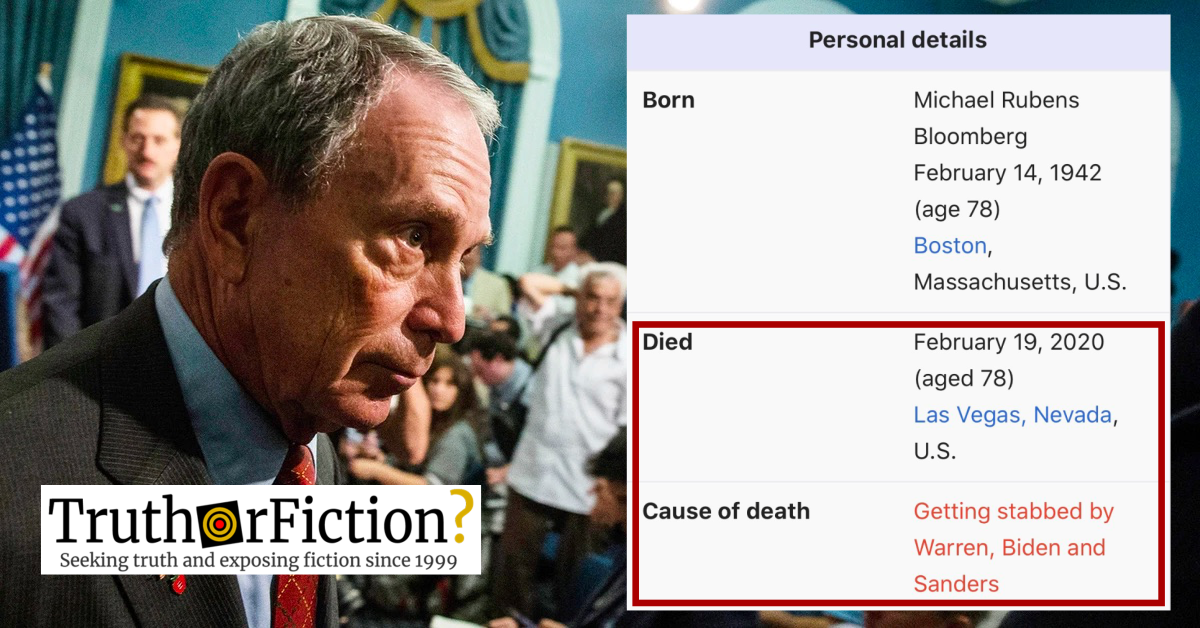 A number of articles reported a humorous claim of Wikipedia vandalism, but only a few screenshots circulated.

A tweet from a news organization distorted a plan released by the Democratic presidential candidate. 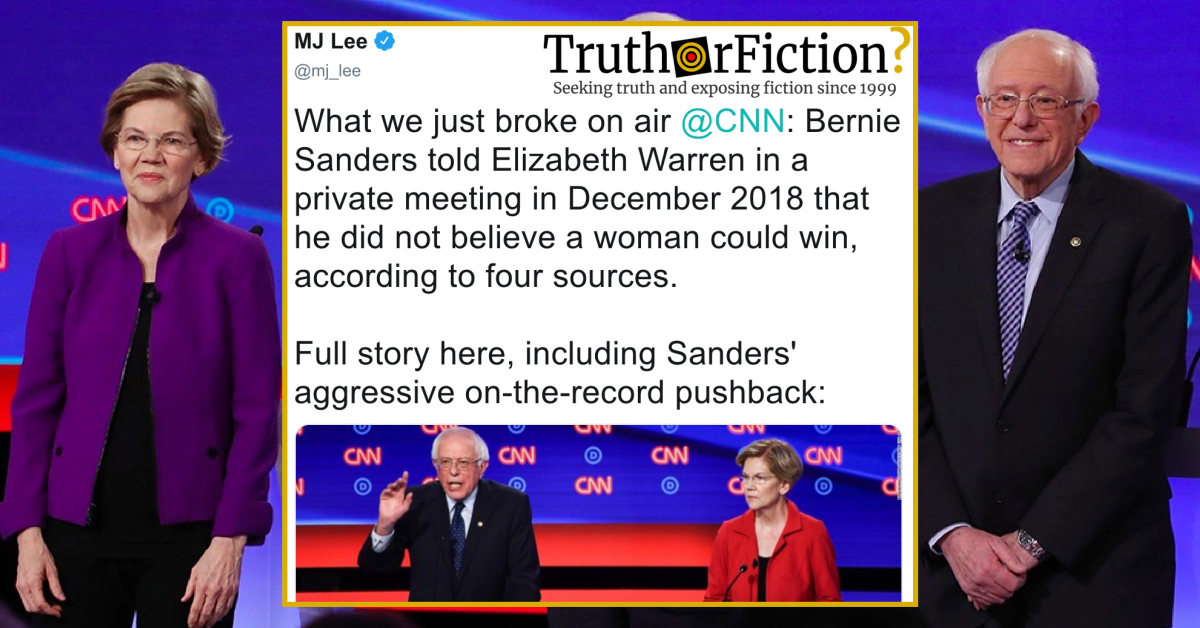 A controversial pre-debate CNN story about Bernie Sanders and Elizabeth Warren proved to be predictably divisive, a tone the network carried over to the debate it hosted. 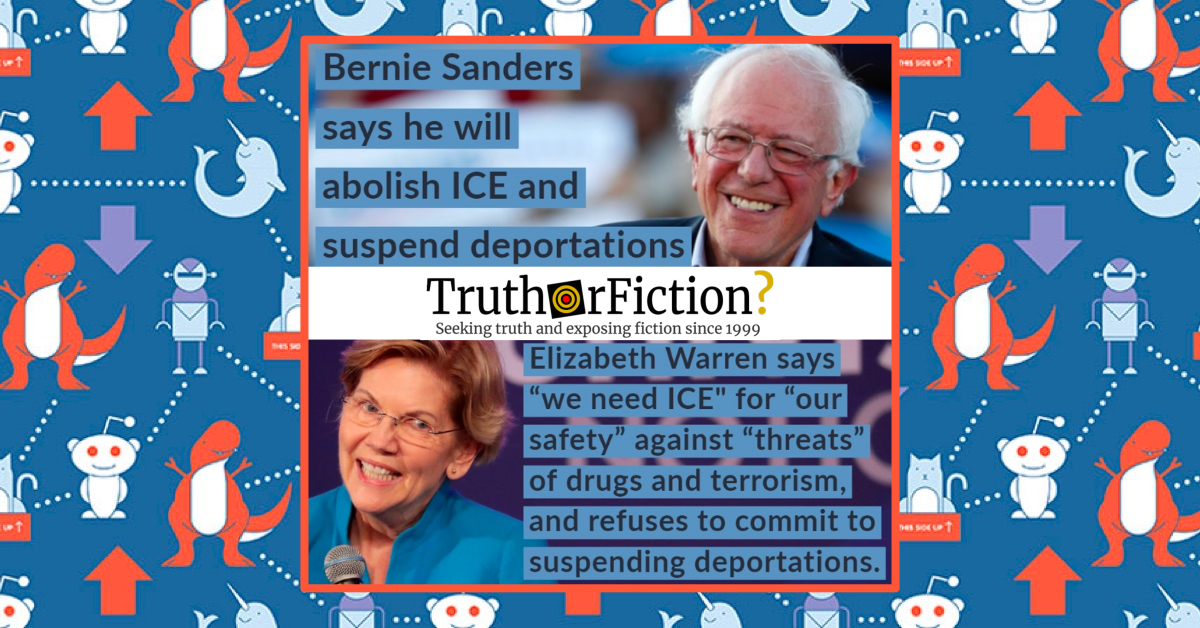 Memes purportedly contrasted the positions of two presidential candidates on Immigration and Customs Enforcement, or ICE. 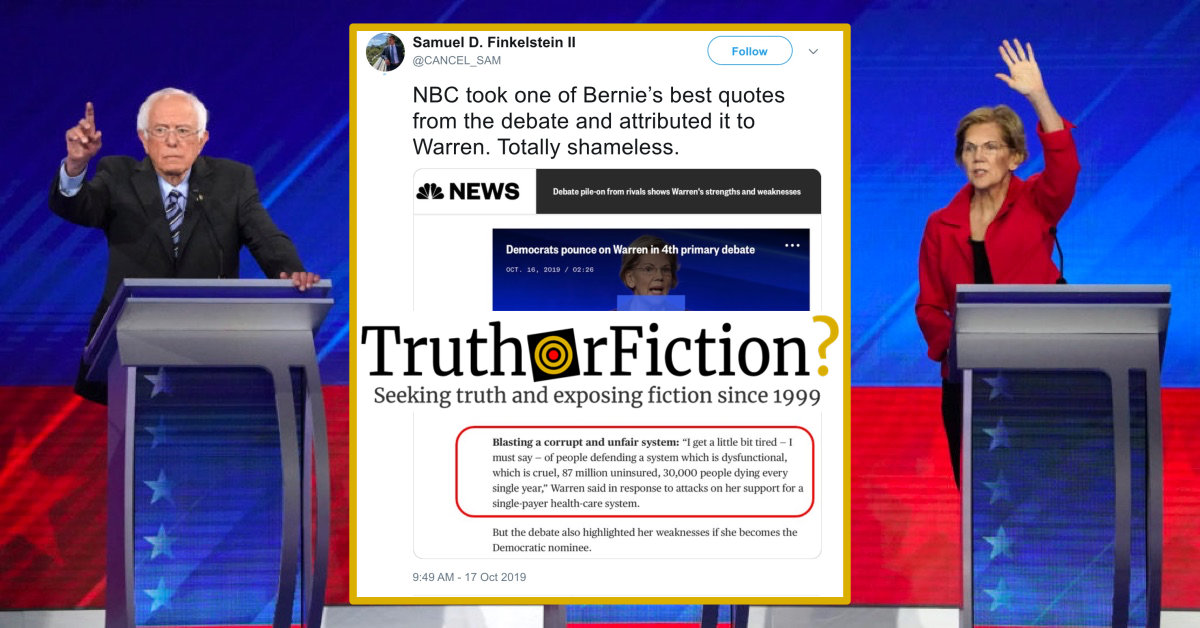 Commenters were confused by a controversy about who said what, thanks to unspecified later edits to already published stories. 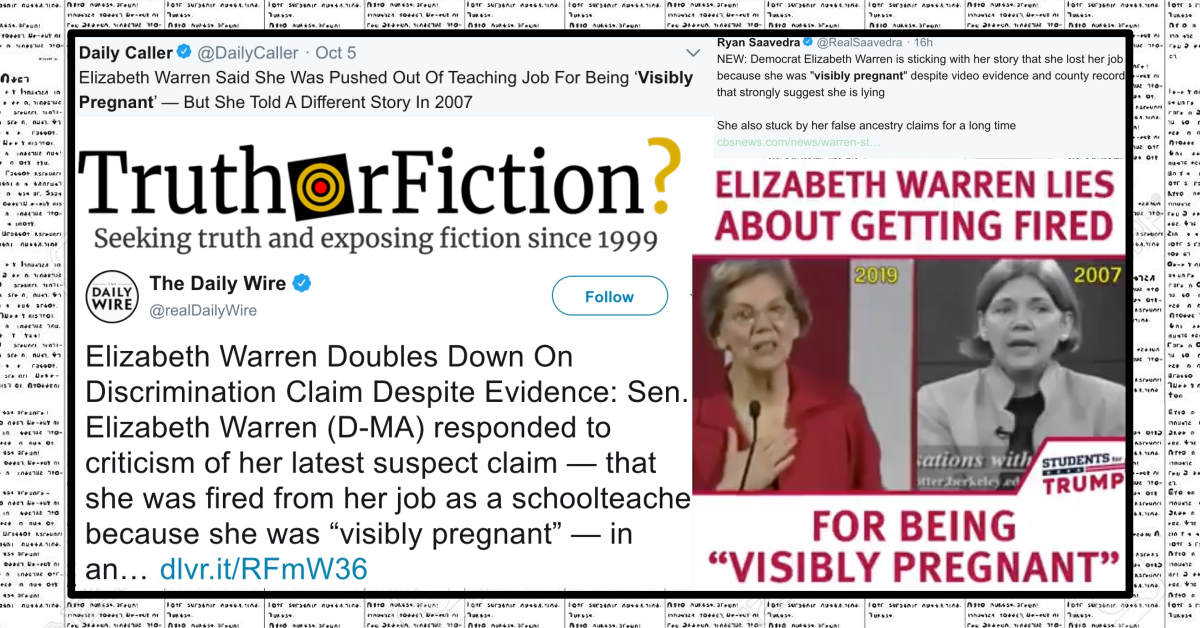 According to rumors, videos disprove the Democratic presidential candidate’s claim that she was fired for being “visibly pregnant,” but headlines can be misleading. 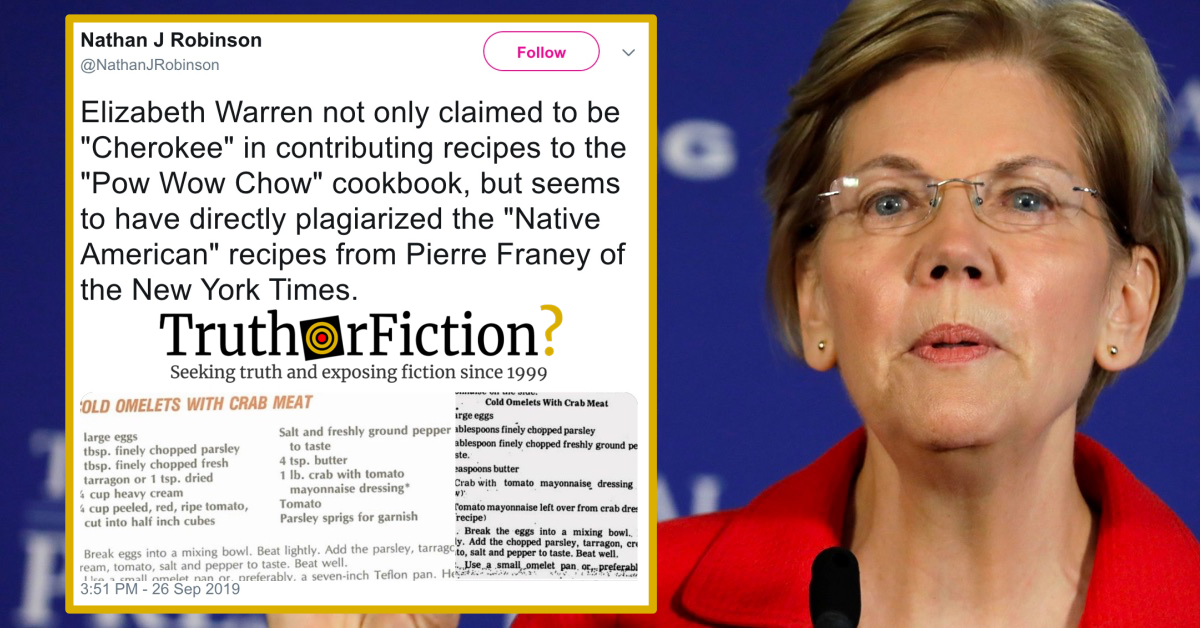 A September 2019 tweet accusing the Democratic legislator and presidential candidate of stealing content for a Native American cookbook lacked a lot of context.

Questions about Sen. Elizabeth Warren’s claims to Native-American heritage have been around since 2012, but there’s no definitive proof either way.

Senator Elizabeth Warren didn’t say, “If Women need to be raped by Muslims to prove our tolerance, so be it. Then thank God for Planned Parenthood.”