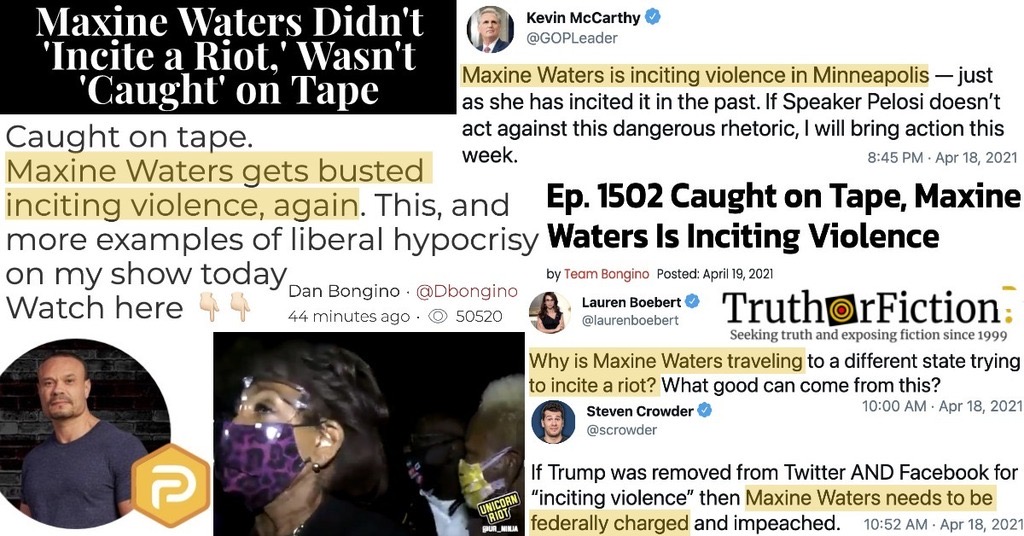 Multiple hyperpartisan sources claimed that the Democratic Congresswoman “incited a riot” in Minneapolis in April 2021. 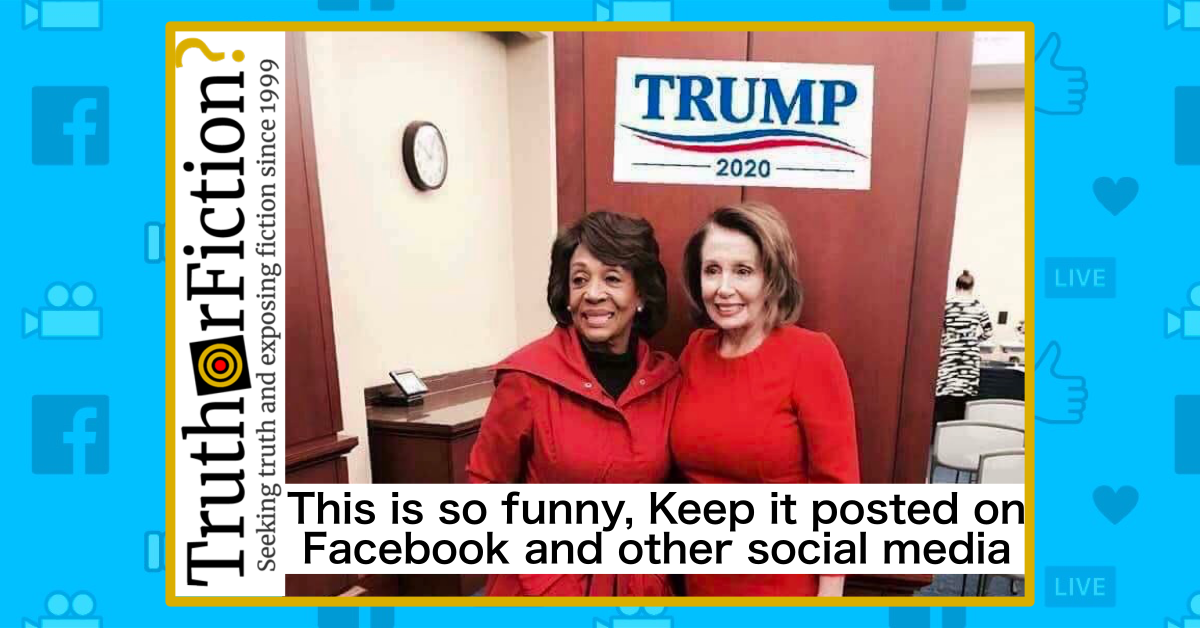 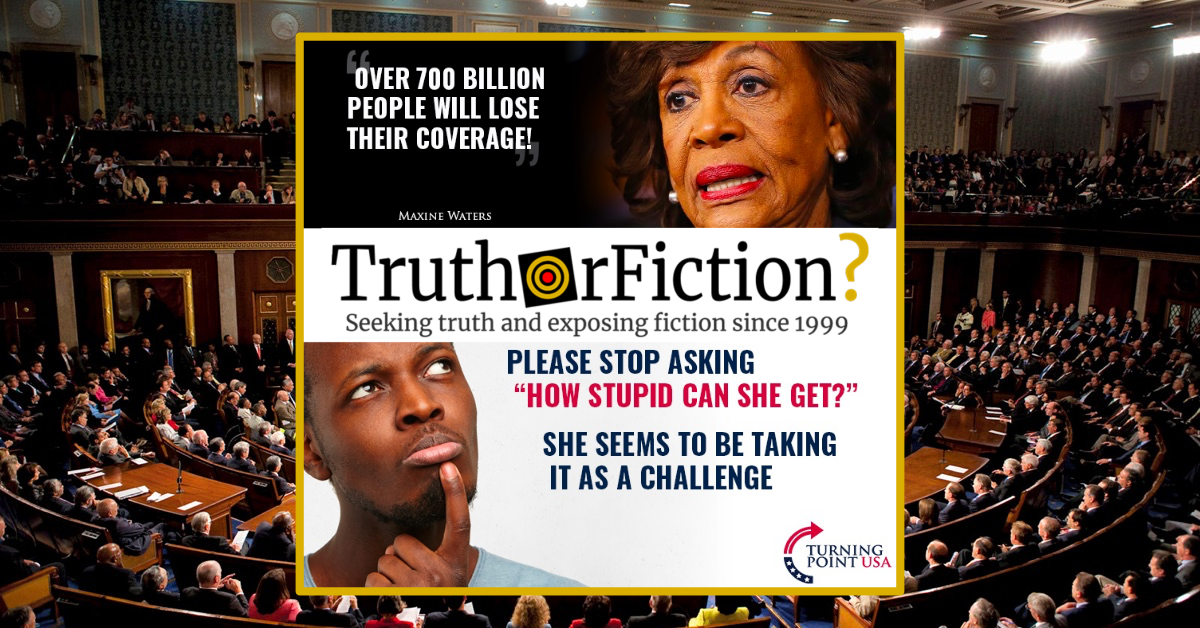 A September 2019 meme from TPUSA claimed that the lawmaker dramatically overestimated the population of the United States.

False claims that Maxine Waters called for an ‘illegal immigrant’ to be appointed to the U.S. Supreme Court are based on a digitally-altered image.

Maxine Waters did not say that her first move as president would be to impeach Donald Trump.

Maxine Waters didn’t say, “My fear is if North Korea nukes us, Trump gonna get us into a war.” A satirical meme was mistaken for factual news. 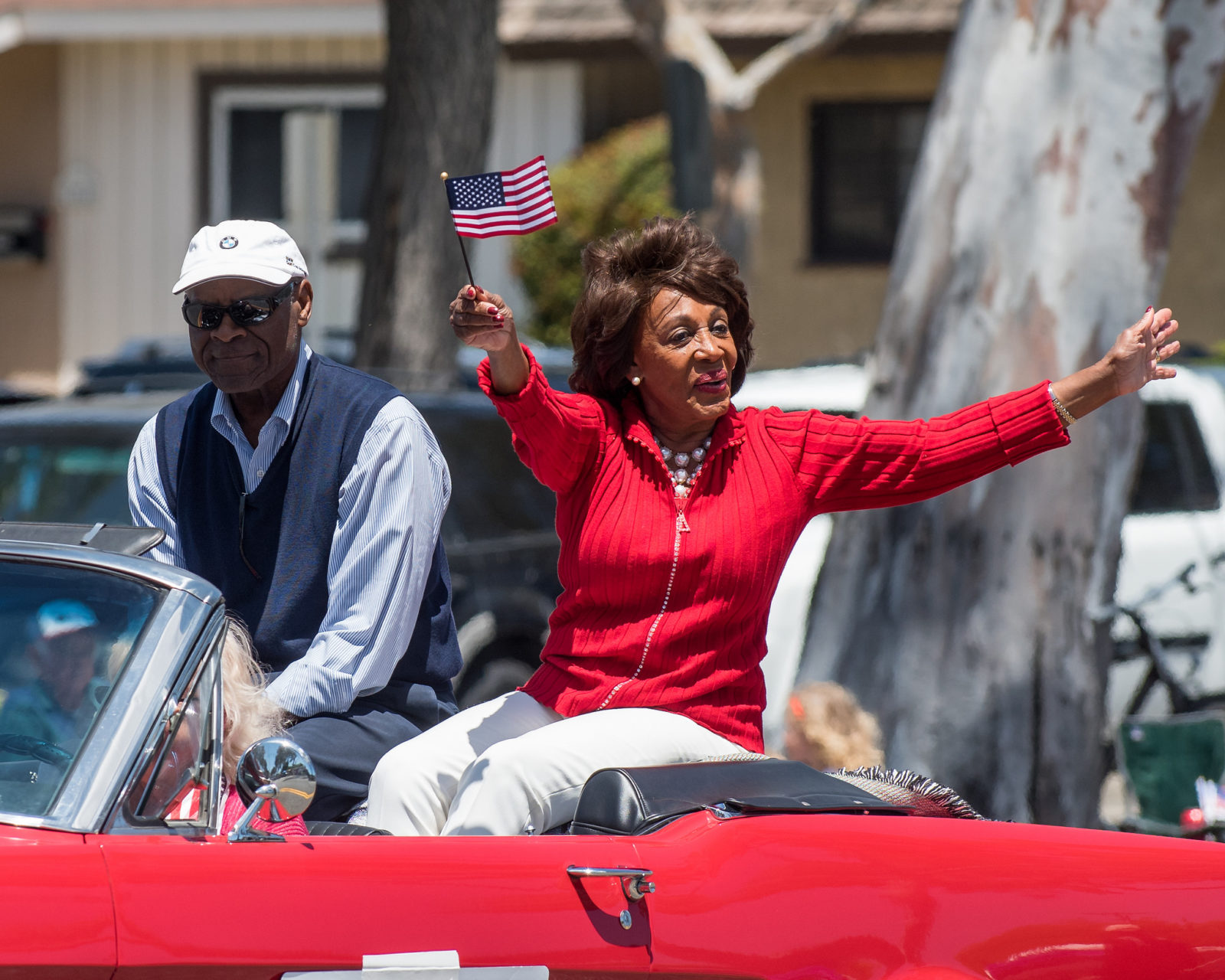 Claims that “Poor” Maxine Waters lives in a $4.5 million mansion outside her home district are based on misleading facts and unproven insinuations.

An imposter Twitter account is behind false claims that U.S. Rep. Maxine Waters called for prayers for Muslims after London terror attacks.

A fake Twitter account made it appear that Maxine Water mistook high and low tide on Venice Beach for side effects of climate change.