In mid-May 2020, Facebook Avatars were introduced — an app function similar to the popular Snapchat-linked app Bitmoji.

However, a number of users reported inability to create a Facebook Avatar despite following the provided instructions to do so in circulating Facebook posts and in news articles (many of which didn’t clarify that the option had not yet been rolled out to everyone on the site.)

According to those articles and posts, users could create a Facebook Avatar by:

In comment threads and in articles, those were the primary directives to create a Facebook Avatar. If the instructions failed, users were advised to try the separate Facebook Messenger app, but detailed instructions were not commonly provided.

On Google Trends, searches for “Facebook Avatar” began appearing on May 15 2020: 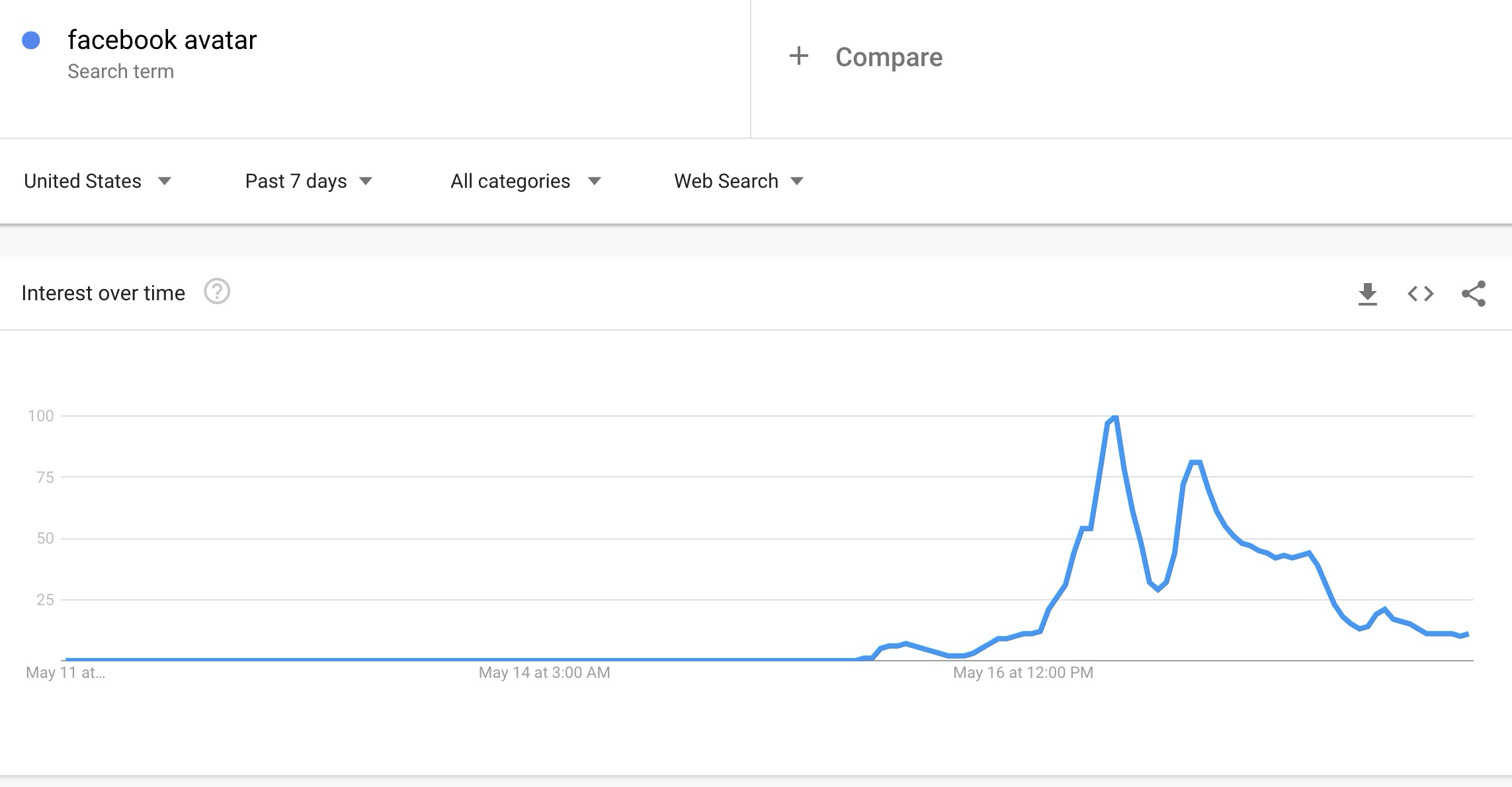 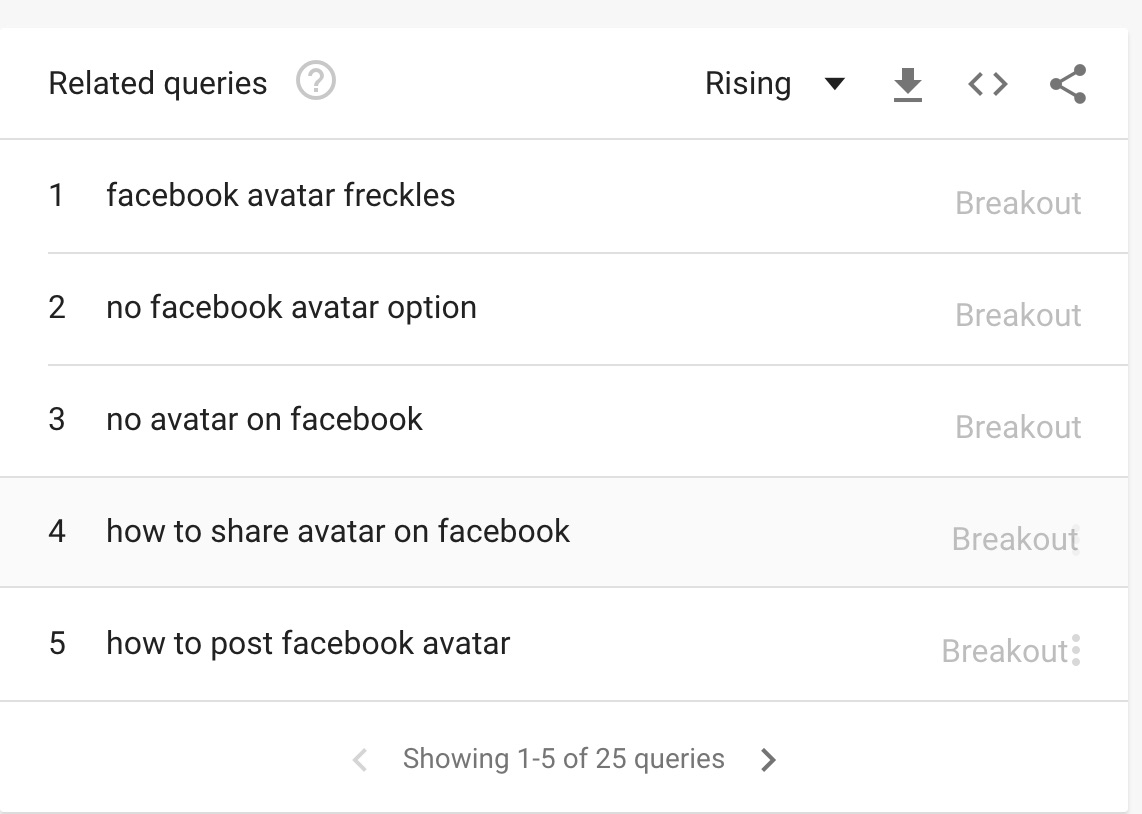 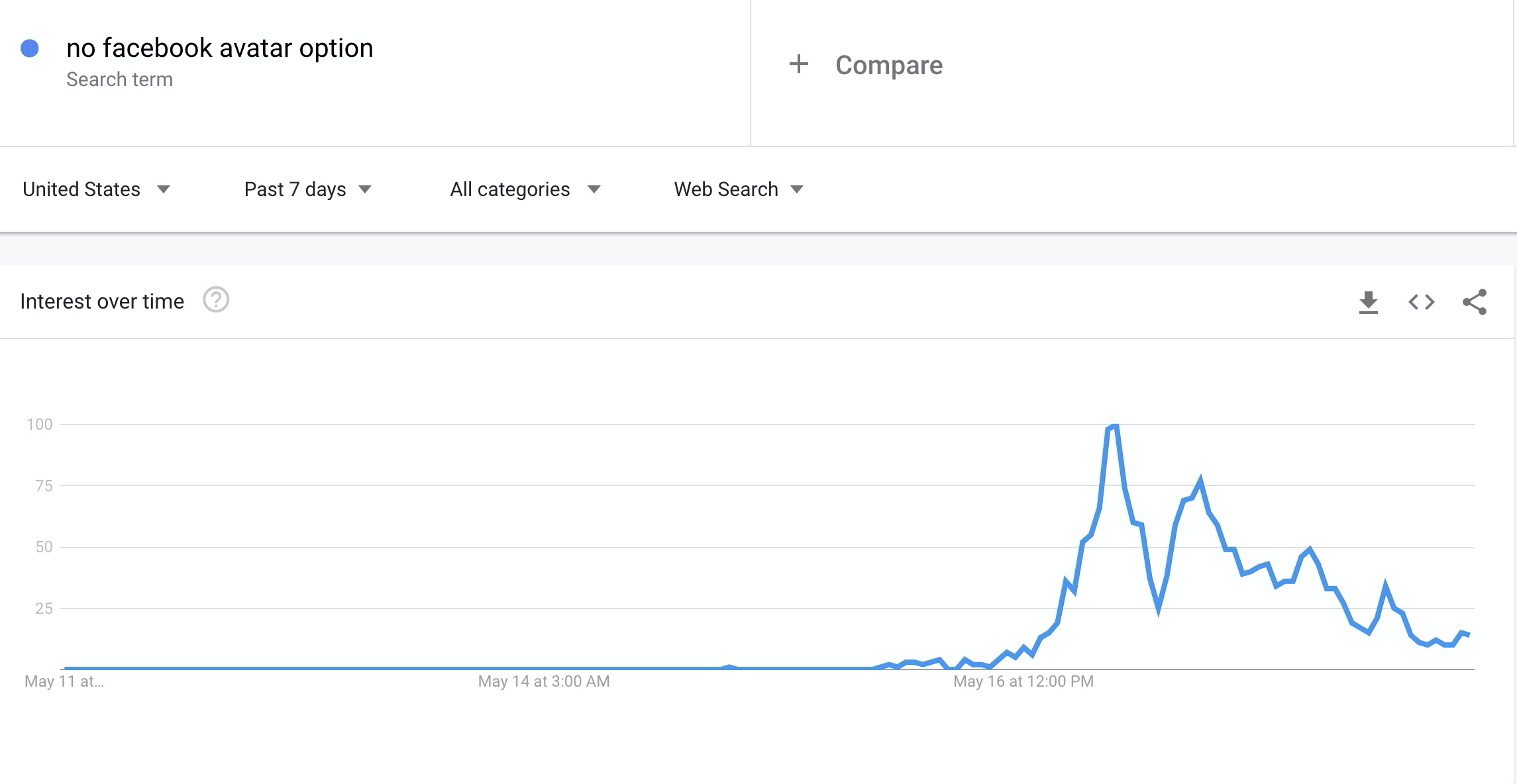 On Reddit’s r/facebook, u/buybeverlyhills posted about being unable to access the Facebook Avatar option under the “three lines” menus:

Commenters on that post shared a number of purported fixes, all of which did not seem to work (and some of which represented a significant hassle). The options — most of which included data points from fellow users indicating they did not work — included: