NBC Got Rid of Leno Because of Obama Jokes-Fiction!

A number of political blogs and websites have reported that the Obama administration pressured NBC to replace Jay Leno as the “Tonight Show” host because the comedian repeatedly made fun of the president.

The Truth:
This eRumor is false because Jay Leno’s replacement, Jimmy Fallon, has historically been a more consistent critic of the president and congressional Democrats than Leno was. 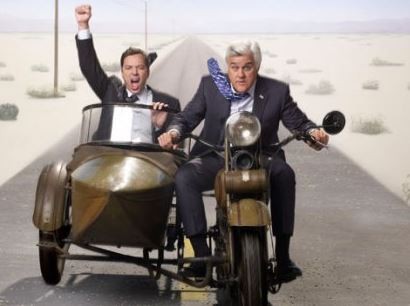 Democrats were the butt of 713 jokes made by late-night talk show hosts in the first half of 2013, and nearly 300 of those jokes targeted Obama, according to an August 2013 study by the Center for Media and Public Affairs.

“Jimmy Fallon was the toughest on Democrats, with over three times as many jokes about Democrats (240) as Republicans (76),” the study concluded.

It would defy logic for the White House to advocate for a personnel move that brought a more consistent critic of the president and the Democratic agenda to the “Tonight Show.”

An NBC executive said the 62-year-old Leno was replaced by the 38-year-old Fallon to attract younger viewers, according to a Washington Post article.