Summary of eRumor:
An image of a Columbia University Identification card has been circulating the World Wide Web that has the name Barry Soetoro and photograph of Barack Obama.   The ID card also stated that he was a foreign student.

We believe that this card to be a forgery after finding a card with the same student registration number on the web site belonging to Thomas Lugert in Germany.   Click for Lugert’s web site.

TruthOrFiction.Com has found no evidence that Barack Obama used any other names other than his own while attending Columbia University. 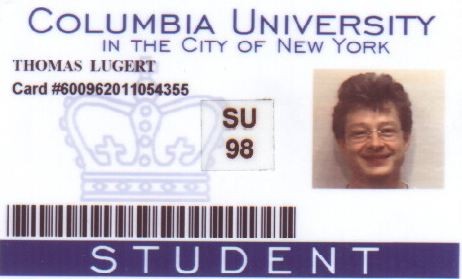