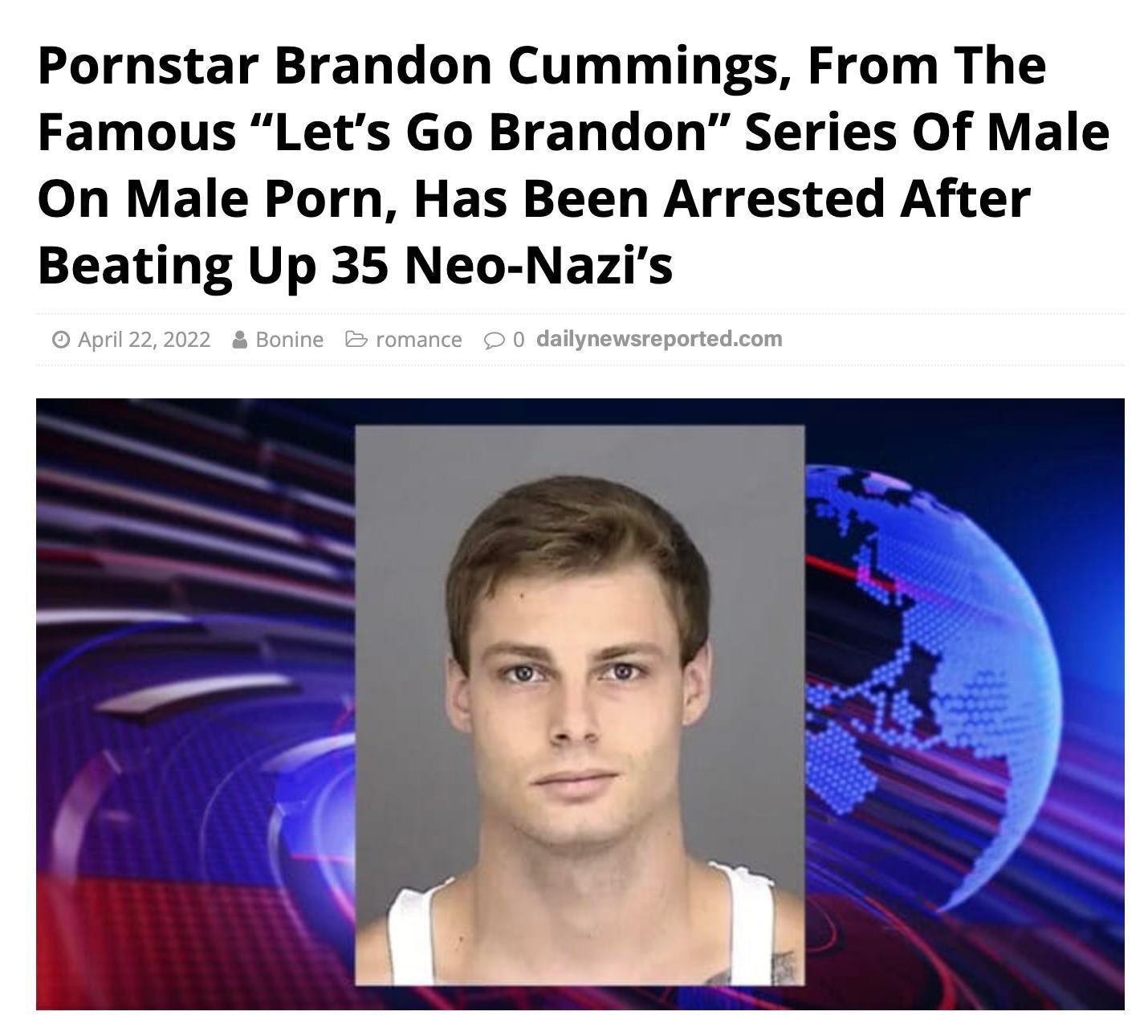 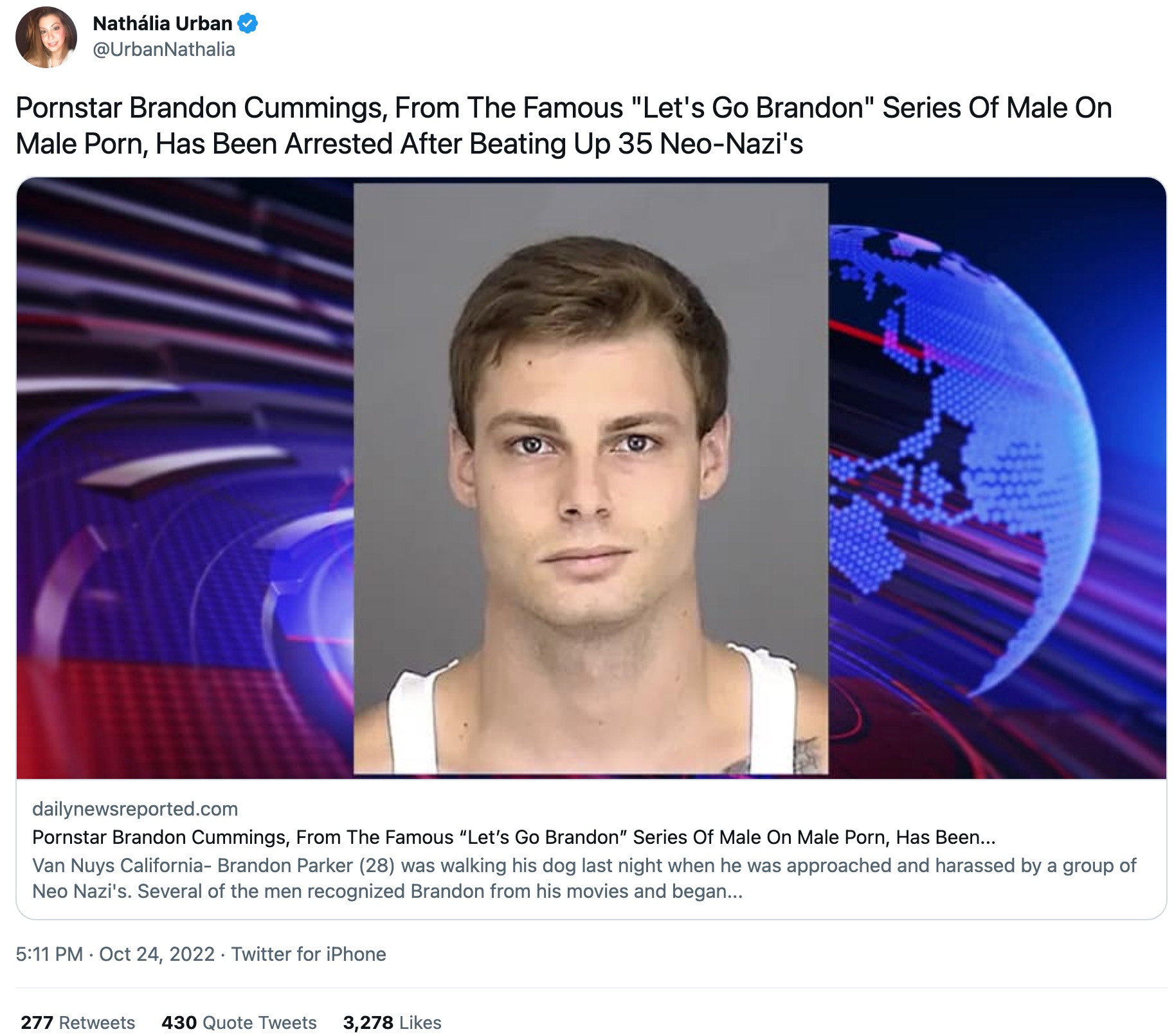 The same search returned a link to the content shown in the screenshots from the website dailynewsreported.com, dated April 22 2022. In that context, the satirical nature of the “news” was reasonably clear:

One of the Nazis moved in closer and went to kick Tiger, but Brandon was ready and hit him with a leg sweep knocking him to the ground. After that came a flurry of kicks and punches that eliminated each Nazi one by one. Authorities were called in by concerned citizens not knowing what had just taken place. Brandon was arrested and taken in for questioning and , but later released once video evidence showed that he was protecting himself against the 35 men.

An “About Us” page on dailynewsreported.com explained:

Daily News Reported is a fabricated satirical newspaper and comedy website. Daily News Reported uses invented names in all its stories, except in cases when public figures are being satirized. Any other use of real names is accidental and coincidental.

Daily News Reported is not intended for people under 18 years of age.

As for the image, its exact origin was unknown. A reverse image search indicated it appeared on a 2014 BuzzFeed listicle of “hottest mugshots,” based on a Tumblr account devoted to flattering mugshots, but there the trail went cold.