The American Red Cross is Donating Fifty Cents for Every Fifty Emails Forwarded for Victims of Hurricane Katrina–Fiction! Summary of eRumor: There are a couple of versions of this eRumor. One is said to be from a person named Brenda or Loily and says that the Red Cross has offered to give fifty cents for […]

Gift Certificate from Applebees Restaurants for Forwarding an Email to Your Friends-Fiction!  Summary of the eRumor: This message claims to come from the founder of Applebees’ restaurants.  It says that they want to get the word out to people in rural areas and if you’ll forward the email to 9 other people, you’ll get a […]

These appear to be very official looking emails from the Internal Revenue Service informing reader that their information on record needs to be updated.

Forward an Email for Gap Clothing and Get Free Product-Fiction!     Summary of eRumor:  There are several versions, but the theme is that GAP clothing wants to get the word out on the Internet and has set up a special way of tracking emails through hidden technology in Windows 95 and 98.  If you […]

Forward an Email to Five People…win $100-Fiction!   Summary of eRumor:   This simple email says to forward it to five friends and a box will appear on your screen telling you you’ve won $100.  It includes the web address of iwon.com. The Truth: This is a hoax.  www.iwon.com is a real website where prizes can […]

Eighteen Year Old Jeff Has Cancer, Forwarded Emails Will Help Pay His Expenses-Fiction!     Summary of eRumor: Jeff deLeon has lung cancer from second hand smoke as well as a tumor from being beaten.  The doctors say he’ll die without medical care, but his family can’t pay for it, so Make A Wish foundation will […]

The subject of rumors, hoaxes, and urban legends is an entertaining one. The value of studying them, however, is far more than entertainment. The lessons learned are important to life. THE STUDY OF RUMORS HELPS US BE MORE ALERT TO FALSE INFORMATION IN OUR EVERY DAY LIVES The more we learn about Internet rumors, the […] 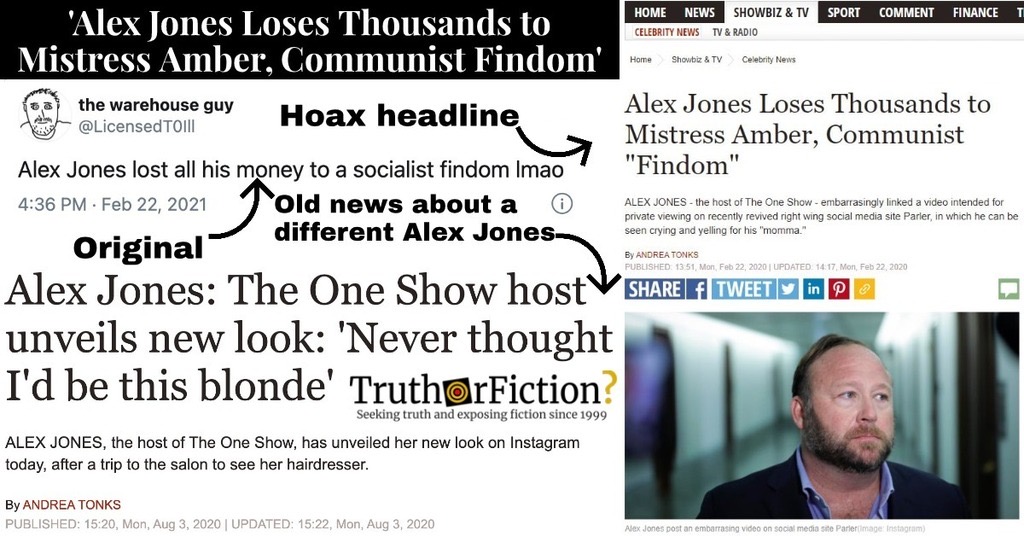 A phony screenshot of a headline claiming that the InfoWars host had “lost thousands” (of dollars) to a “Communist findom” circulated across social media. 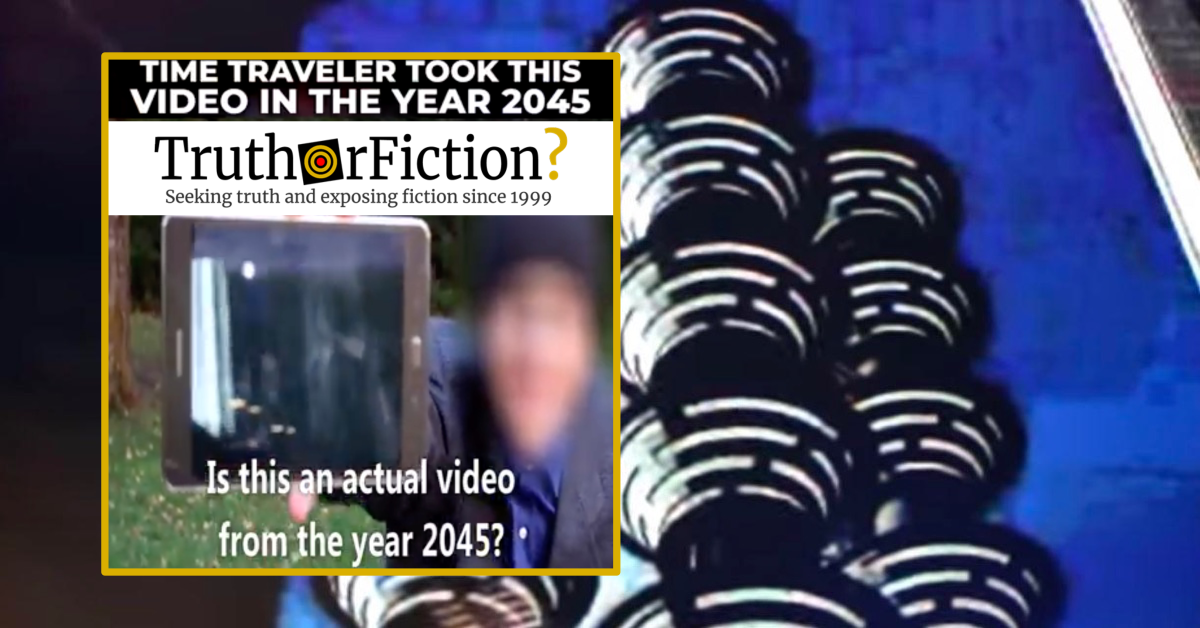 A viral video purporting to show a time traveler from a quarter of a century in the future tells us more about disinformation and how the media amplifies it than it does about the decades ahead.

What We Do TruthOrFiction.com is a non-partisan website where Internet users can quickly and easily get information about eRumors, fake news, disinformation, warnings, offers, requests for help, myths, hoaxes, virus warnings, and humorous or inspirational stories that are circulated by email. TruthOrFiction.com is designed to be of value to the ordinary user of the Internet […]