On March 31 2020, a bored-in-quarantine internet turned its attention to a state governor getting national attention, and decided a photograph showed Gov. Andrew Cuomo’s “pierced nipples.”

A post to Reddit’s r/TIHI (“thanks, I hate it”) went particularly viral, and and appended photograph of Cuomo (the governor of the state of New York) in the standard lawmaker disaster attire of a white polo shirt appeared to give away Cuomo’s nipple piercings:

Thanks I hate governor Cuomos pierced nipples from TIHI

Incidentally, post flair on the entry read “Dude’s a hero.” This is quite a claim, so we will take it piece by piece.

State governors typically appear in public in suits and ties or pearls, rarely “dressing down” except for on-the-ground emergencies. After Hurricane Sandy in 2012, New Jersey Gov. Chris Christie came to similar national notoriety after working overtime for his state.

During that round of press coverage, Christie frequently wore a similarly-logoed fleece pullover. So iconic was Christie’s attire in the weeks after Sandy, he appeared on Saturday Night Live and made fun of (among other things) his own outfits:

Christie thanked the Red Cross and first responders. He also thanked his wife, who he said has put up with “a husband who has smelled like a wet fleece for the last three weeks.”

“You have been wearing that fleece a lot,” Seth Meyers noted.

“Oh yeah, it’s basically fused to my skin at this point,” Christie quipped later adding, “I’m going to die in this fleece.”

Christie’s fleece (and Cuomo’s white polo shirt) are examples of nonverbal communication and the sort of symbol that subtly arises in times of national distress. Even governors, who normally take time to dress for the occasion, have bigger fish to fry than wearing suits can handle.

The photograph of “Andrew Cuomo’s pierced nipples” didn’t just spread on Reddit. Over on Twitter, the same image was shared with similar captioning:

I may be confident

but I’m not “Andrew Cuomo exposing his pierced nipples during a pandemic press conference” confident😔 pic.twitter.com/WVSoRKu9Oa

Notably, that photograph was not the same as the one shared to Facebook. Cuomo’s facial expression differed — so was this proof positive Andrew Cuomo’s nipple piercings were on unintentional full display?

As several people pointed out, if those bilateral protrusions were, in fact, nipple rings, they were pretty low on his pectorals. At this point, we are really loath to point out that the design of some nipple rings is such that the ball-clasped edges do fall lower than the pierced appendage, but in the interest of fact-checking we will do so. Although the image below is jeweled and feminine nipple jewelry, you get the idea: 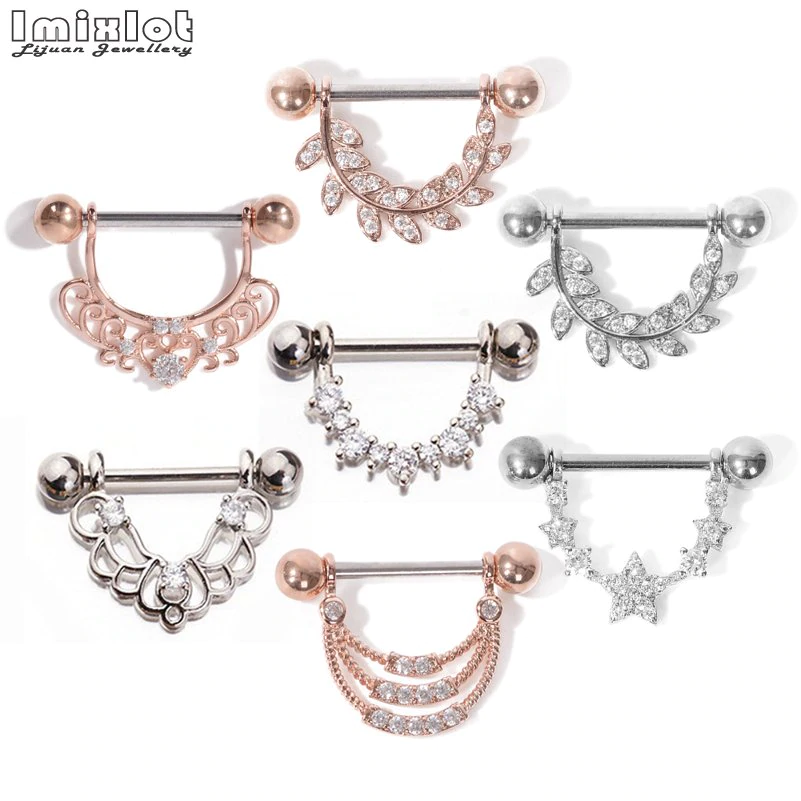 Although New York State has its share of beaches, we were unable to locate a photograph of Andrew Cuomo without a shirt.

Security protocols for notable politicians tend to be kept close to the vest (no pun intended), because public knowledge of what they might be (and thus their weaknesses) defeats their purpose. That said, Cuomo had been publicly feuding with United States President Donald Trump over COVID-19 preparedness and federal aid — or more specifically, the lack thereof.

In fact, pointed comments made by Trump at a March 2020 Fox News Town Hall were widely interpreted as aimed at Andrew Cuomo specifically:

Did the President of the United States Tell Governors Seeking Ventilators That Favors Are ‘a Two-Way Street’?

In that light, a perhaps more relevant theory was floated about “Andrew Cuomo’s pierced nipples” — that the protrusions, too low to be near his nipples, were in fact the buckles of a bulletproof vest: 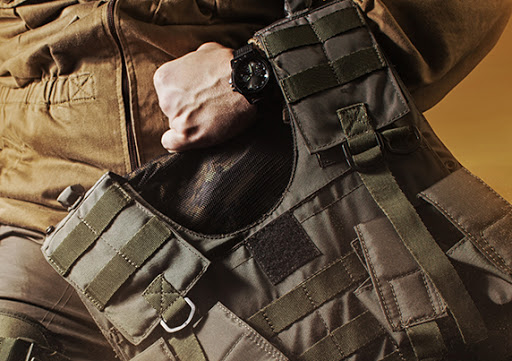 Bulletproof vests come in many variations and with various purposes; the one depicted above is likely for quasi-military applications. Police officers are often seen wearing black kevlar bulletproof vests, all designed to protect the wearer from gunshots to center body mass.

Other vests of the sort have velcro fastenings, and some have plastic, clickable buckles.

Look, the COVID-19 pandemic is a rough time for many Americans and New Yorkers in particular, and if the thought of Andrew Cuomo’s pierced nipples make this pandemic in any way more bearable, we have no desire to take that from you.

Following on from that, nipple piercings and bulletproof vests are not mutually exclusive; who are we do say Cuomo doesn’t have both Kevlar and pierced nipples? And maybe something else that we haven’t even considered yet? Then again, secrecy around security protocols are such that Cuomo is probably best served by the nipple piercing story.

But once again, the “Andrew Cuomo’s pierced nipples” photos depicted protrusions which were quite low relative to his chest, and he was probably already aware that white polo shirts were less preferable than, say, navy blue ones for hiding anything beneath them. The best we can do is mark this Unknown, with the caveat that Andrew Cuomo’s “nipple piercings” were probably Kevlar straps or buckles.