Unlike many other virally popular Imgur posts involving a Twitter screenshot, the “Berlin Wall stood for 10316 days” tweet included a date in the screenshot. The tweet was originally published on February 2 2018, providing a specific fixed date to determine its veracity:

Berlin wall stood for 10316 days, and tomorrow is 10316 days since it is gone. pic.twitter.com/9HdDrnXILx

Alongside an image of a map with the Berlin Wall on it, the tweet read:

On August 13, 1961, the Communist government of the German Democratic Republic (GDR, or East Germany) began to build a barbed wire and concrete “Antifascistischer Schutzwall,” or “antifascist bulwark,” between East and West Berlin. The official purpose of this Berlin Wall was to keep so-called Western “fascists” from entering East Germany and undermining the socialist state, but it primarily served the objective of stemming mass defections from East to West. The Berlin Wall stood until November 9, 1989, when the head of the East German Communist Party announced that citizens of the GDR could cross the border whenever they pleased. That night, ecstatic crowds swarmed the wall. Some crossed freely into West Berlin, while others brought hammers and picks and began to chip away at the wall itself. To this day, the Berlin Wall remains one of the most powerful and enduring symbols of the Cold War.

Inherently, there was some “wiggle room” with respect to the proportions of the claim and the timeframe of 10316 days. The Berlin Wall neither went up nor came down in a single day, although specific dates are considered as significant in its history (as noted above).

On February 17 2022, Reuters published a brief fact-check declaring the claims “we have now reached the point where the Berlin Wall has been down for as long as it stood” were false. The post was based on three Facebook posts (two of which had since been deleted), and the outlet concluded: 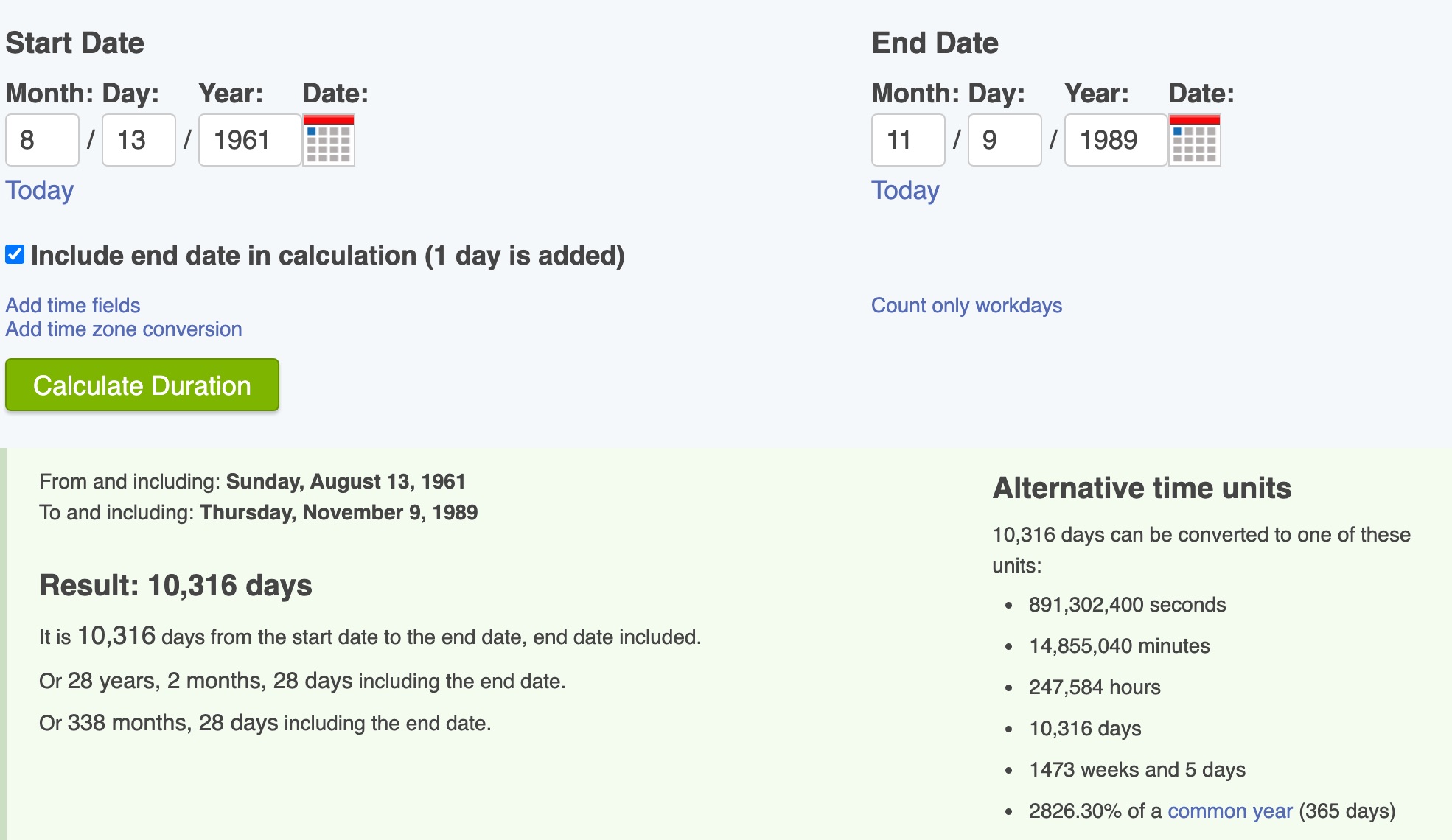 Then we entered November 8 1989 as the “start date,” and the tweet’s date of February 4 2018 as the “end date.” Since the tweet said “tomorrow” (February 5 2018), the calculation indeed lined up to be the same proportion for both timeframes — the amount of time the Berlin Wall stood, and the time elapsed since the fall of the Berlin Wall: 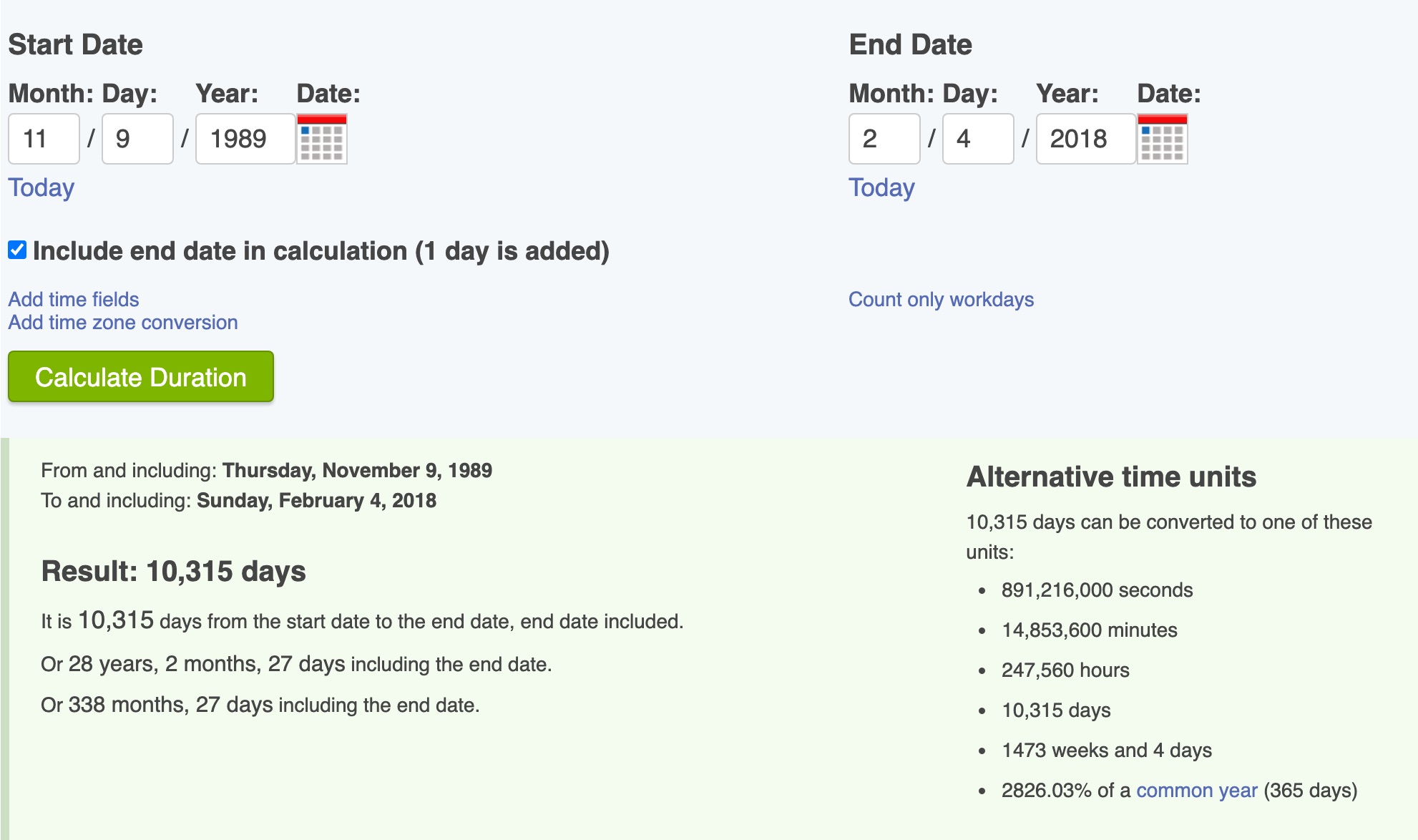 A popular Imgur post featured a user’s “13th favorite” post, a February 2018 tweet claiming that the Berlin Wall “stood for 10316 days, and tomorrow is 10316 days since it is gone.” That post included the date of the tweet, February 4 2018. A date duration calculator confirmed that the tweet was accurate on February 4 2018, a detail apparent when viewing the post with the date included. Although the tweet was accurate, we rate the claim Decontextualized, due to the additional passage of time since the tweet first appeared.