A group of chief executive officers resigned their positions suspiciously close to the outbreak of the COVID-19 pandemic.

In March 2020, as conspiracy theorists rushed to find “meaning” to the COVID-19 pandemic, one graphic circulating online listed departures from several high-profile companies which suggested that the executives left their positions in advance of the disease spreading: 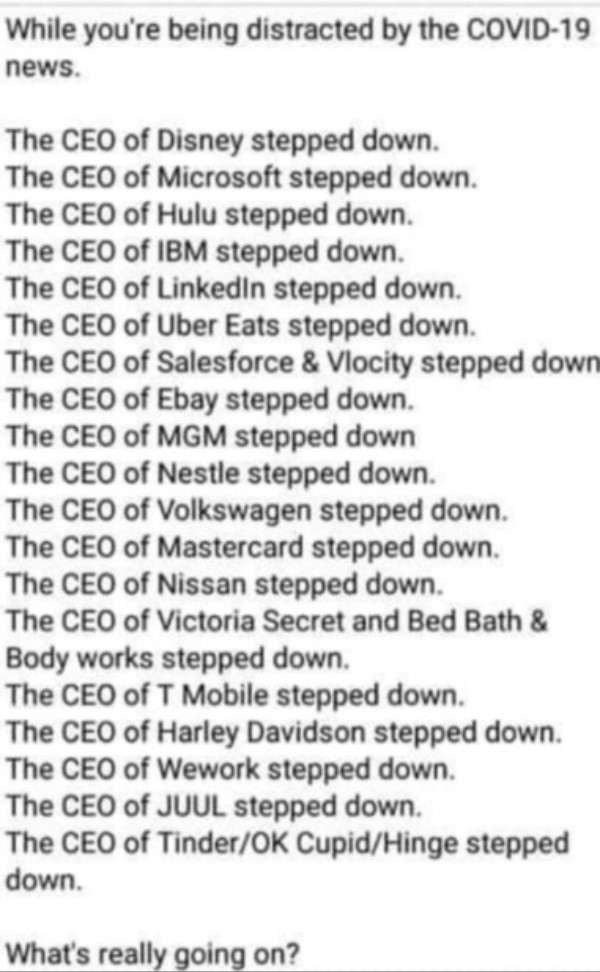 But looking at the actual circumstances of the companies mentioned in the graphic, the results range from a misinterpretation of what “resignations” mean in the corporate world to outright false attempts to connect them to the disease.