A photograph spreading online shows the "Elephant's Foot" lava flow at the site of the Chernobyl nuclear reactor disaster.

Even before a show based on the Chernobyl disaster renewed interest both on and off social media, one of the most vivid online reminders of the April 1986 nuclear reactor meltdown continued to circulate online.

A Facebook post that was shared more than 36,000 times on the platform in December 2019 contains a photograph of shows one of the remnants of the meltdown alongside a short description: 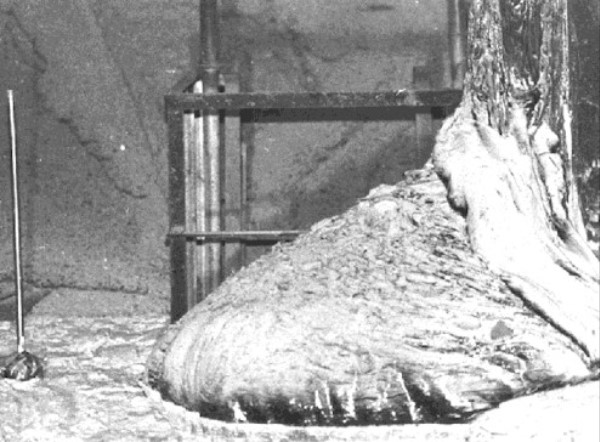 The photo above is the closest humanity has ever come to creating Medusa. If you were to look at this, you would die instantly.

The image is of a reactor core lava formation in the basement of the Chernobyl nuclear plant. It’s called the Elephant’s Foot and weighs hundreds of tons, but is only a couple meters across.

Oh, and regarding the Medusa thing, this picture was taken through a mirror around the corner of the hallway. Because the wheeled camera they sent up to take pictures of it was destroyed by the radiation. The Elephant’s Foot is almost as if it is a living creature.

The post is a reprinting of a 2012 Tumblr post about the Elephant’s Foot, one that is accurate about the origin of the photograph and not far off from the truth about the consequences of being in the presence of the toxic mix of uranium, silicon dioxide, and other materials — which is still active. Dozens of workers died during the explosion and subsequent cleanup efforts due to acute radiation syndrome.

As the science magazine Nautilus reported in 2013:

After just 30 seconds of exposure, dizziness and fatigue will find you a week later. Two minutes of exposure and your cells will soon begin to hemorrhage; four minutes: vomiting, diarrhea, and fever. 300 seconds and you have two days to live.

Other images of the Elephant’s Foot have also gained notoriety. They are believed to have been taken 10 years after the fatal meltdown by a man identified as Artur Korneyev: 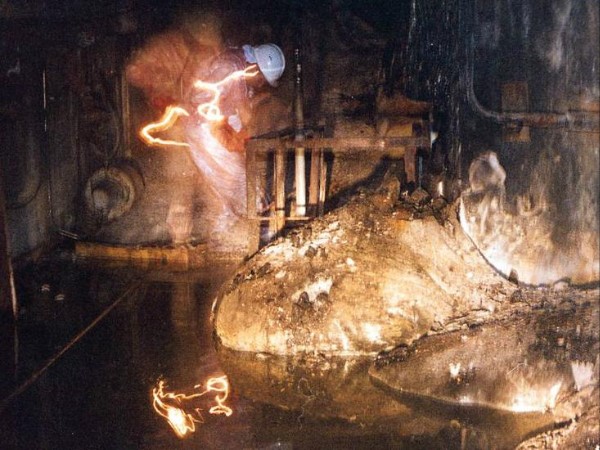 In 2014, Korneyev was interviewed by the New York Times for a story on the construction of a $1.5 billion structure that would cap airborne emissions from escaping the site of the former reactor:

Artur Korneyev, 65, a radiation specialist, at his home in Slavutich. After the accident, his job was to locate radioactive fuel on site and determine radiation levels to limit the exposure of other workers.

These days Mr. Korneyev works in the project management unit, but because of his health — he has cataracts and other problems related to his heavy radiation exposure during his first three years — he is no longer allowed inside the plant. “Soviet radiation,” he joked, “is the best radiation in the world.”

The site of the reactor and the neighboring town of Pripyat were made open for tours by the public in 2011. In 2019 the pop culture site Consequence of Sound reported that the success of the HBO show Chernobyl, a dramatization of the fatal disaster, led to a 35 percent increase in tour bookings compared to 2018. But one of the side-effects of that increased attention was an influx of visits from social media “influencers,” who would post “sexy” photographs of themselves in the area.

“If you visit, please remember that a terrible tragedy occurred there,” series creator Craig Mazin posted in response. “Comport yourselves with respect for all who suffered and sacrificed.”