On January 29 2020, news network CNBC received some criticism for its portrayal of a policy proposal set forth by Democratic Party Sen. Elizabeth Warren the same day. The network said in a tweet that Warren, who is currently running for the party’s presidential nomination had proposed “criminal penalties for spreading disinformation online”: 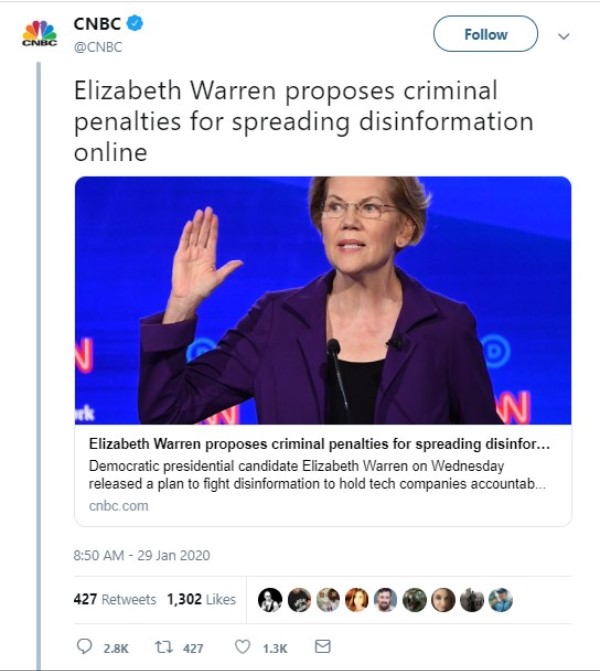 At the time of publication the tweet was shared less than 700 times while amassing more than 3,700 replies, a phenomenon known as “a ratio” by social media regulars. The bulk of the criticism noted that CNBC’s vague online headline misrepresented the story by reporter Sunny Kim; the senator’s plan actually addresses a very specific type of disinformation, according to a release from her campaign:

In both the 2016 and 2018 elections, online disinformation sought to depress voter turnout by telling people they could vote via text, giving people the wrong date for election day, and more. I will push for new laws that impose tough civil and criminal penalties for knowingly disseminating this kind of information, which has the explicit purpose of undermining the basic right to vote.

The release cited a study by the non-partisan Brennan Center for Justice containing examples of not only individual Facebook posts sharing bogus voting information, but an advertisement targeting voters in Kansas: 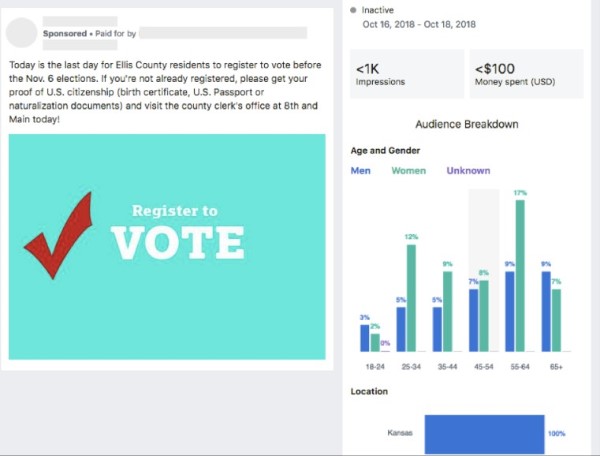 “The ad indicated that voters would need a birth certificate or naturalization document to register. However, over the summer a court struck down the law requiring proof of citizenship,” the report stated. “The ad was sponsored by a Republican candidate and primarily targeted women.”

Some seized on the CNBC tweet (rather than the article or the press release) to paint Warren as targeting the First Amendment: 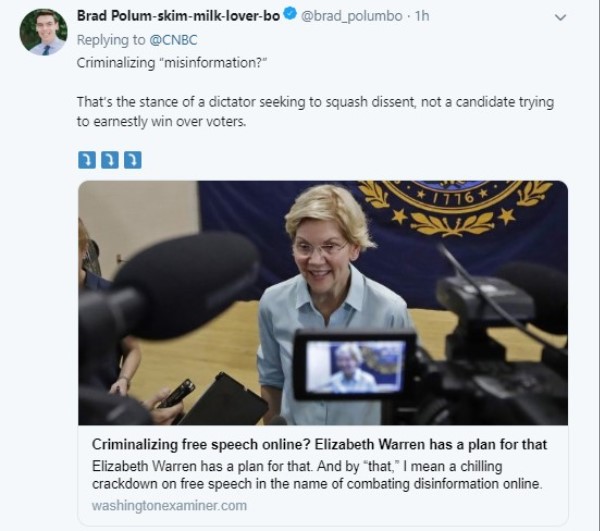 Facebook has refused to subject political advertisements to its third-party fact-checking function, claiming “free speech” as a defense.