Ben Shapiro tweeted that the "endless parade of jokes" about him and his wife didn't bother him, because they both know there are "much more important things in a marriage than sexual satisfaction." 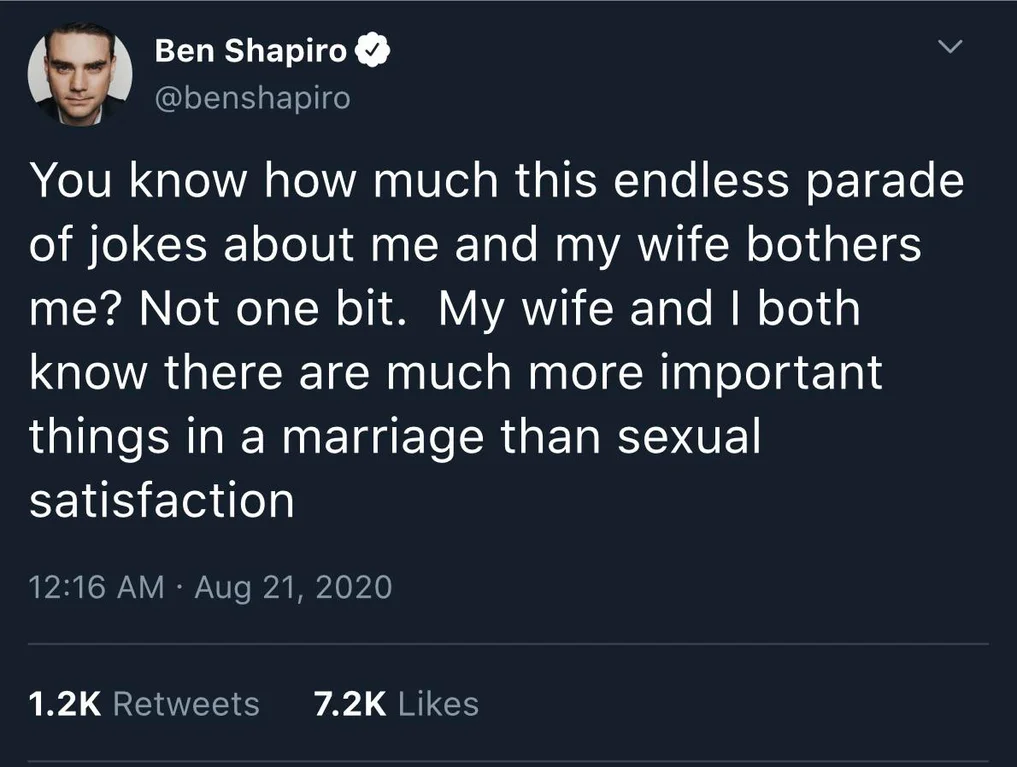 The purported tweet, which spread in screenshot form, said:

You know how much this endless parade of jokes about me and my wife bothers me? Not one bit. My wife and I both know there are much more important things in a marriage than sexual satisfaction.

Earlier in August 2020, Shapiro inadvertently had become the punchline of innumerable Twitter jokes after he attempted to criticize Cardi B and Megan Thee Stallion‘s song “WAP.” Shapiro first read the lyrics on his podcast in a monotone voice and inspired a remix (retweeted by Cardi B):

That particular chain of events prompted Shapiro to defend his critique on Twitter, leading to intensified jokes about his apparent lack of sexual skills:

As I also discussed on the show, my only real concern is that the women involved — who apparently require a "bucket and a mop" — get the medical care they require. My doctor wife's differential diagnosis: bacterial vaginosis, yeast infection, or trichomonis.

Comments on the tweet piled on, or surmised that Shapiro’s wife was soothing his ego:

Ben, Ben, Ben… I think your wife was trying to make you feel better about having never turned her on. Your wife is lying to you, Ben. Aroused women get wet. As pretty much every other woman on the planet who has ever been aroused will tell you.

Based on Shapiro’s initial “doubling down” on what appeared to be minimal familiarity with female arousal, the tweet seemed plausible. However, we only located one screenshot of the tweet (above), and the text rendering seemed off. We were unable to locate any trace of it on Shapiro’s Twitter feed, nor did anyone manually retweet what likely would have been a viral tweet, had it come from Shapiro himself.

A date-restricted reverse image search led to what appeared to be the first iteration of the tweet, purportedly published by Shapiro at 12:16 AM on August 21 2020. Roughly an hour later, the screenshot was shared to Reddit’s r/ToiletPaperUSA, a subreddit satirizing the conservative group Turning Point USA:

Benjamin versus the haters from ToiletPaperUSA

That version was visually identical to the one spreading on Facebook, with the same rendering of text, same date and time stamp, and same number of likes and retweets. Actual deleted tweets often vary in screenshots, with many users capturing screenshots of the tweet at different moments and from different devices.

In the comments of that post, submitter u/carrorphcarp responded to posters discussing Shapiro’s purported tweet, saying that “maybe, just maybe, he didn’t write this at all”: 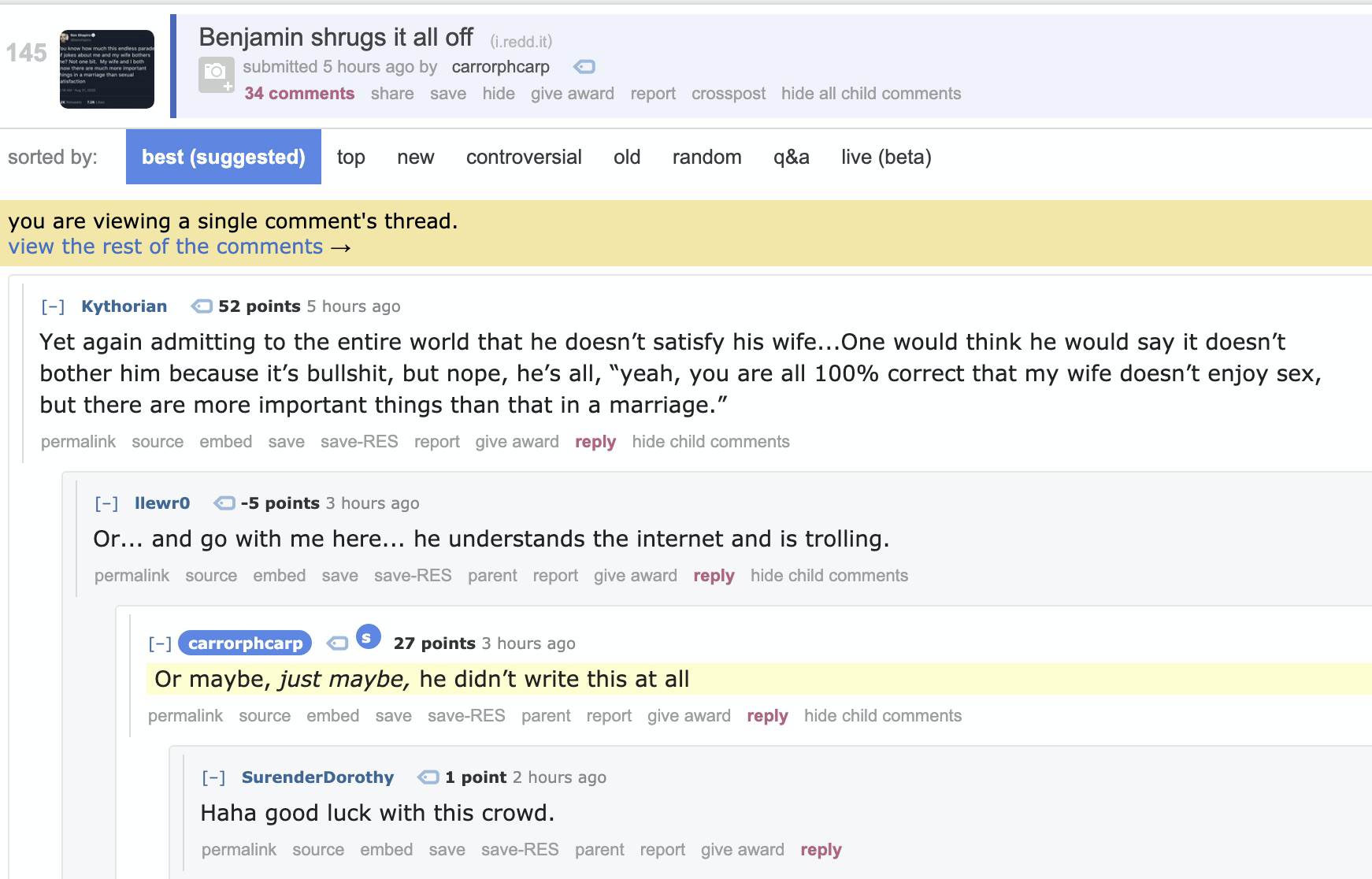 Ben Shapiro’s August 2020 critique of the song “WAP” led to widespread mocking on Twitter, and on August 21 2020, a tweet was attributed to Shapiro. In it, he purportedly said he and his wife “both know there are much more important things in a marriage than sexual satisfaction.” However, the first sharer of the screenshot circulating later commented that the tweet was satire — a claim supported by the lack of any indication Shapiro had tweeted and then deleted that particular comment.