In July 2019 Instagram cosplayer Belle Delphine offered her bathwater for sale, news of which was quickly followed by a rumor that purchasers were afflicted with herpes after drinking it.

Prior to that story appearing, Insider reported:

Belle Delphine recently gave her 3.9 million Instagram followers the chance to buy her bathwater for $30 a bottle.

She posted two photos [in July 2019] and said she was selling it to any “THIRSTY gamer boys” out there.

The 19-year-old cosplay star has become famous for her NSFW content, where she wears very little clothing and makes ahegao facial expressions, sometimes used in Japanese anime and manga pornography.

News of the bathwater selling went viral on its own, prompting a thread on r/AskReddit asking prospective buyers why they were interested in buying it:

People who ordered Belle Delphine’s bathwater, why? from AskReddit

On July 7 2019, a Twitter account posing at the time as “Daily Mail US” published a tweet claiming that fans were contracting herpes from drinking the bathwater:

Screenshots of the tweet as it originally appeared demonstrated that the account (@bakerises) posed as an American version of the UK tabloid Daily Mail at the time the tweet circulated: 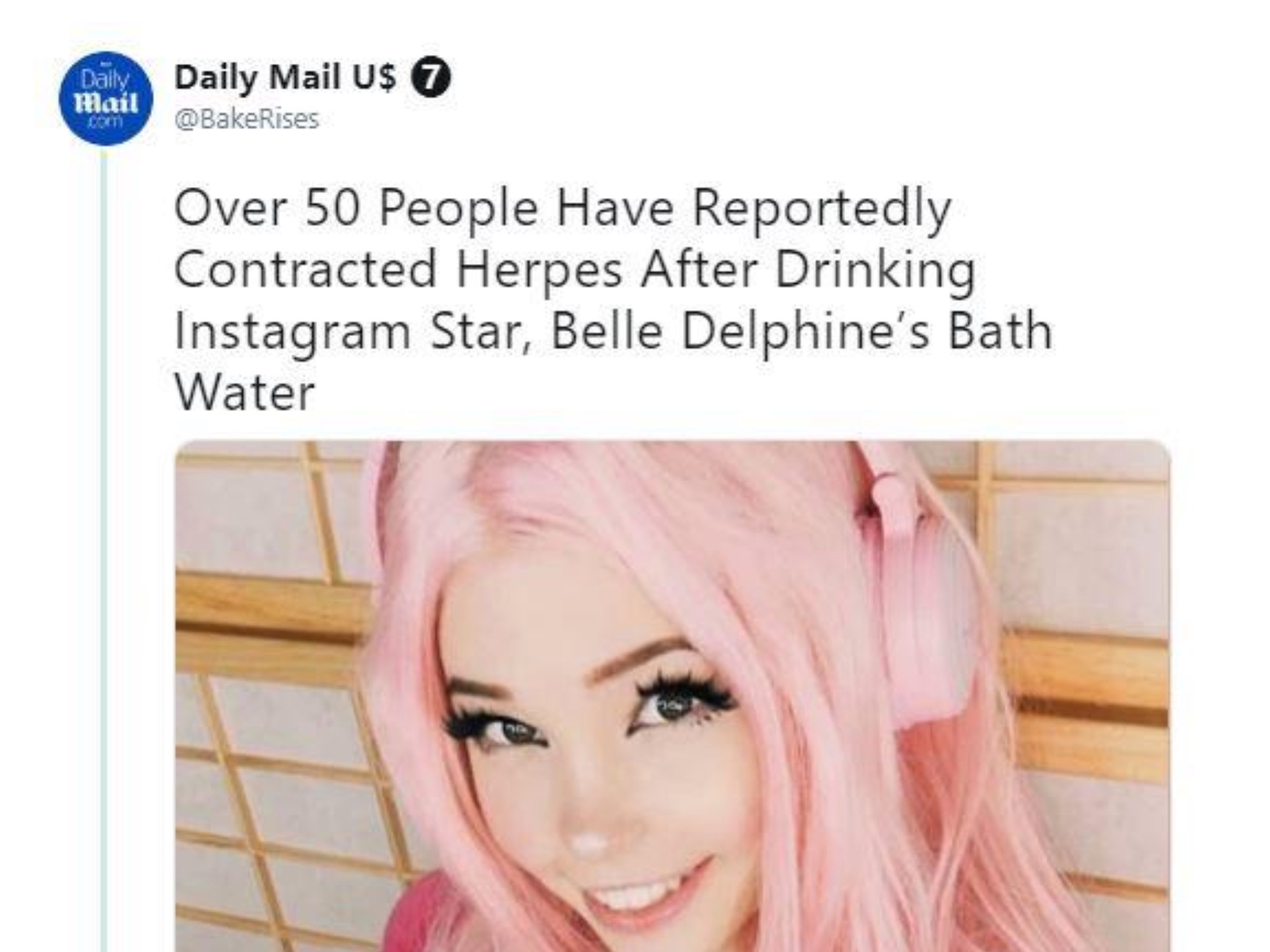 One day after the tweet appeared, someone posted to Reddit’s r/OutOfTheLoop asking about rumors that the bathwater had caused herpes infections:

It is highly unlikely the herpes virus can infect anyone through water. If that were the case, such infections would likely be attributable to swimming in public pools or hot tubs.

Regardless, the story about herpes and Belle Delphine’s bathwater spread due to the accounts temporary appropriation of the Daily Mail‘s logo and moniker. No news story about any diagnoses of herpes among the purported bathwater drinkers existed, and herpes is contracted “by touching, kissing, and sexual contact.”

The original @bakerises account appeared to acknowledge the rumor a day later:

It seems the best way to grow on twitter is to impersonate a company and say things about a celebrity that legally can be considered libel and I could potentially be sued for.