A protester's sign says that the United States will be defeated using "the weakness of liberal leaders."

In late 2018 and early 2019, an image circulated of a man holding a sign that read: “We Will Defeat America By Using The Weakness Of Liberal Leaders”: 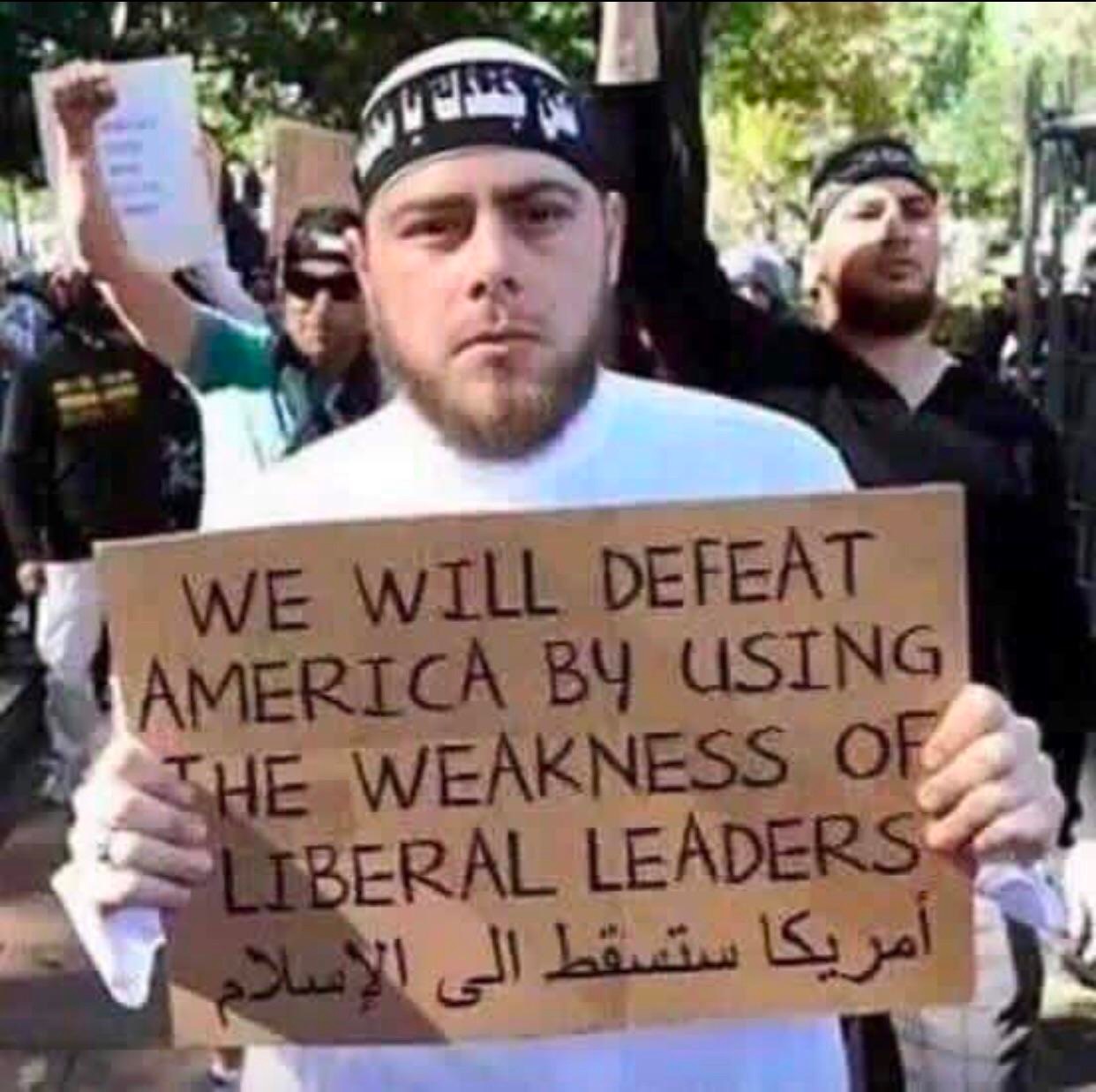 The image rarely appeared with any backstory, and it served as something of a Rorschach test. The “we” who might “defeat America” was implicit only in the protester’s attire and apparent use of Arabic script, and even the conflict in which America might be defeated by undefined, presumable enemies was not mentioned. Despite this, the photograph circulated as a comment meme applied to any number of social media debates.

But did the sign even say this? Going by visual analysis, the answer to that question would appear to be “no.” The image was unevenly pixellated, and tellingly more so on areas where text was featured. Aspects such as the lettering were also clearly computer generated, as every letter “A” was identical and not hand-drawn.

A reverse image search quickly turned up an unaltered version of the photograph, in which the sign read “BEHEAD THOSE WHO INSULT ISLAM!!!”: 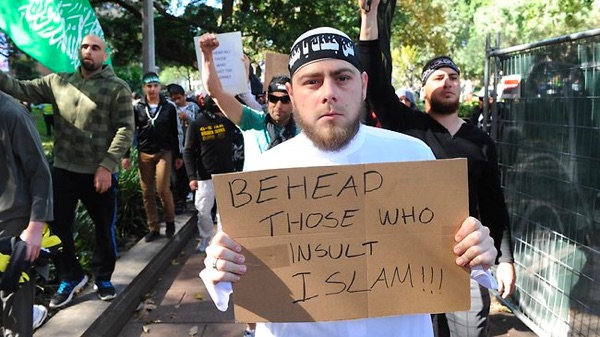 The same search also revealed other creative alterations performed on the same snapshot: 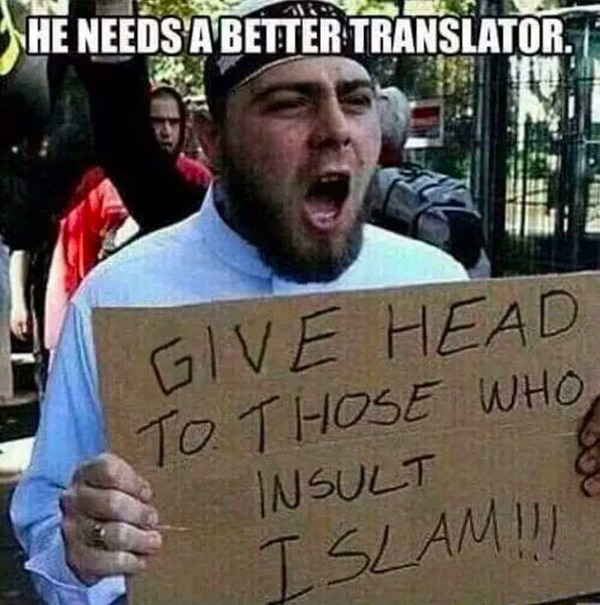 One of the aspects of the “weakness of liberal leaders” version of the altered sign involved the United States, but the original was not originally in any way linked to any American issues.

News articles about protests in Australia featured a still different image of the same sign, reporting:

When Sydney’s CBD erupted with violent protests in 2012 in response to an anti-Islamic video that sparked riots around the world, some horrifying images were seen on our busiest city’s streets.

The violent riots on that September Saturday saw a crowd of around a thousand storm Sydney’s streets battling around 300 NSW and federal police called in to control the crowd.

The August 2014 article quoted above placed the capture of the photograph in September 2012, and during protests in Australia, not the United States. Those protests likely resulted from a worldwide controversy over the short film Innocence of Muslims, a global outcry blamed separately for its purported link to an attack on American government facilities in Benghazi, Libya.

Although the image does show a protester holding a sign, the sign did not say “we will defeat America by using the weakness of liberal leaders,” and it was not even part of a protest in or about the United States. It’s not clear when the image was altered to suggest otherwise, but it was nevertheless obviously doctored.