A retweet by Donald Trump displayed a handle reading "BERNIE BEATS TRUMP" on February 11 2020, after the original user changed their display name.

Ladies and gentlemen, we got him pic.twitter.com/bcCdtluxky

At 11:02 AM on February 11 2020, Trump retweeted a post from user @CANCEL_SAM which included a photograph of Trump with former New York City Mayor Mike Bloomberg. Trump added commentary describing Bloomberg as “short” and calling him “Mini Mike”:

When Trump decided to retweet @CANCEL_SAM, his displayed name was most likely not “BERNIE BEATS TRUMP”: 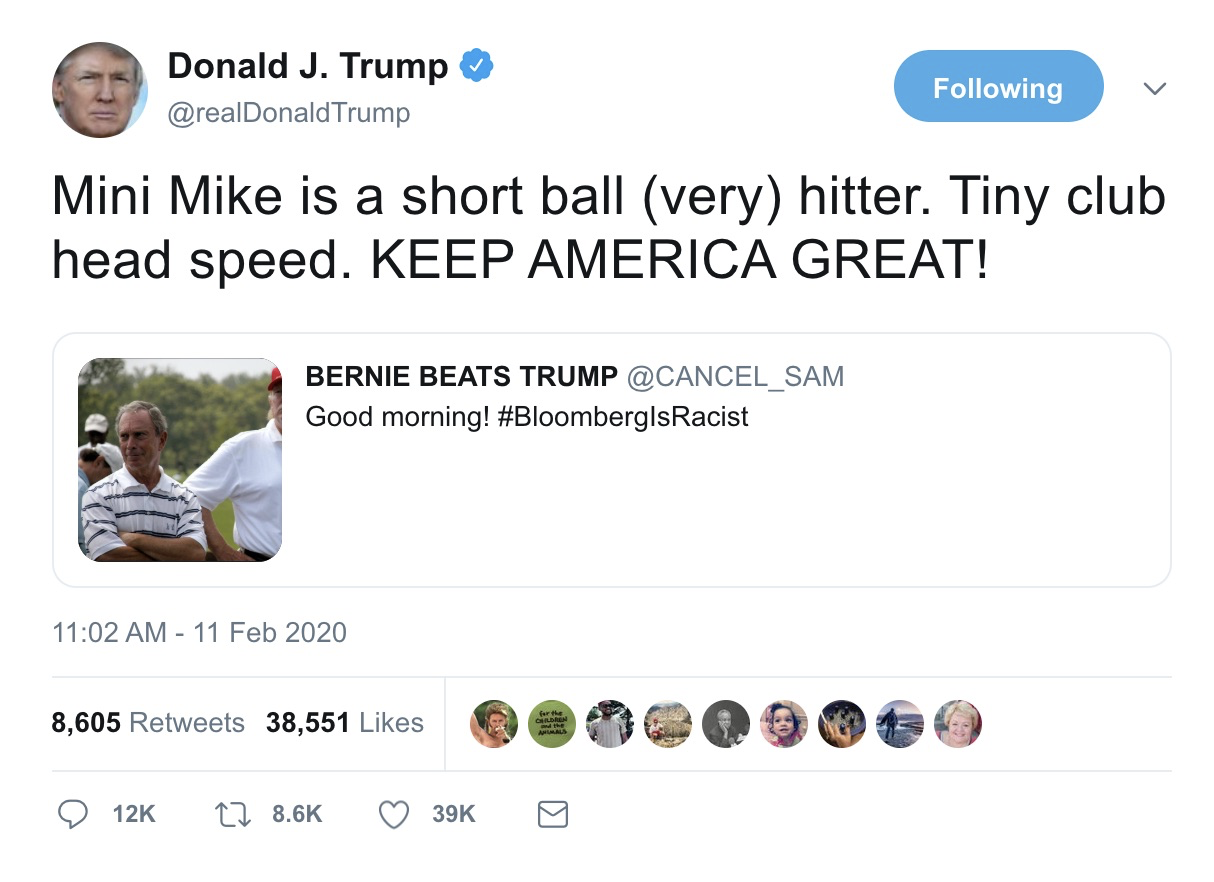 Other people on the social media platform described @CANCEL_SAM‘s quick revision as a clever act of “political trolling”:

This is, and I can’t stress it enough, the finest act of political trolling in United States history. @CANCEL_SAM is the Hunter S. Thompson of our time. pic.twitter.com/gUObx2NbAE

As of 1:04 PM on February 11 2020, the name change remained visible at the top of Trump’s Twitter timeline; it is archived here in the event the retweet is removed or altered.