Frida Kahlo said or wrote: "Leaving is not enough, you must stay gone ... take a lover who looks at you like maybe you are magic."

A popular and lengthy social media quote attributed to Frida Kahlo (containing the lines “leaving is not enough” and “take a lover who looks at you like maybe you are magic”) was shared once again in early April 2019 on Facebook — but the quote and its variations have been around for several years:

"Take a lover who looks at you like maybe you are magic." -Frida Kahlo

A popular early iteration of the common repost was published by the Facebook page Ravenous Butterflies in July 2013 (and again in December 2017 and March 2019). An appended image of Kahlo likely intensified the notion that she penned the commentary about love and strength:

In full, the quote reads:

“Leaving is not enough. You must stay gone. Train your heart like a dog. Change the locks even on the house he’s never visited. You lucky, lucky girl. You have an apartment just your size. A bathtub full of tea. A heart the size of Arizona, but not nearly so arid. Don’t wish away your cracked past, your crooked toes, your problems are papier mache puppets you made or bought because the vendor at the market was so compelling you just had to have them. You had to have him. And you did.

“And now you pull down the bridge between your houses, you make him call before he visits, you take a lover for granted, you take a lover who looks at you like maybe you are magic. Make the first bottle you consume in this place a relic. Place it on whatever altar you fashion with a knife and five cranberries. Don’t lose too much weight. Stupid girls are always trying to disappear as revenge.

“And you are not stupid. You loved a man with more hands than a parade of beggars, and here you stand. Heart like a four-poster bed. Heart like a canvas. Heart leaking something so strong they can smell it in the street.”

It was common for versions of the quote to be posted and later corrected, but not before accruing tens of thousands of shares. Early appearances of the purported Kahlo quotation often included the “Frida Kahlo to Marty McConnell by Marty McConnell” part at the bottom, but it wasn’t long before that fell off and Kahlo was credited for snippets of the quote: 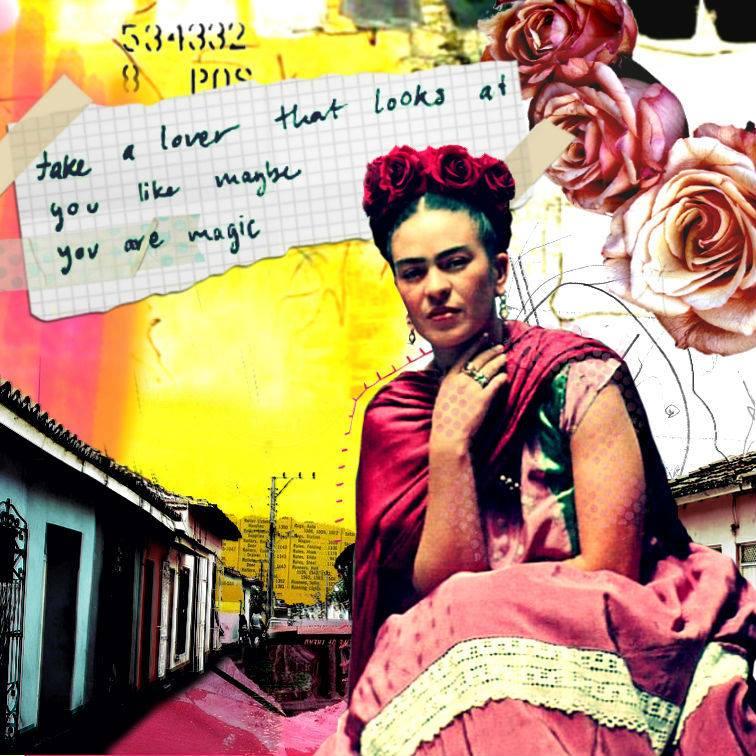 An page on McConnell’s website said that the poem was originally published in Issue 23 of Salt Hill Journal:

It’s awesome that people, especially in the Tumblrverse, love this poem. But I’m posting it here publicly so that I can direct folks here to see that (a) it wasn’t actually written by Frida Kahlo (though um, how amazing would THAT be,) and (b) it is a poem which has linebreaks. Also to note that it was published in issue 23 of Salt Hill Journal, so anybody who wants a print copy can order the issue from them and support literary magazines in the process!

McConnell was interviewed by CBC in November 2014 about the ongoing misattribution of her work to Frida Kahlo. That item linked to a Tumblr created by McConnell later devoted to reposting said inaccurate attributions. One early post references the Ravenous Butterflies post as a possible ground zero for the misattribution:

THIS IS THE PROBLEM WITH CORRECTIONS IN CAPTIONS
instead of in the thing itself. Ravenous Butterflies has since posted a correction, but the object continues to be shared with the misattribution. Le sigh.

Note: this was not written by Frida Kahlo.

In short, the quotes “leaving is not enough” and “take a lover who looks at you like maybe you are magic” were written by Marty McConnell, not Frida Kahlo. Kahlo’s name in the title of the poem appears to have resulted in a popular misattributions on social media starting in 2013. McConnell has collected a number of misattributions and explained on record that the poem is hers, but Kahlo-attributed versions of the same poem still appear regularly across social media.