On November 15 2019, an Imgur user shared a screenshot of a tweet about the purported opening paragraph from a textbook by California Institute of Technology professor David Goodstein called States of Matter:

The beginning to every book should have this good a hook.

No other textbook, and possibly no other book, will ever have a better opening paragraph than Goodstein's "States of Matter": pic.twitter.com/XkjvEj6sZR

In the tweet’s written portion, the user wrote:

No other textbook, and possibly no other book, will ever have a better opening paragraph than Goodstein’s “States of Matter”[.]

Underneath that, text read:

1.1 INTRODUCTION: THERMODYNAMICS AND STATISTICAL MECHANICS OF THE PERFECT GAS

Some readers responded with examples of dry humor from their own collections of textbooks:

Morrison & Boyd’s Organic Chemistry was sprinkled sparingly with gems like, “Everything has a mirror image, except, of course, vampires.” It has been superseded.

One reply summarized the original’s appeal:

This is low key the most metal phrase ever written in a textbook, by far.

The next line is also quite memorable. “Perhaps it will be wise to approach the subject cautiously.”

my statistical mechanics prof quoted this to us the first lecture we had like 6 years ago. this shit really sums it up.

Dr. Goodstein’s States of Matter, published in January 1985, was searchable on Google Books. We went to the first page, which settled matters for us to our satisfaction: 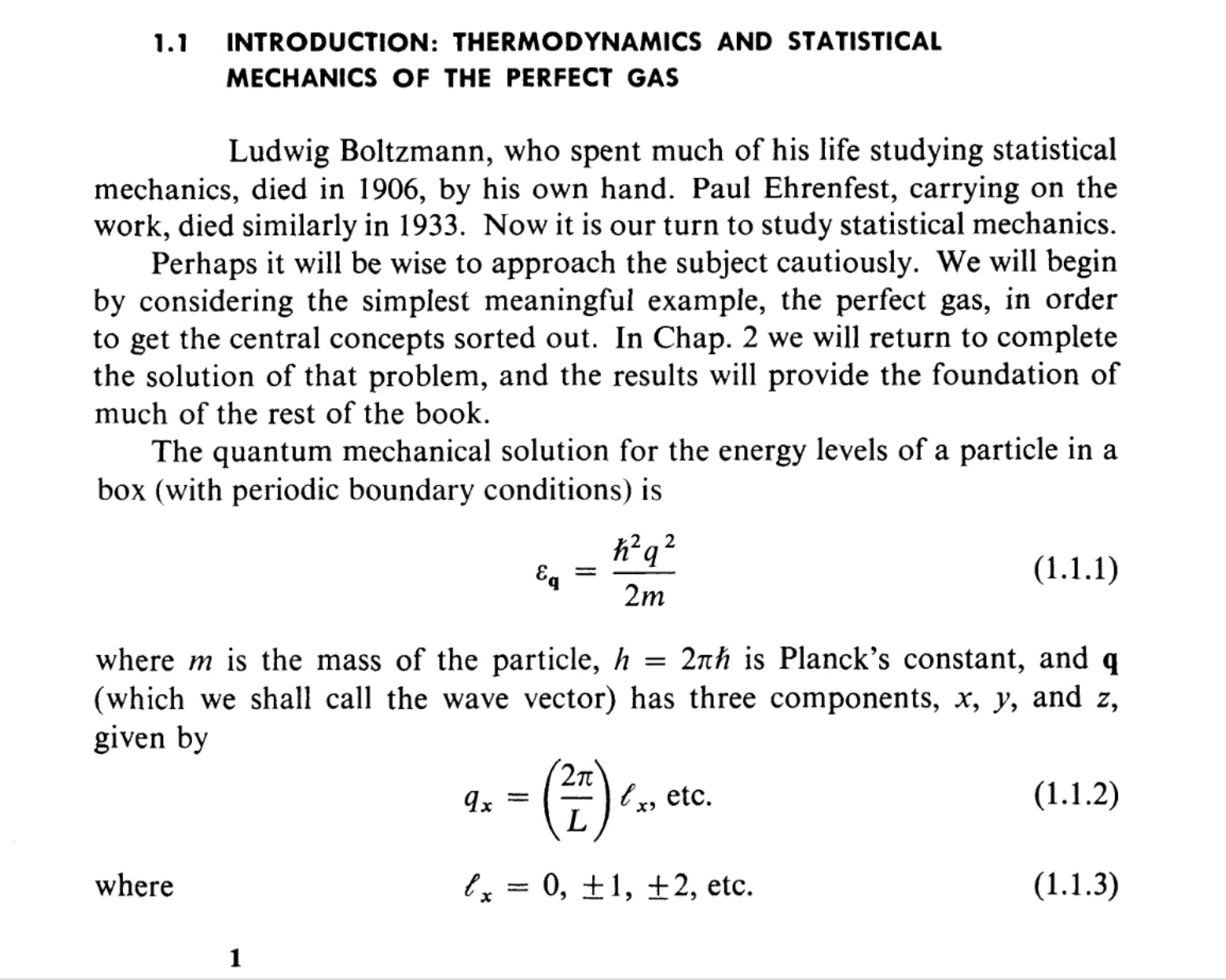 It is true that Ehrenfest died by suicide in 1933, as did Boltzmann in 1906. Both men were said to be under tremendous stress (partly academic), and Ehrenfest died with his disabled son in a murder-suicide.

States of Matter began in the manner described, noting that “Ludwig Boltzmann … spent much of his life studying statistical mechanics, [and] died in 1906, by his own hand.” Immediately thereafter, Goldstein stated Paul Ehrenfest “died similarly in 1933.” And as a Twitter reply suggested, after “now it is our turn to study statistical mechanics,” Goldstein wrote it would perhaps be wise “to approach the subject cautiously” before beginning with examples and equations — words of wisdom for anyone inclined to dive into the academic world.