"This spot on I-80 in Wyoming is known as the Highway to Heaven."

A September 30 2022 Facebook image of a “highway to heaven” in Wyoming spread virally in late September and early October 2022; the attached image looked like this: 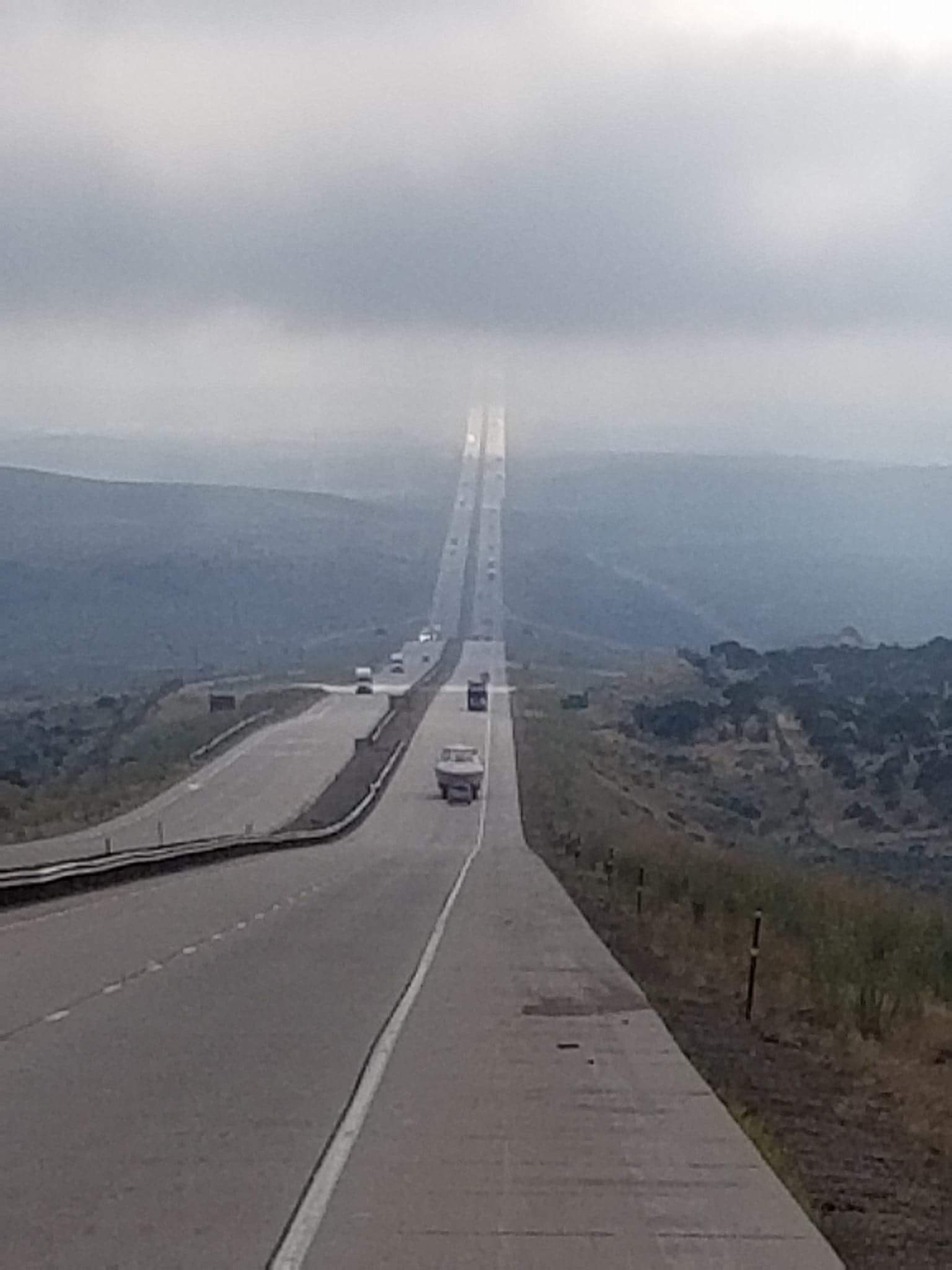 No links to additional information or a source for the image appeared alongside the image, which showed two directions of a two-lane highway, taken from an apparent vantage point that created the illusion of vehicles ahead disappearing into the clouds.

A caption claimed that the image showed Interstate 80 (I-80) in Wyoming:

This spot on I-80 in Wyoming is known as the Highway to Heaven.

Reverse image search using TinEye indicated the photograph was not new to the internet in September 2022. It was first crawled on Reddit and Imgur in August 2017 (although most of the crawls linked to individual Reddit user histories, not Reddit posts).

A 2020 Facebook post appended the claim to a completely different photograph of what appeared to be a separate road. On August 11 2017, the image was shared to Imgur (“Highway to heaven,”) and to Reddit’s r/woahdude (“Highway to the sky”):

Highway to the sky from woahdude

Highway to heaven, I had to pull over and take this! Beautiful!

This is in Wyoming, on I-80. Near Fort Bridger. They also call the area “the sisters” I was going East when I topped the mountain and seen this view.

A Wikipedia entry for Interstate 80 in Wyoming featured a brief mention of an optical illusion, but it cited a thinly-sourced item from “101.9 King FM” about the viral photograph (not the section of road specifically):

I-80 continues east through interchanges with Coal and Bar Hat roads and crosses over the Union Pacific Railroad rail line just west of the Leroy Road interchange. The highway has more minor junctions with French, Bigelow, and Union roads before I-80 Bus splits southeast toward Fort Bridger; along this route there is a section of the I-80 that is known as the “Highway to Heaven” because of an optical illusion that makes it seem that the road is reaching toward the sky.

A September 30 2022 Facebook post purportedly depicted a stretch of I-80 in Wyoming dubbed the “highway to heaven,” involving an optical illusion through which vehicles in the distance appeared to vanish into the clouds. The image itself was first crawled on August 11 2017, one day after the Facebook page “Breaker Breaker 1 – 9” shared it. We were unable to locate any prior iterations of the image, but neither could we find any additional photographs taken from the same vantage point or any solid indication precisely where, when, or by whom the image was captured.