"If the United States had managed to keep its covid death rate on par with Canada, the U.S. would have about 467,000 fewer covid deaths today. Nearly half a million people. More than the entire population of Miami."

On October 14 2021, the following screenshot of a tweet by New York Times correspondent Mike Baker appeared on Imgur, in which he purportedly contrasted the COVID-19 mortality rate in Canada with that of the United States: 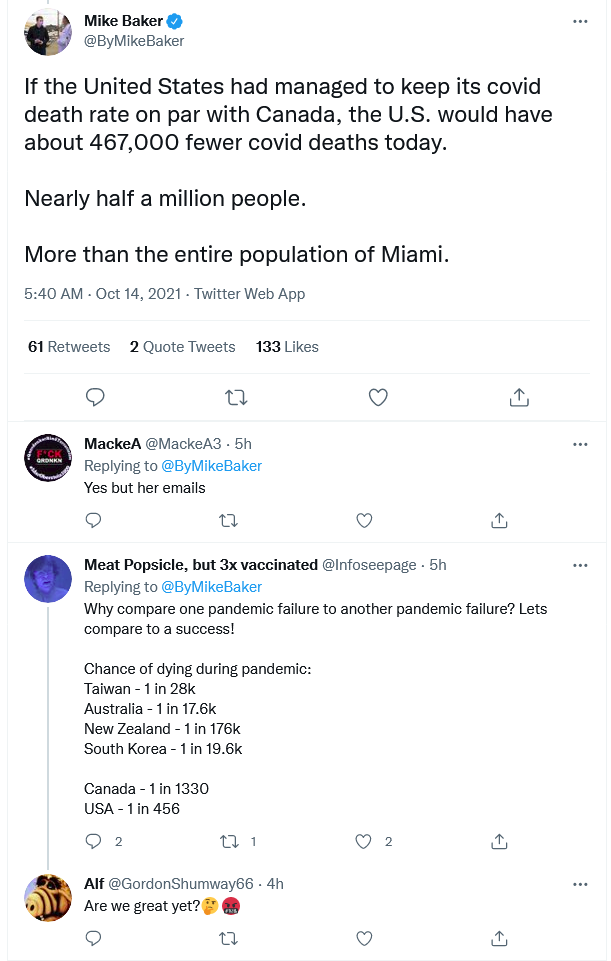 Primarily, Baker indicated that if Americans died of COVID-19 at the same rate as Canadians, approximately 467,000 fewer Americans be dead as of mid-October 2021 — more than the entire population of Miami, Florida. 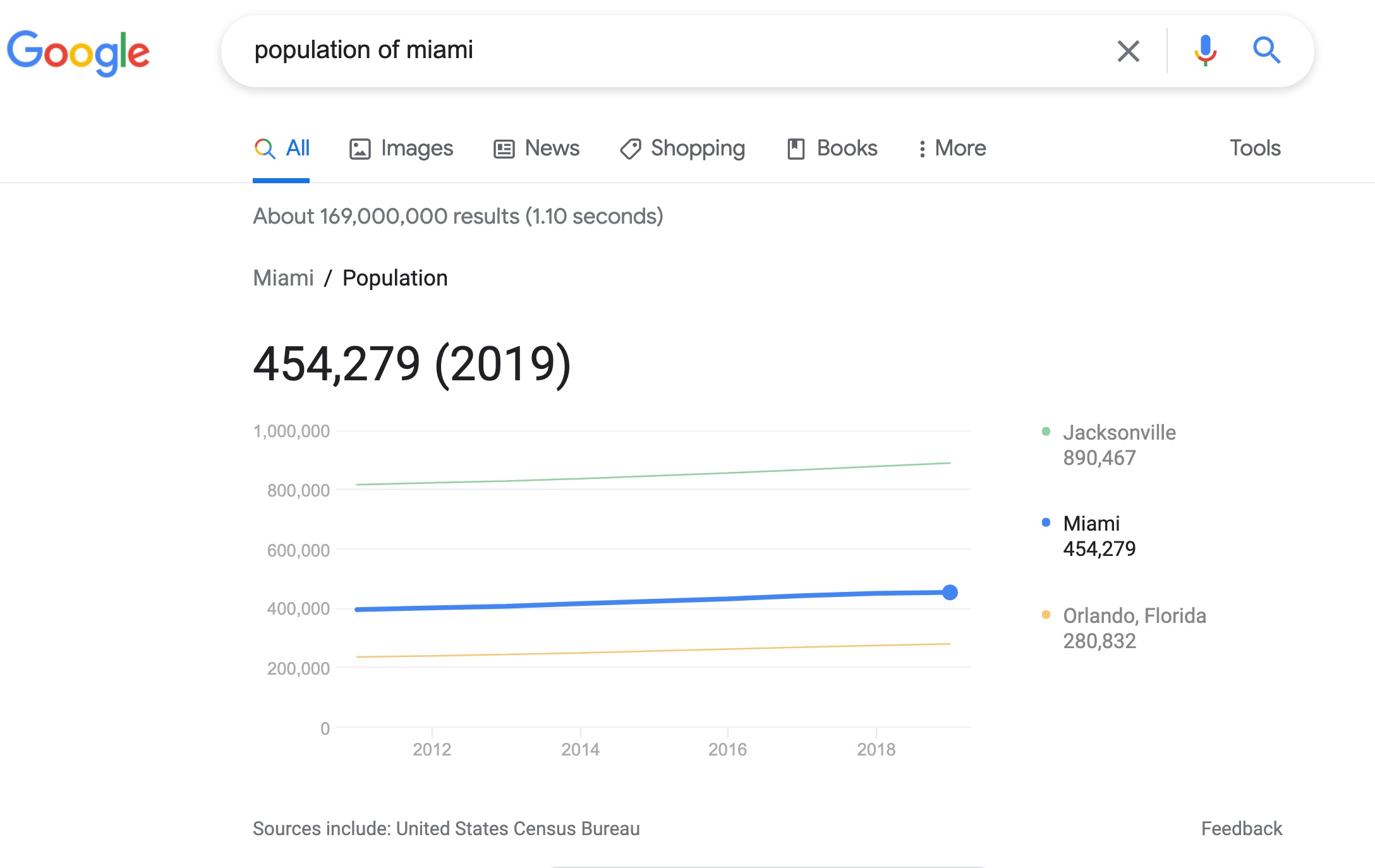 However, United States Census Bureau data for 2019 indicated that Miami’s population was estimated at 467,963 — slightly higher than the figure cited. Nevertheless, the numbers cited were at least equivalent to the size of Miami.

Neither figure on its own contextualized the rate in the tweet and screenshot, and the United States has a larger population than Canada, with an estimated 38 million Canadians to 329.5 million Americans. On first glance, the difference in a raw number of deaths might be chalked up to a very large difference in population.

In general, comparisons such as the one in the tweet contained many variables, including the source of the numbers, the snapshot in time during which the figures were obtained, and the manner in which the comparison was done. Using figures from the New York Times (presumably the same used by Baker), we did not arrive at identical conclusions — but Baker’s figures erred on the side of underestimation.

A tweet shared to Imgur indicated that if the “United States had managed to keep its [COVID-19] death rate on par with Canada, the U.S. would have about 467,000 fewer [COVID-19] deaths today.” In our attempt to validate the claim, we arrived at a higher number of putatively preventible deaths (489,075). The estimated population of Miami, Florida was a smaller 467,963 as of October 2021.