A photograph shows an Iranian woman in the 1960s.

On October 2 2022, the Facebook page “Feminist News” shared a photograph labeled “Iranian women in the 60s”: 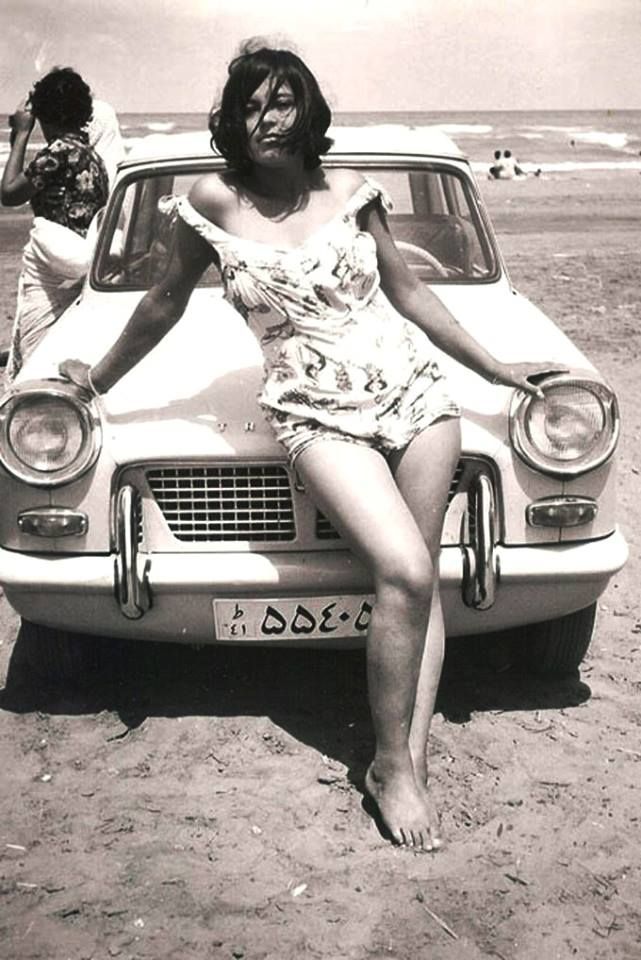 No context or source for the image was provided, and it was more accurate to say that it pictured an individual woman at the beach, with a few other people in the background. The image (and others like it) circulated against the backdrop of ongoing protests over women’s rights in Iran:

Worldwide protests were being held on Saturday [October 1 2022] in solidarity with the growing uprising in Iran demanding greater freedom and protesting against the death of Mahsa Amini following her arrest by Iranian morality police.

A reverse image search indicated the image circulated at intervals. We found that it was shared to Imgur in 2017 and to Reddit in 2019:

Iranian woman on a beach before Islamic Revolution 1960 from TheWayWeWere

However, the image was crawled well before those two posts were published. A TinEye search indicated the image was first crawled in 2011, and it was part of a brief July 2011 PBS.org piece (“Once Upon a Time in Iran: 1979”):

The 1979 Iranian Revolution continues to inspire headlines, controversy — and art. Two very different artists take up the subject by focusing on their own extended families. One is nostalgic for the past, the Iran “Before the Chador,” “before the government told people how to dress, before home became prison, before fear became part of the Iranian heart and soul,” in the words of L.A.-based rapper Malkovich Music, whose Jewish Iranian family and their photo albums were the inspiration for a recent exhibit.

PBS featured the image in a concise item about “two very different artists” and their focus on Iran’s recent history. However, the age of the PBS.org page introduced a different obstacle with respect to research — link rot.

“Link rot” is what happens when hyperlinks cease to point to their original target thanks to that resource being relocated to a new address or removed from the internet entirely and becoming “permanently unavailable.” A 2021 article by The Atlantic explained why increasingly fragile linked content poses larger issues, citing missing links in a Supreme Court ruling:

In 2010, Justice Samuel Alito wrote a concurring opinion in a case before the Supreme Court, and his opinion linked to a website as part of the explanation of his reasoning. Shortly after the opinion was released, anyone following the link wouldn’t see whatever it was Alito had in mind when writing the opinion. Instead, they would find this message: “Aren’t you glad you didn’t cite to this webpage … If you had, like Justice Alito did, the original content would have long since disappeared and someone else might have come along and purchased the domain in order to make a comment about the transience of linked information in the internet age.”

PBS identified and linked to two separate artists who (at the time) focused on Iran, and their work — Malkovich Music’s “Before the Chador,” and Maziar Moradi’s “1979.” As of October 2022, neither link was functional, badly obscuring the origin of the image.

Several pages into TinEye’s image matches, a July 2013 r/pics post featured a version of the image with a watermark for beforethechador.com, indicating that the unspecified PBS iteration originated with “Before the Chador”:

An Iranian woman in 1960, before the Islamic Revolution from pics

As indicated, beforethechador.com was no longer functional in 2022 — but several searches of the Internet Archive led to what was likely the original version of the image. An individual page on the site featured the image, and a title:

A popular October 2022 Facebook post (“Iranian women in the 60s”) featured a long-circulating photograph of a woman in a swimsuit, posing on a car at the beach. The image appeared to originate with a collection titled “Before the Chador,” published in mid-2011. Link rot obscured the image’s origin, but the archived page indicated the photograph was captured in 1963.