Central American asylum-seekers waiting in Tijuana, Mexico to find out whether they will be granted entry to the United States are demanding volunteers bring them specific foods.

An annual caravan of people traveling from Central America to the United States to seek asylum and refuge from extreme violence in their home countries has been beset by falsehoods, lies, and disinformation from start to finish — from baseless claims that they are “invaders” and gang members and the ensuing arrival of American troops to “secure” the U.S. border, to increasingly hysterical and unfounded rumors about George Soros funding them.

Now members of the caravan are arriving in Tijuana, Mexico, to wait their turn at the ports of entry there. Many are sleeping on the beach because the few shelters in Tijuana, already packed to bursting with those who have been abruptly deported from the United States, lack the capacity to take care of such an influx of people.

Volunteers from Mexico and the United States are taking them food and water and offering them help, but despite the number of people on the ground (or perhaps because of that), inaccurate rumors continue to fly, aided by a potent brew of outside agitators, inside influencers, and high-profile politicians.

One such rumor stems from this poorly edited image, which is being passed around as “proof” that people in the caravans are demanding special treatment such as the “correct” foods, prepared according to their specifications: 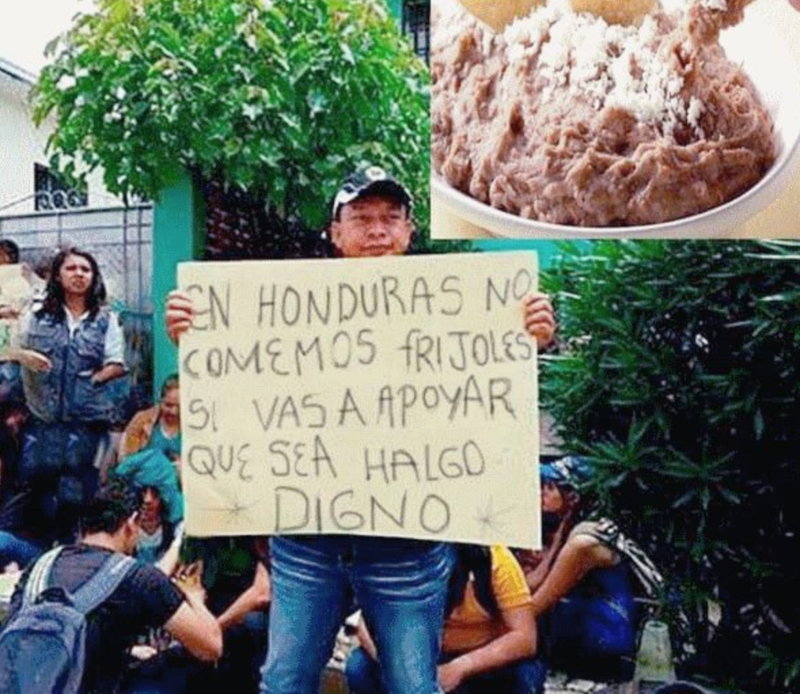 The scrawl on the sign says: “En Honduras no comemos frijoles. Si vas a apoyar que sea halgo [sic] digno.” That translates to: “In Honduras, we do not eat beans. If you want to help, it should be something appropriate.”

This doctored image has spread like wildfire in Mexico, igniting anti-immigrant sentiment every step of the way; this and other false narratives have even been used as justifications for cutting off local aid to people as they wait.

However, this is not what the original photograph says. The source for this doctored image is a photograph of Roberto Antonio Gómez, a Honduran man who was murdered on June 23, 2017 — the day after accompanying his son, a student activist, to a demonstration against state-sponsored violence: 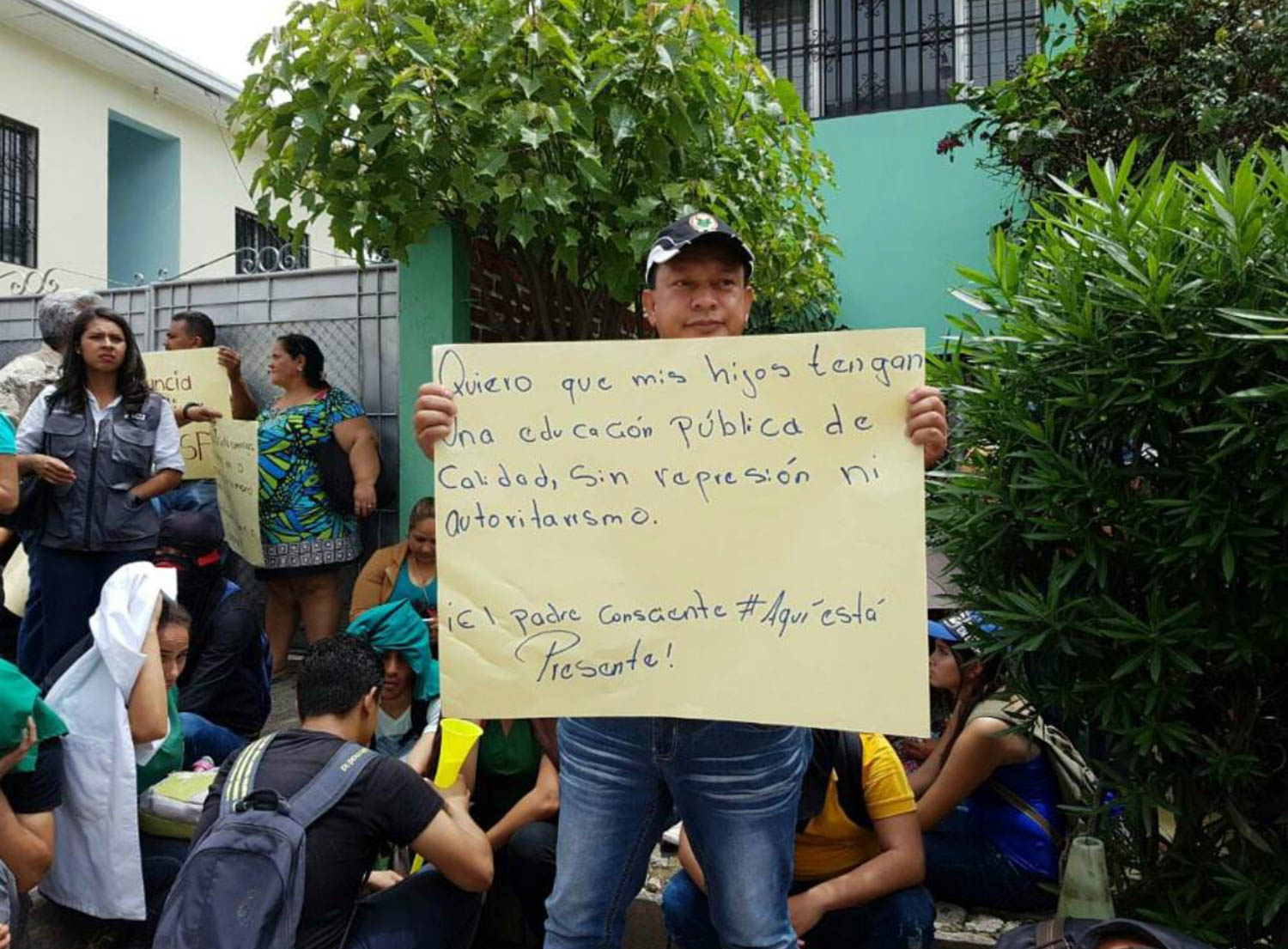 The text on the real image reads:

The actual rough translation to the real image is:

I want my children to have a quality public education, without repression or authoritarianism.

Andy Johan Gómez Jerónimo and another 19 students and human rights defenders were detained in May during a protest in which they occupied their University’s administration. After the initial hearing, they were released on parole. The students have been charged with trespassing and deprivation of liberty resulting from their peaceful protest in the University building. In their second hearing at the court on 22 June 2017, Roberto Antonio Gómez accompanied his son and protested the University’s response to the students and the criminalization of their activities in defence of education rights.

The fact that Gómez is dead and therefore cannot speak out undoubtedly informed the decision to use his image to spread false, anti-refugee narratives in Mexico.

Video of a woman identified as Miriam Celaya, who complained that tortillas and beans given to people was inadequate, was also used to fuel this rumor:

An ungrateful Honduran Migrant complains about the free beans and tortillas being served in Tijuana, MX at the border. She calls it ” PIG FOOD”… What does she expect ? A medium rare steak from Mastro’s .. 😂
Unbelievable ! #Caravan #MigrantCaravan pic.twitter.com/8AiOXGq7DI

However, this clip was stolen and laundered of its original context. The full report shows that Celaya was concerned for her two small children and anxious to leave Mexico and move on to ask for asylum in the United States:

Here is the English translation of the same story.

It is true Tijuana was straining to support the influx of people, with no relief in sight. The border city’s local government says it needs at least USD$4m more to help feed and clothe the people who are waiting there and thousands more who are still on their way.