The Chinese "made a list of the luckiest people from their birth date in order."

In August 2020, a nearly year-old post purportedly ranking what Chinese people believe are the “luckiest birthdays” circulated on Facebook:

Chinese made a list of the luckiest people from their birth date in order, after trouble and hardship, the 162th ranking came out 🌚💛

What followed was four not-very-easy-to-read screenshots with 366 entries. In the comments of the original post, users located their birthdate on the post and shared their “luck” ranking; it appeared that number one on the list (April 1) was the luckiest birthday, and number 366 (June 1) was the least lucky.

Beyond that, the post provided no source nor contextual information.

One month later, in October 2019, a Reddit user shared a similar claim and image to Reddit’s r/coolguides:

List from Japan that ranks people from most lucky to least lucky based on birthday! First number is month, second is day! I thought this was pretty cool tbh. from coolguides

The title of that post claimed that the list — which had identical “most lucky” and “least lucky” birthdays — was from Japan, not China. A title described the image as a list “from Japan that ranks people from most lucky to least lucky based on birthday.”

In the most popular comments on the post, users predictably executed the “nice” gambit (as explained in a Casually Explained video as the “69 gambit” at 2:25): 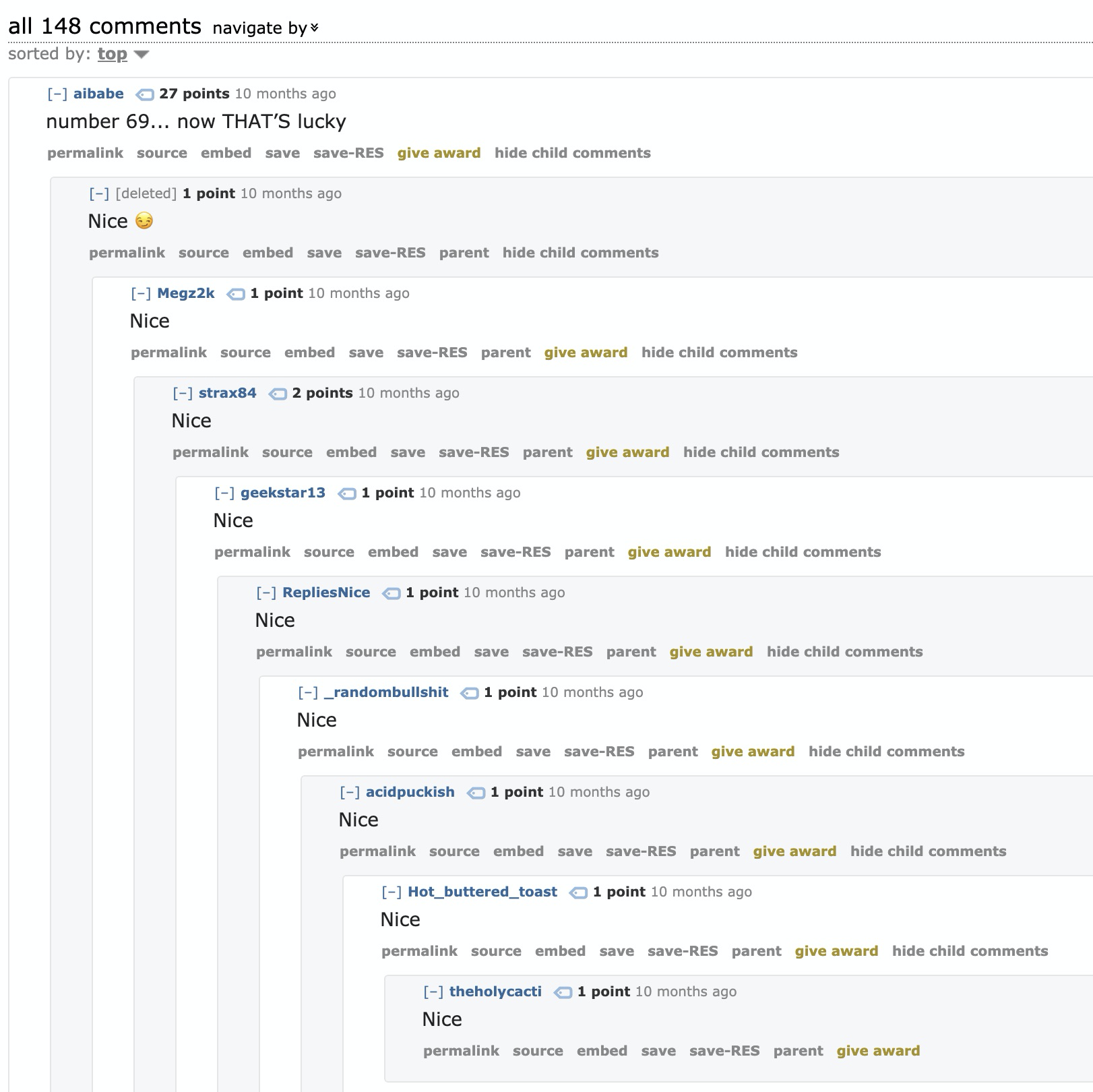 Once again, no source or context for the images or claims appeared in the post or visibly in the comments.

Just as the initial post received strong engagement on Facebook, a December 27 2019 tweet including similar images was highly popular on that platform (and the characters used on the account were Korean, not Japanese or Chinese):

That variation suggested that the rankings for luckiest birthday were released in late December of any given year, and the rankings were for the year ahead:

Fortune ranking for year 2020 is out! Find your birthdays and see how lucky you’d be for 2020 lmao

According to the “luckiest birthday” ranking for 2020, April 1st was no longer the luckiest; instead, April 3rd was. Likewise, March 16th replaced June 1st as the least lucky birthday for 2020. In the replies, the poster included the purported rankings for the then nearly-over 2019, with April 1st in the number one spot and June 1st coming in at 366th:

Therefore, the list circulating in late 2019 on Facebook and Reddit, regardless of its origin, involved late 2018 rankings for the luckiest birthdays in 2019 only — not a static year-over-year ranking.

The news agency asked members of the Japanese Argentine Cultural Foundation about the list in an attempt to determine its origins. Those individuals were unaware of any custom involving such a list, but speculated it might be based on opinions about lucky dates in any given year:

Where the list comes from: the response of the Japanese community in Argentina

Japan is a country whose culture integrates both sophisticated scientific advances and ancient traditions that are passed down from generation to generation. Is the famous lucky list shared in recent days part of these traditions?

“In Japan it is common for people to vote and choose which day, in their opinion, is good or bad luck. Many, of course, choose the day of their birth. It is possible that this lucky list is the result of the vote”, explain Sergio Miyagi and Minoru Tajima, members of the Japanese Argentine Cultural Foundation, consulted by Clarín.

That post addressed another “theory” about the list’s origin, suggesting no definitive source was identified:

Another theory has to do with the Japanese calendar. It is divided into six classes of days that go from highest to lowest luck. Each one has a particular meaning and they are distributed randomly over the months. Thus, for example, it is possible to anticipate which day is the best to carry out a certain event based on superstition. This, in Japanese culture, is called “Rikuyou” or “Rokuyou,” and the list could also have to do with this.

On January 9 2018, Taiwan News covered the list, reporting on a version released in December 2017 and ranking lucky birthdays for 2018. That site said that the source of the list was a Japanese website:

Japanese website Medigaku has compiled a list of the luckiest birthdays [in 2018] based on the predictions of 10 popular fortune tellers and April 14 came out on top.

On Dec. 24 [2017], Japanese website Medigaku released a list of all 365 birthdays in 2018 in order of luckiest to least lucky based on the predictions of 10 fortune tellers. In first place was April 14, which is a bit surprising that the fourteenth day of the fourth month of the year would be considered so lucky as in Japan, China, Hong Kong, the Koreas, Taiwan, and parts of Southeast Asia, the number four is a homophone with the word for death and is generally considered highly unlucky and inauspicious.

As for the least lucky birthday of the year, Dec. 7 [2018] was chosen, which strikes a chord with Americans as it was the day that the Imperial Japanese Navy Service bombed Pearl Harbor.

Although that iteration was two years out of date in 2020, it did allow readers to search for their specific birthday instead of scanning images of the purported luckiest birthday ranking. (An “Operator Information” page for the Japanese site Medigaku describes it as a blog.)

Megidaku’s list of luckiest birthdays in 2020 can be found here.

The list as it appeared on Megidaku did not match the version in the embedded tweet above. In the 2020 ranking, January 12th occupied the top spot as luckiest birthday. As for the least lucky, January 20th clocked in at number 366 — seemingly accounting for 2020 being a leap year.

A long-circulating list described as “Chinese ‘luckiest birthdays'” on Facebook, as a “fortune ranking” on Twitter, and as a list “from Japan that ranks people from most lucky to least lucky based on birthday” was globally popular, and almost always out of date and removed from its context. The list appeared to originate on the blog Megidaku not as a specific tradition, but an annual creation based on the input of ten individual “fortune tellers” in Japan. A version of the list circulating in September 2020 on Facebook was out of date, and the actual list for 2020 provided January 12 2020 as the most lucky, and January 20 2020 as the least lucky.