In June 2020, the following image appeared in a Facebook post, alongside a status update saying that the was a Sgt. Rubino of the New Haven Police Department: 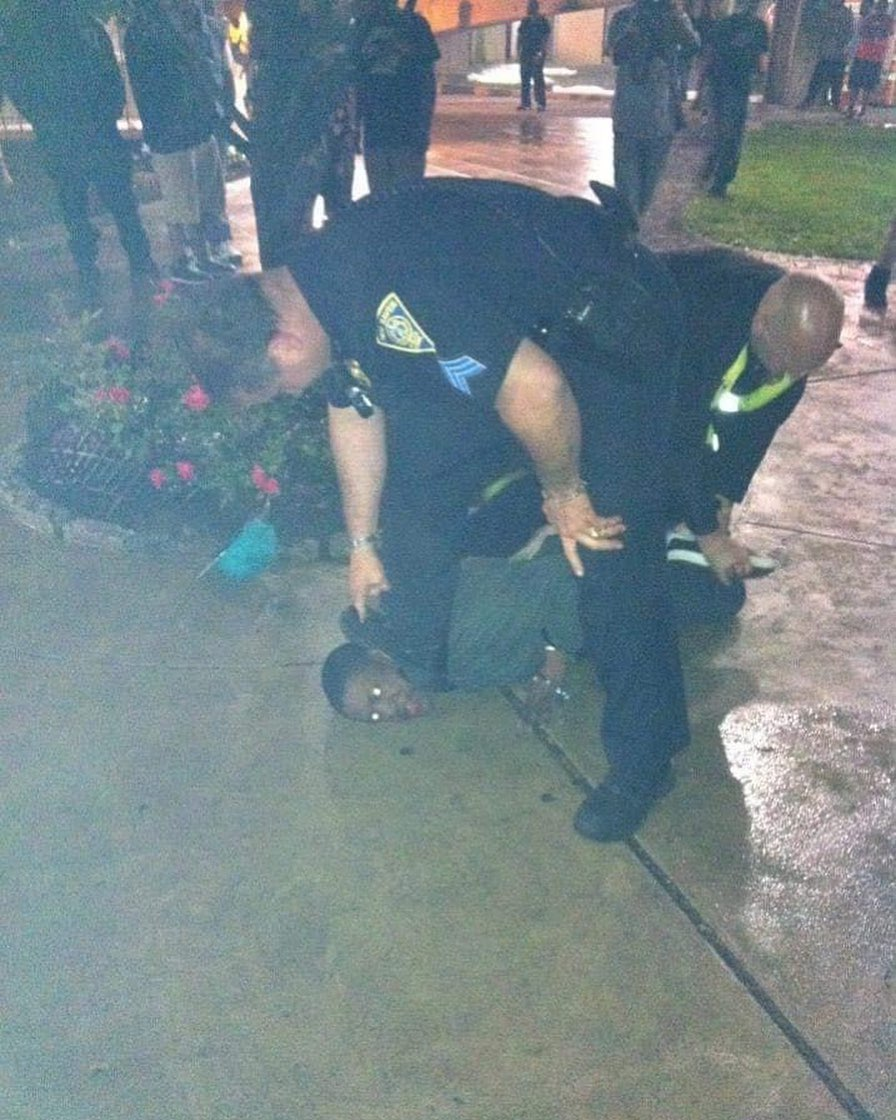 Text accompanying the image referenced the May 2020 death of George Floyd, linking the incidents as possibly recent:

Let’s make him famous ppl Sgt Rubino of the New Haven Police Dept using excessive force literally putting his foot on the neck last night on a suspect who was handcuffed and ankle cuffed. He also arrested the person who was filming this and confiscated his phone for evidence. Violating 1st & 4th ammendments.

Based on the information provided, it wasn’t difficult to locate a published version of the photograph. However, the post was shared on June 9 2020 and placed the events as having occurred on the previous night — June 8 2020.

On August 16 2012, the New Haven Register included the image in a story:

A city police sergeant was suspended for 15 days for using excessive force during a June [2012] arrest outside a city nightclub. He was not disciplined, however, for later seizing the phone of a woman who taped the encounter.

Police Chief Dean Esserman handed down the discipline [in July 2012]. Video and still photos taken by citizens showed Sgt. Chris Rubino putting his boot on the back of the neck of a 24-year-old Bridgeport man during an arrest.

“The tactics of a foot on a neck are improper and unacceptable by any police officer let alone a police supervisor,” Esserman said [on August 9 2012].

The seizure of the phone as evidence, he said, didn’t appear to violate any law and the incident showed that the department’s internal policy about citizens’ rights to film police is too vague and needs to be rewritten.

According to the article, Rubino was disciplined for the use of excessive force, but not for confiscating the phone of a woman filming the incident. Esserman “made it clear that he didn’t approve of Rubino’s decision to take the phone from the Ansonia woman,” according to the New Haven Register.

The photograph was real, but presented out of context on Facebook. Rubino was not only filmed as the image shows, but also disciplined and suspended for use of excessive force. Rubino also confiscated the phone of the woman recording the incident and was not disciplined; Esserman expressed disapproval of the sergeant’s actions. Finally, the incident took place in August 2012, not on June 8 2020.