Performer Judy Garland raised money for the young victims of the 16th Street Baptist Church bombing in Birmingham in September 1963.

Actor Judy Garland’s activism drew renewed attention decades after the fact after her work was highlighted by journalist Bobby Rivers.

Rivers posted a photograph of Garland and fellow stars, saying:

On This Day In History: Judy Garland — with Carolyn Jones, June Allyson, her daughter and Liza Minnelli — holds a Hollywood press conference to raise funds for families effected by the Sept. 15 racist bombing of 4 Black girls in a Birmingham, Alabama church.

On This Day In History: Judy Garland — with Carolyn Jones, June Allyson, her daughter and Liza Minnelli — holds a Hollywood press conference to raise funds for families effected by the Sept. 15 racist bombing of 4 Black girls in a Birmingham, Alabama church. pic.twitter.com/EqVxkPJHxV

Rivers’ post was accurate — the photograph was originally published by United Press International and ran in newspapers around the United States.

For example, we found a clipping of the photograph in the September 17 1963 edition of the Hanford Sentinel newspaper in California: 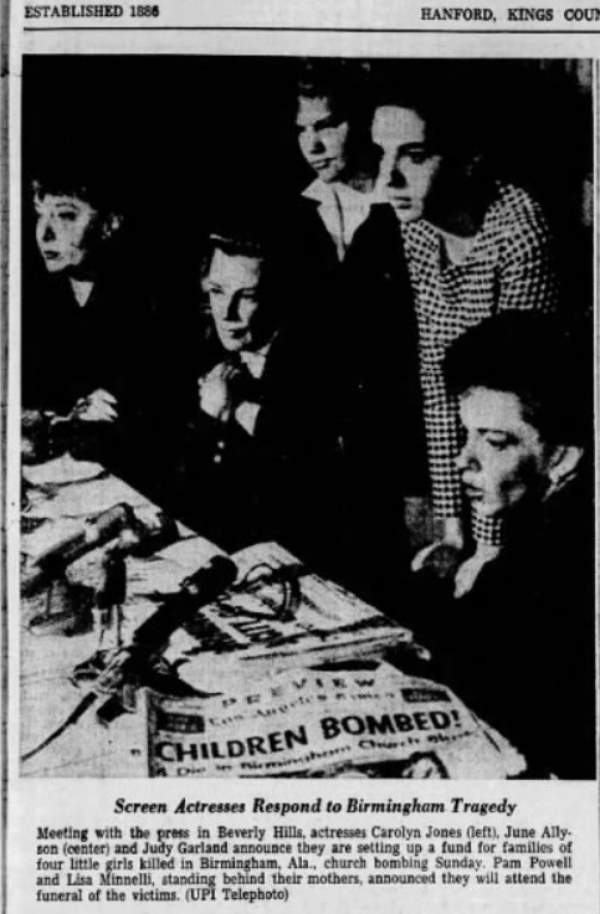 Meeting with the press in Beverly Hills, actresses Carolyn Jones (left), June Allyson (center) and Judy Garland announce they are setting up a fund for families of four little girls killed in Birmingham, Ala. church bombing Sunday. Pam Powell and Liza Minelli, standing behind their mothers, announced they will attend the funeral of the victims. 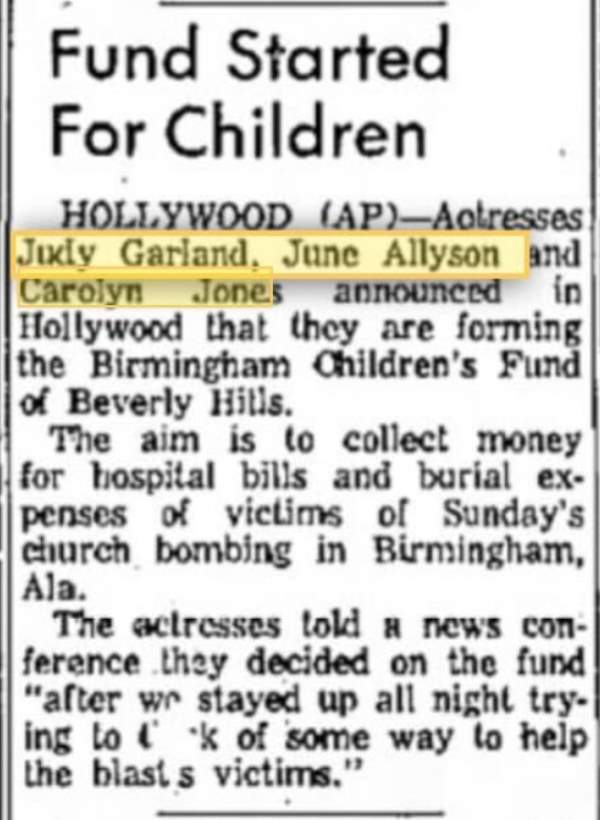 The bombing attack on the 16th Street Baptist Church in Birmingham on September 15 1963, which was carried out by members of the Ku Klux Klan white supremacist group, killed 11-year-old Denise McNair and three 14-year-old girls: Addie Mae Collins, Cynthia Wesley, and Carole Robertson. Twenty-two other people were injured in the attack.

Minelli and Powell were two of an estimated 8,000 people who attended the girls’ funeral. The church was designated as a National Historic Landmark in 2006.

Garland organizing a relief fund for the victims of the bombing was not her first foray into the Civil Rights Movement; she has been credited in fundraising efforts for the March on Washington for Civil Rights on August 28 1963, alongside fellow actor and performer Eartha Kitt.

An Associated Press photograph taken earlier that month shows them together with colleague Marlon Brando and others at a meeting in Hollywood discussing their participation in the event: 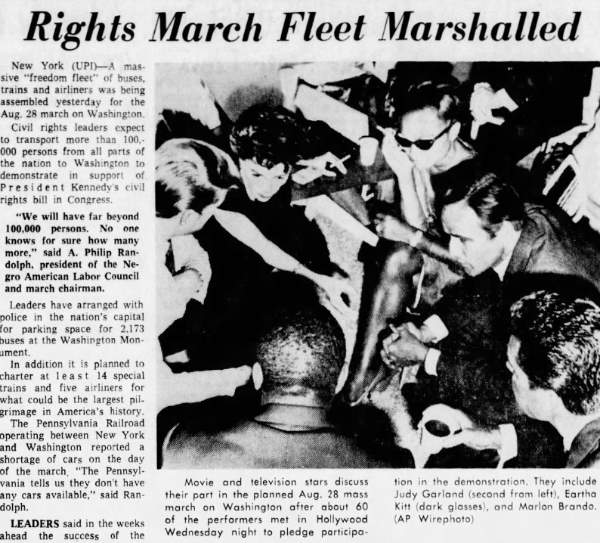 The Library of Congress published another photograph of the three alongside another colleague, Charlton Heston, from the same event: 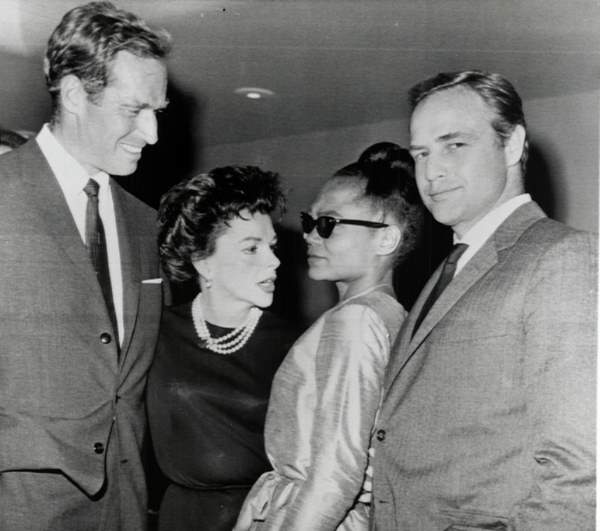 Some accounts of the event have stated that Garland was not among the hundreds of thousands of people who took part in the march because of professional commitments. However, Eleanor Holmes Norton — the Democratic delegate representing Washington, D.C. in the House of Representatives — identified the Wizard of Oz star as a participant in an August 2013 retrospective for The Washington Post. In recalling the events of the march, Holmes Norton said:

Maids and butlers, machinists and mothers locked arms with Hollywood’s finest, including Sidney Poitier, Harry Belafonte, Judy Garland and Burt Lancaster. Our voices singing civil rights songs mingled with the rising heat. We were graced with clear blue skies that Wednesday. Joy swept over the crowd as we learned that 200,000 had joined the event, double the expected number.

Garland, who died on June 23 1969, also had a professional connection to Birmingham. She was the original vocalist for the song, “Have Yourself a Merry Little Christmas,” written by Hugh Martin in the same city. Martin, a Birmingham native, told NPR in 2006 that Garland refused to sing the original, more somber version of the song because it was “lugubrious.” He said at the time:

She said, ‘If I sing that, little Margaret will cry and they’ll think I’m a monster.’ So I was young then and kind of arrogant, and I said, ‘Well, I’m sorry you don’t like it, Judy, but that’s the way it is, and I don’t really want to write a new lyric.’ But Tom Drake, who played the boy next door, took me aside and said, ‘Hugh, you’ve got to finish it. It’s really a great song potentially, and I think you’ll be sorry if you don’t do it.’ So I went home and I wrote the version that’s in the movie.

As recently as 2020, Martin’s song was ranked the tenth most-played holiday song by the American Society of Composers, Authors and Publishers.