A Facebook advertisement shared by the official page of President Donald J. Trump used a photograph of "chaos and violence" from the Ukraine in 2014. 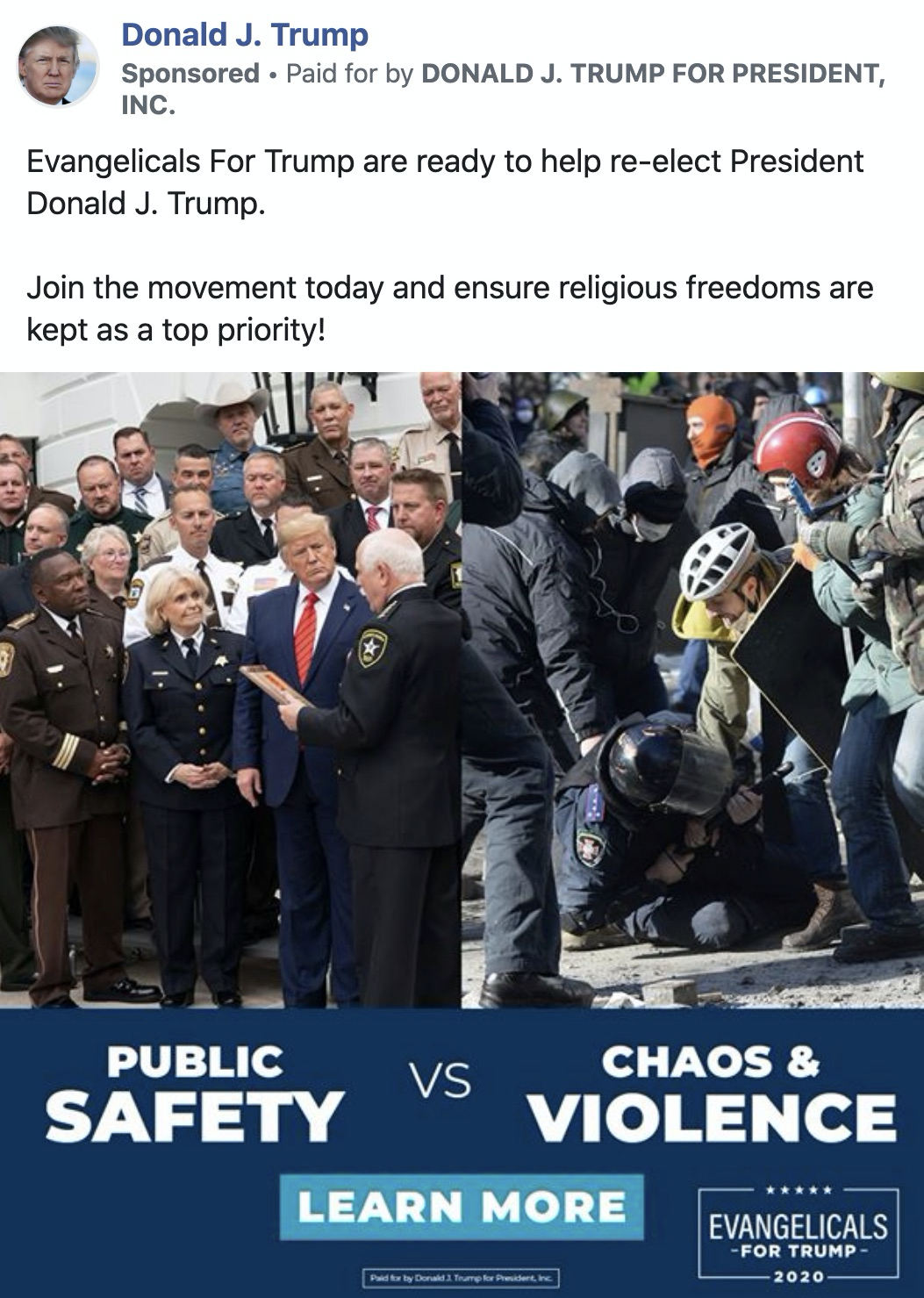 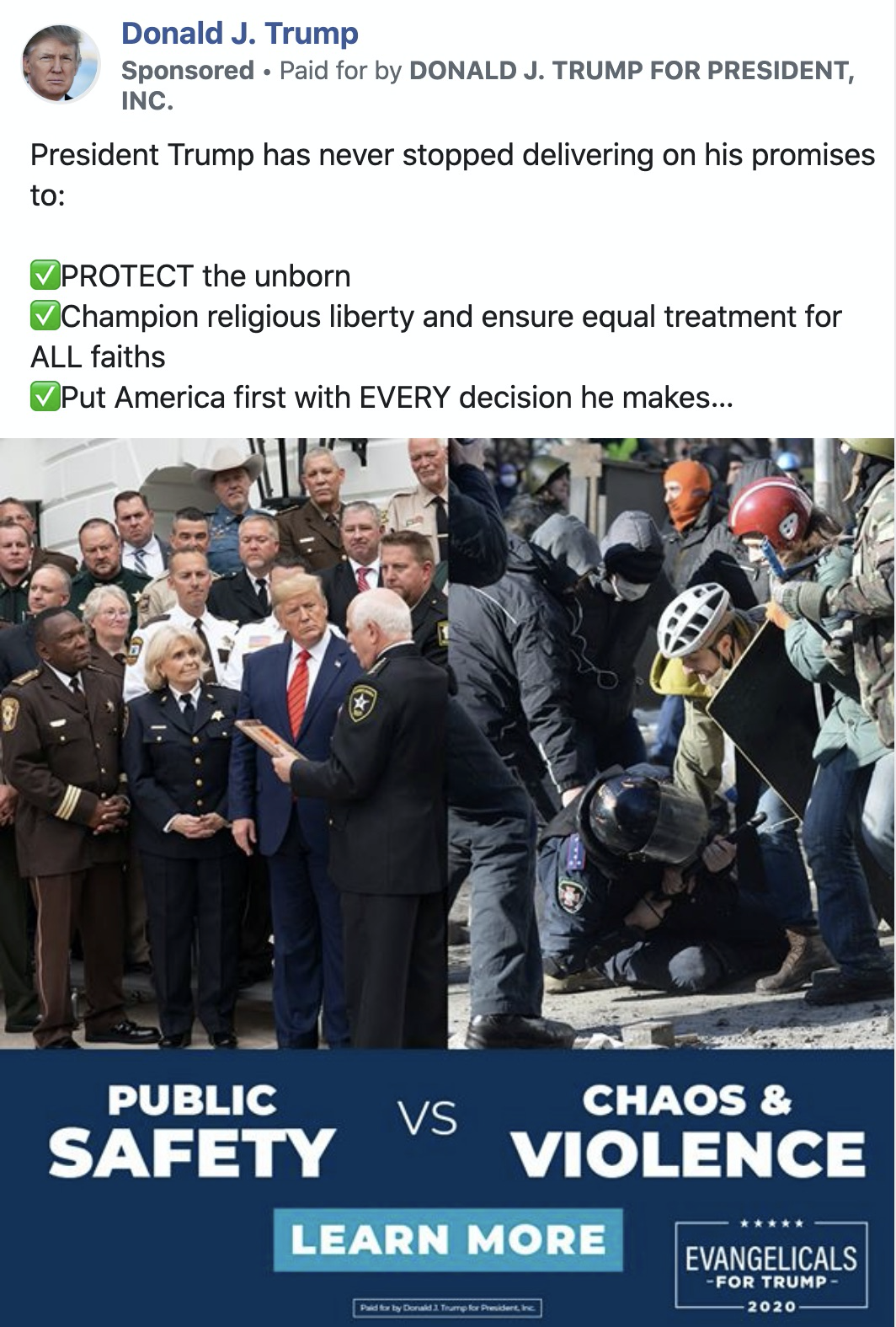 Although the text for the advertisements differed, the image with them was identical. In the photograph on the left, United States President Donald Trump stood surrounded by individuals in uniform with badges (and one with a cowboy hat.) On the right, a uniformed officer in tactical gear tackled a protester to the ground, surrounded by civilians with balaclavas and helmets.

Text accompanying the ad on the top read:

Join the movement today and ensure religious freedoms are kept as a top priority!

Complete text for the post on the bottom read:

President Trump has never stopped delivering on his promises to:

At the bottom of the static image, small text read “Paid for by Donald J. Trump for President, Inc.” According to Facebook’s Ad Library, both ads began running on July 21 2020, and as of July 22 2020, both were marked “inactive”: 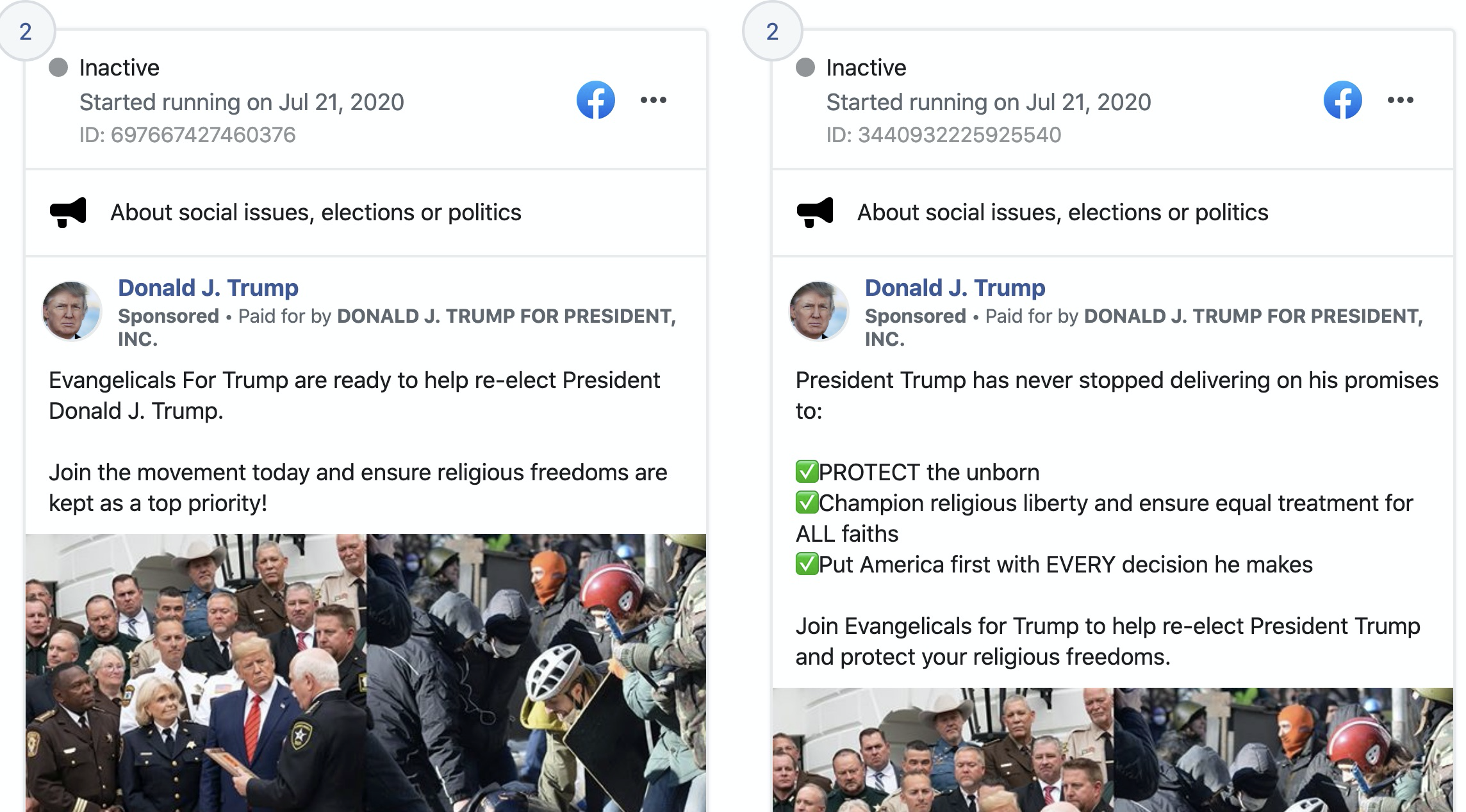 It did not take long for social media users to challenge the provenance of the image on the right side of the advertisement. Jesse Lehrich, a former spokesperson for Hillary Clinton, tweeted:

…only it's a pic from Kyiv in 2014, when Yanukovich's thugs fought to quash a democratic uprising.https://t.co/VfJujT50Lm pic.twitter.com/QBrlwauo6s

As Lehrich indicated, the image on the right side of the advertisement — the “chaos and violence” side — was neither taken in the United States, nor was it from 2020. A Wikimedia Commons page displayed a file title with both date and location for the image included (“File:A police officer attacked by protesters during clashes in Ukraine, Kyiv. Events of February 18, 2014-1.jpg”): 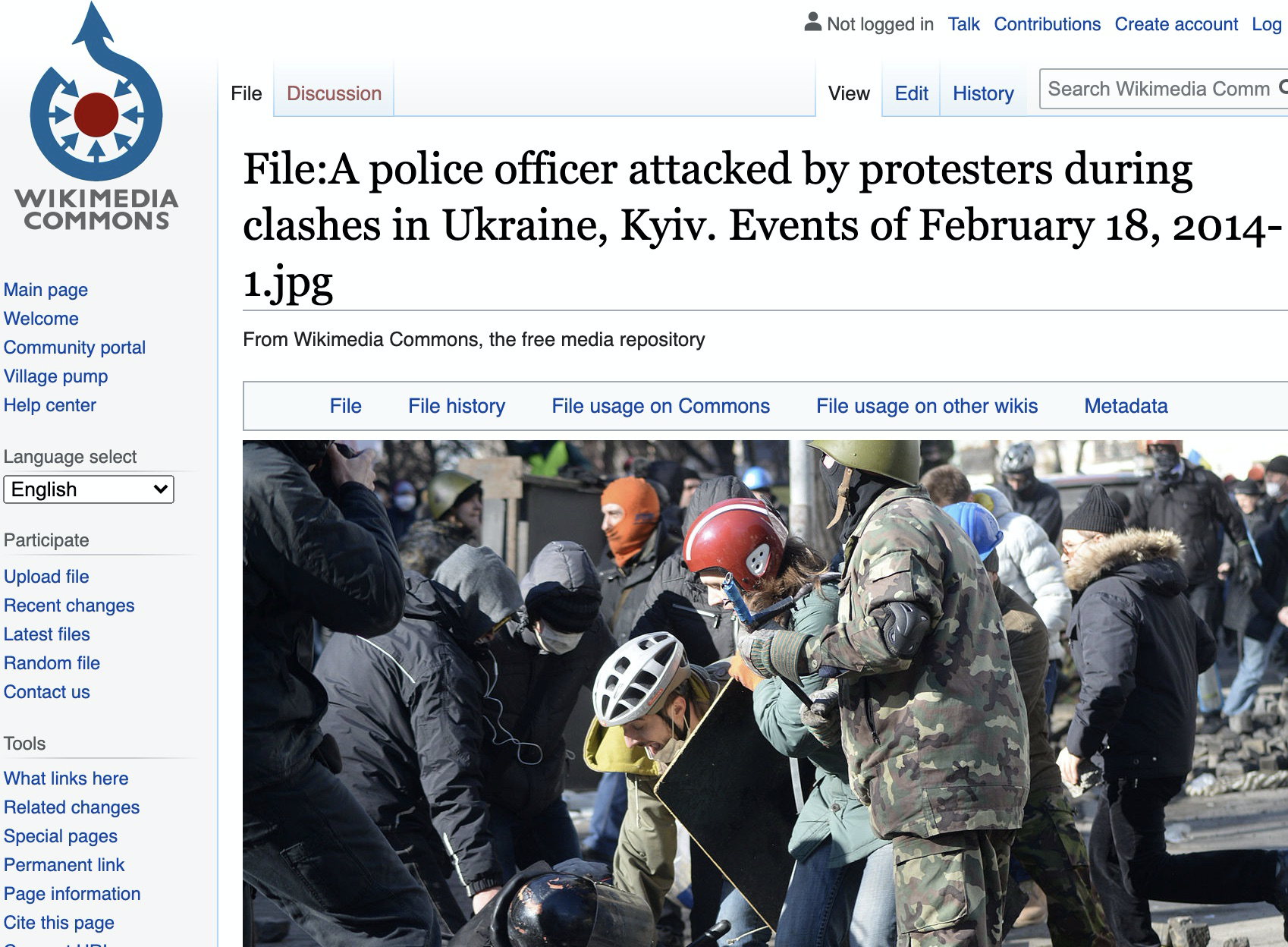 A July 21 2020 Facebook political advertisement shared to the page of President Trump about “public safety” versus “chaos and violence” illustrated the “chaos and violence” part with what looked like a contentious protest. The image was real, but it was taken in Ukraine in February 2014, not the United States in 2020.