On November 19 2019, a purported Fox News “Treason for the Season” chyron was shared to two subreddits, r/CrappyDesign and r/theyknew:

Treason for the season! from CrappyDesign

Both posts were titled “Treason for the season!”; neither offered any contextual information about when the graphic purportedly aired or whether or not it was a fabricated image. The image was not new, however, having appeared in the Facebook group “Christians Against Trump” in December 2018.

The image also appeared on the subreddit r/dontdeadopeninside on December 12 2017, Imgur one day earlier (“Treason for the Season — Fox News accidentally gets a headline correct”), and in a meme format on r/PrequelMemes on December 10 2017:

it’s treason for the season then from PrequelMemes

December 10 2017 appeared to be the original air date for the referenced segment, which was available in video format via video.foxnews.com. Additional information appeared alongside the clip:

That video was three minutes and six seconds long, and the “tReason for the Season” chyron appeared onscreen between 0:17 and 0:20: 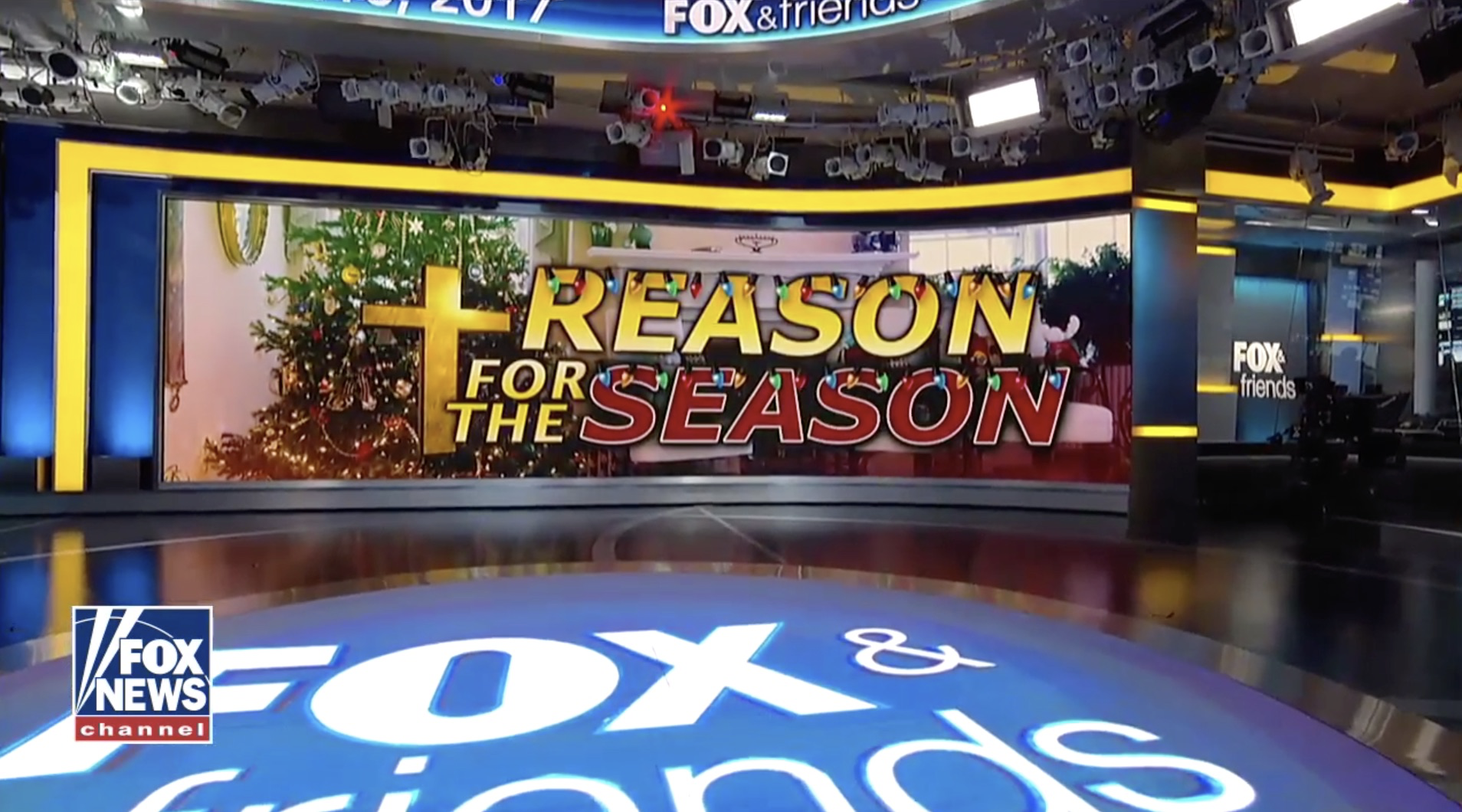 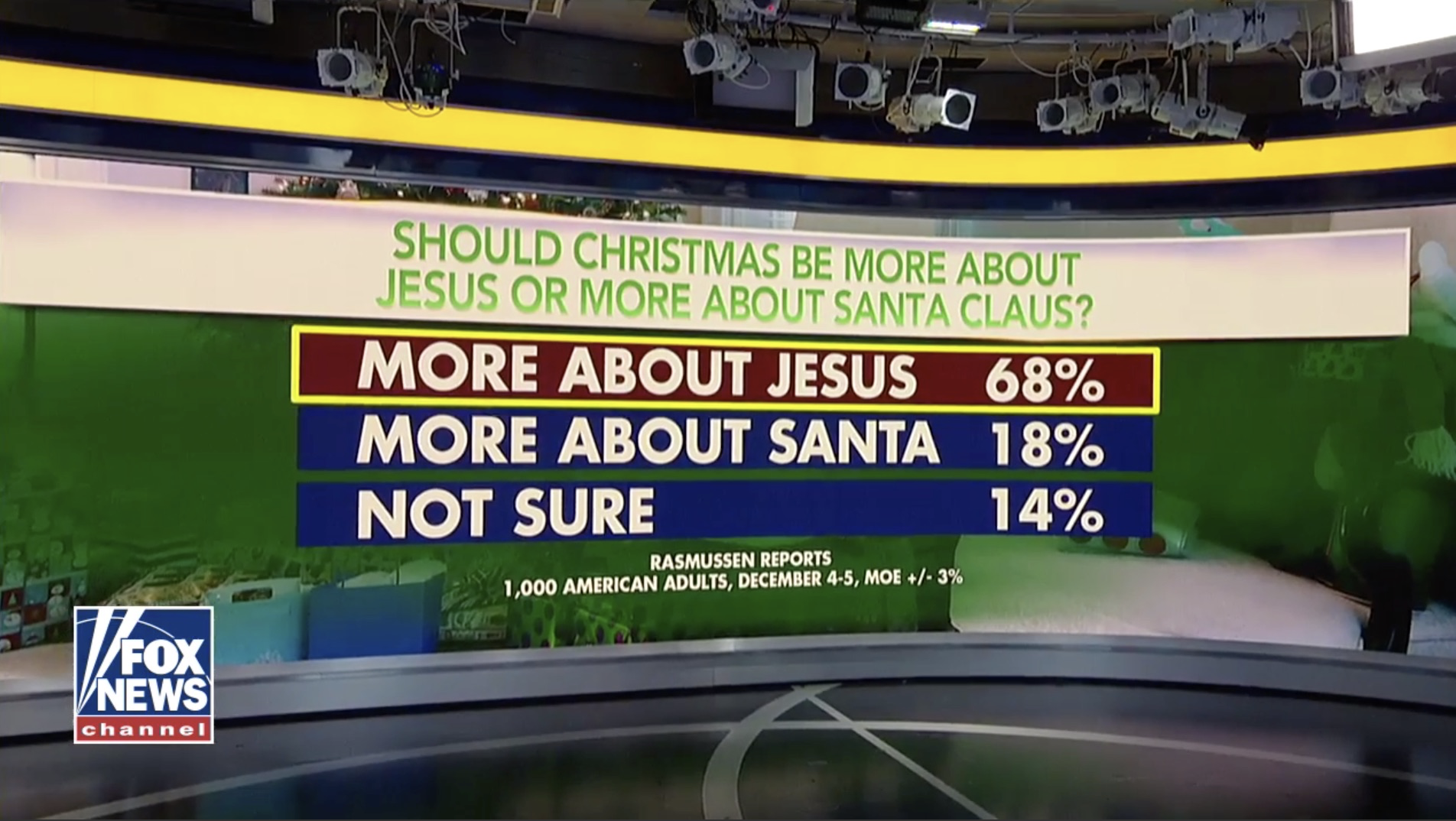 The segment then cut to a discussion with a guest, Catholic priest Jonathan Morris. A frequent commentator on Fox News, Morris requested dispensation to leave the priesthood in 2019.

As the clip demonstrated, Fox News’ “tReason for the Season” graphic was authentic and unaltered by meme-makers. It originally aired on December 10 2017 during that day’s Fox & Friends, as part of a larger segment on public opinion about whether Christmas was becoming too secular, and whether poll respondents believed Christmas ought to be “more about Jesus” or “more about Santa,” with 68 percent of those polled voting for Jesus, and 18 percent Santa Claus.