As the debate over the online stock activity surrounding GameStop — and subsequent questions about the activity by financial trading insiders responding to it — online commentary drew a link between the anger toward present-day Wall Street with an infamous moment from the beginning of the Occupy Wall Street (OWS) movement.

Entitled, “Wall Streeters looking down on Occupy Wall St. protesters, 2008,” the tweet has been shared more than 42,000 times on the platform since its publication on January 26 2021:

The images themselves are legitimate; however, the year is off. These images are from September 2011, not 2008, which was when OWS protesters first marched past Wall Street on the way to Zuccotti Park to register their dissatisfaction with a status quo that involved a widening wealth and income gap in the United States.

The people on the balcony — quite literally overlooking Wall Street — were spotted observing demonstrators in a YouTube video of the demonstration on September 17 of that year: 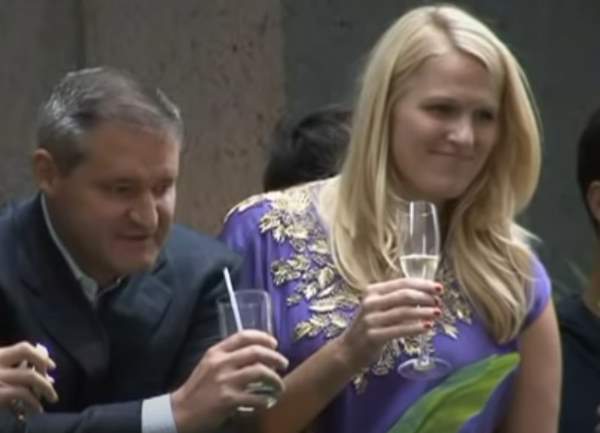 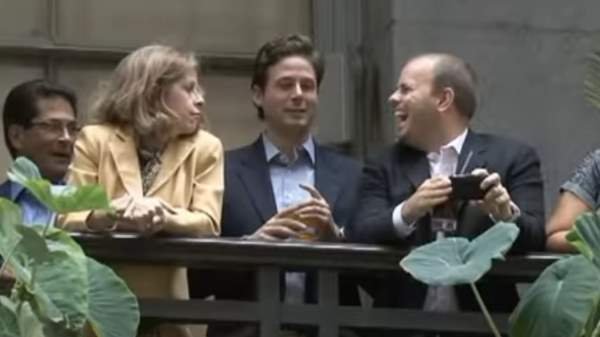 Photographs of the unidentified “banksters” also circulated online on individual blogs at the time, receiving widespread mockery for the apparent callousness of the individuals featured in them: 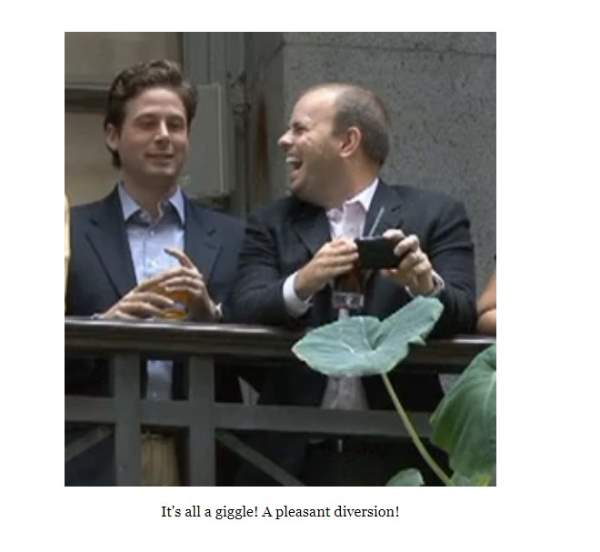 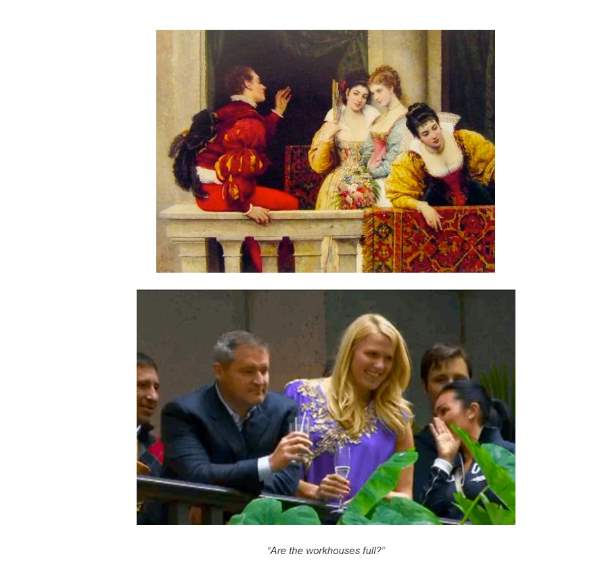 The OWS protests were first proposed by the Canadian magazine Adbusters in July 2011:

On September 17, we want to see 20,000 people flood into lower Manhattan, set up tents, kitchens, peaceful barricades and occupy Wall Street for a few months. Once there, we shall incessantly repeat one simple demand in a plurality of voices.Tahrir succeeded in large part because the people of Egypt made a straightforward ultimatum – that Mubarak must go – over and over again until they won. Following this model, what is our equally uncomplicated demand? The most exciting candidate that we’ve heard so far is one that gets at the core of why the American political establishment is currently unworthy of being called a democracy: we demand that Barack Obama ordain a Presidential Commission tasked with ending the influence money has over our representatives in Washington. It’s time for DEMOCRACY NOT CORPORATOCRACY, we’re doomed without it.

As Democracy Now! reported at the time, the march did indeed draw thousands of attendees and also succeeded in drawing comparisons to another social movement in the Arab Spring, although then-mayor Michael Bloomberg used that as a pretext for criticizing Occupy participants.

One of the protest’s organizers, David Graeber, told the channel:

In a way, he’s prescient, because if you look at who showed up, it was mostly young people, and most of them were people who had gone through the educational system, who were deeply in debt, and who found it completely impossible to get jobs. I mean, these people have felt—really feel very strongly that they did the right thing. They did exactly what they were supposed to. The system has completely failed them. And they’re not going to be saved by the people in charge. You’re just going to have — if there’s going to be any kind of society like we—worth living in, we’re going to have to create it ourselves.

The occupation of Zuccoti Park lasted until November 15 2011, when protesters were forced out by New York City police. On the eighth anniversary of the original protest, Adbusters published a celebratory post calling it “a turning point in our political culture.”

“#OccupyWallStreet changed the way we think about protest, activism, and citizens in revolt,” the magazine said. “It transformed notions of what is possible to achieve, in our time, in the name of revolutionary ideas.”