In July 2021, Walmart shoppers sand the national anthem in Haslet, Texas in July 2021.

On July 3 2021, a Facebook account shared a video which purportedly showed a “spontaneous” rendition of the national anthem, performed by shoppers at a Walmart in Haslet, Texas:

Alongside the video, the original poster added:

As one might expect from a viral Facebook post, commenters seemed evenly divided. Half were moved to emotion by the apparently sudden outburst of patriotic sentiment, while others found the video to be an unsettling “cult-like” display. Occasionally, a comment included a bit of both:

“I gotta give some applause for this but a laugh at the location. I mean I’m not sure if this is now the new most like meme worthy image for what rednecks are or what but it has a place for sure haha”

On July 4 2021, a version of the video was uploaded to YouTube, and a TikTok iteration received more than a million views. That version was shared to Twitter and viewed nearly five million times:

Commenters from other countries described the popularity of the clip as exemplifying Americans’ jingoistic tendencies:

Who tf starts singing the national anthem in WALMART??
If I started cracking out Hen Wlad fy Nhadau in the middle of my weekly shop at Lidl I'd probably get smacked. 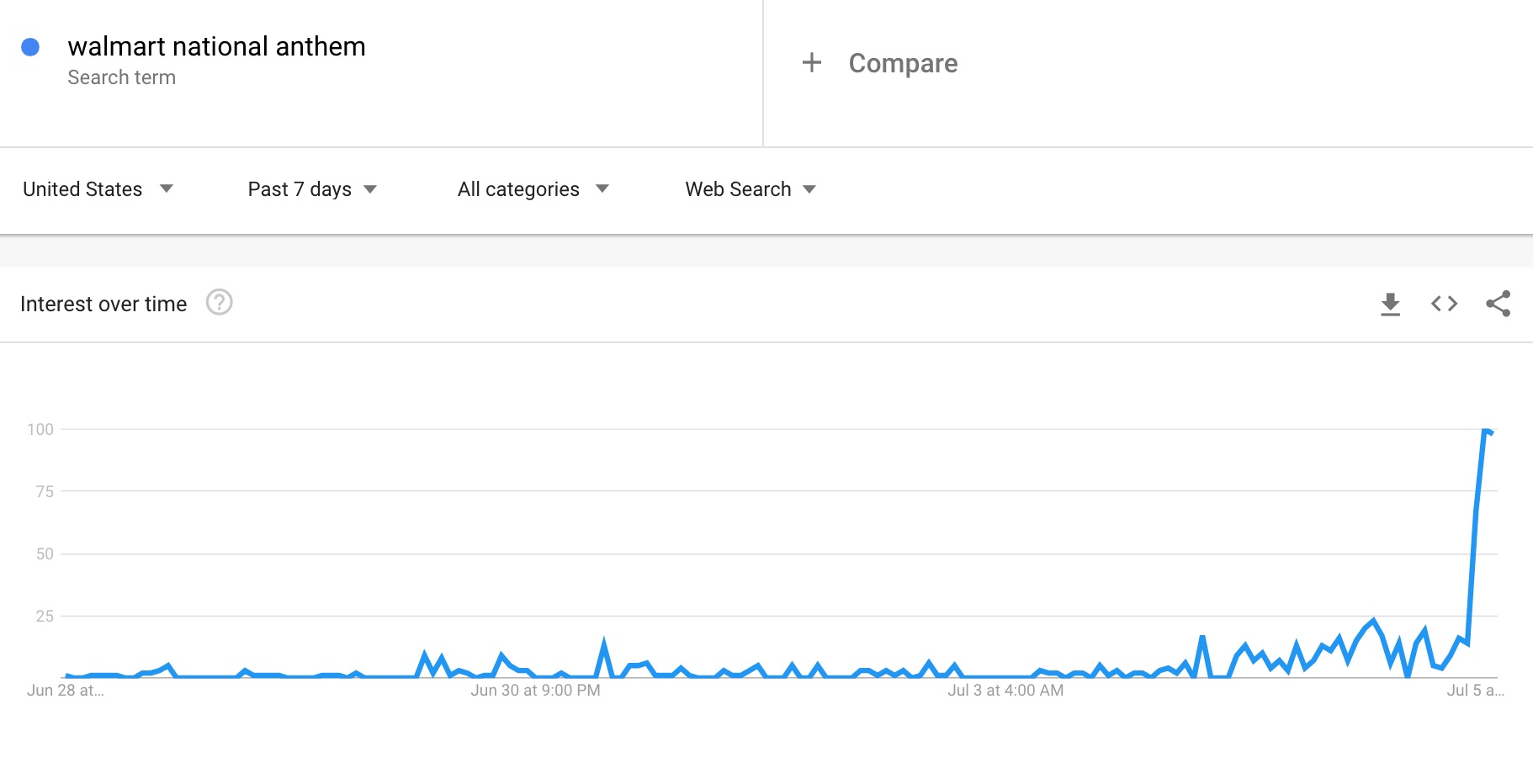 A July 4 2021 KTVT article about the incident embedded a version of the Walmart national anthem outburst from a different angle. KTVT embedded a version shared to Facebook on July 3 2021, in which one individual shopper can be seen singing for a while before other shoppers joined in:

In video captured by the Facebook page J.ournal Poems, a woman could be seen singing “The Star-Spangled Banner” under a large American flag at a store in Haslet.

As she and a few others sang, numerous other customers stopped their shopping carts and joined in.

It wasn’t immediately clear who filmed the most viral version of the Walmart National Anthem video in Haslet, Texas on July 3 2021. The clip was the subject of at least two viral Facebook posts (possibly involving different videos), a TikTok post, and a popular tweet. The events appeared to be described accurately in terms of the outburst of song, location, and date, but social media users were divided over whether they found the footage moving or unsettling. It is also unclear whether the singing was as spontaneous as it appeared, as such flash mob type events are often organized out of sight, generally in Facebook groups or via direct messages.