Nathan Phillips starred in a music video about attacking police.

Phillips was quickly accused by Big League Politics of “attacking police” in a video for the Skrillex and Damien Marley song “Make It Bun Dem,” despite the video showing nothing of the sort:

Nathan Phillips, the Native American radical activist who confronted the MAGA hat-wearing Catholic teens at the March For Life, starred in a 2012 Skrillex video called “Make It Bun Dem,” in which Phillips does some spiritual warfare connected to a violent attack on a police officer. Phillips was identified as the star of the video in his speaker bio for Tribal Hemp & Cannabis Education and discussed the role in a 2017 interview.

Nathan Phillips, the Native American man at the center of the controversy involving Covington Catholic High School students who were unfairly smeared by the media, is raising money with the help of a major big-money left-wing operation, and has a history of appearing in the press claiming to be a victim of anti-Native racism.

That site made a number of claims, among them: that Phillips “harassed” Covington Catholic students, that he had a habit of “claiming to be a victim” of racism, and that he is “connected to leftist activists” and “personally fundraising” from the ensuing media brouhaha.

The first question was whether Phillips indeed appeared in a music video in 2012. Answering it also addresses the second question about its content. Summaries that appeared before the 2019 controversies and subsequent claims indicated that the video in fact was intended to show a conflict between working-class people and wealthy developers:

This video depicts a conflict between citizens losing their homes to eminent domain and the officer seeking to evict them to enrich a real estate developer.

The video begins with a Code Enforcement Officer knocking on the doors of people being evicted from their homes, and the victims and their families being pulled struggling from their homes. An elderly Native American man, played by elder Nathan Phillips is shown waiting for his turn on the front porch, as a younger family member arrives home and goes into the backyard to perform a rain dance with two boys watching him in fascination. It begins to rain, an act of non-violent direct action that causes the development plans of the business man to be washed away….

When the officers return, their leader demands that they evict Phillips. Instead, they refuse and walk away. The storyline is evident in screengrabs from the “Make It Bun Dem” video. It opens with an eviction notice visible in a mailbox:

Phillips’ character sits on a porch and greets a young relative as he comes home from school, eviction notices also visible on their door in the background:

From that point, the younger relative is shown doing what could be described as a “rain dance”:

Meanwhile, a code enforcement officer and a business developer review plans for the neighborhood, presumably to be undertaken once its residents are evicted:

Residents of the neighborhood are distraught as they are forced to leave their homes: 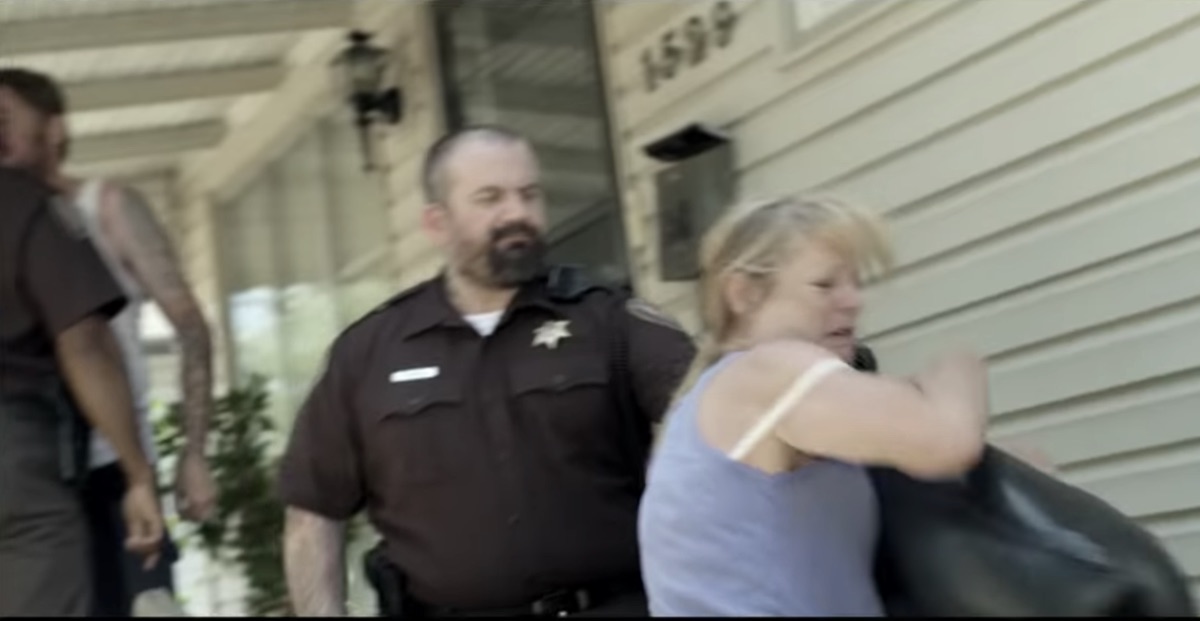 Notably, here the officers do not appear to be enthusiastic about participating in the evictions: 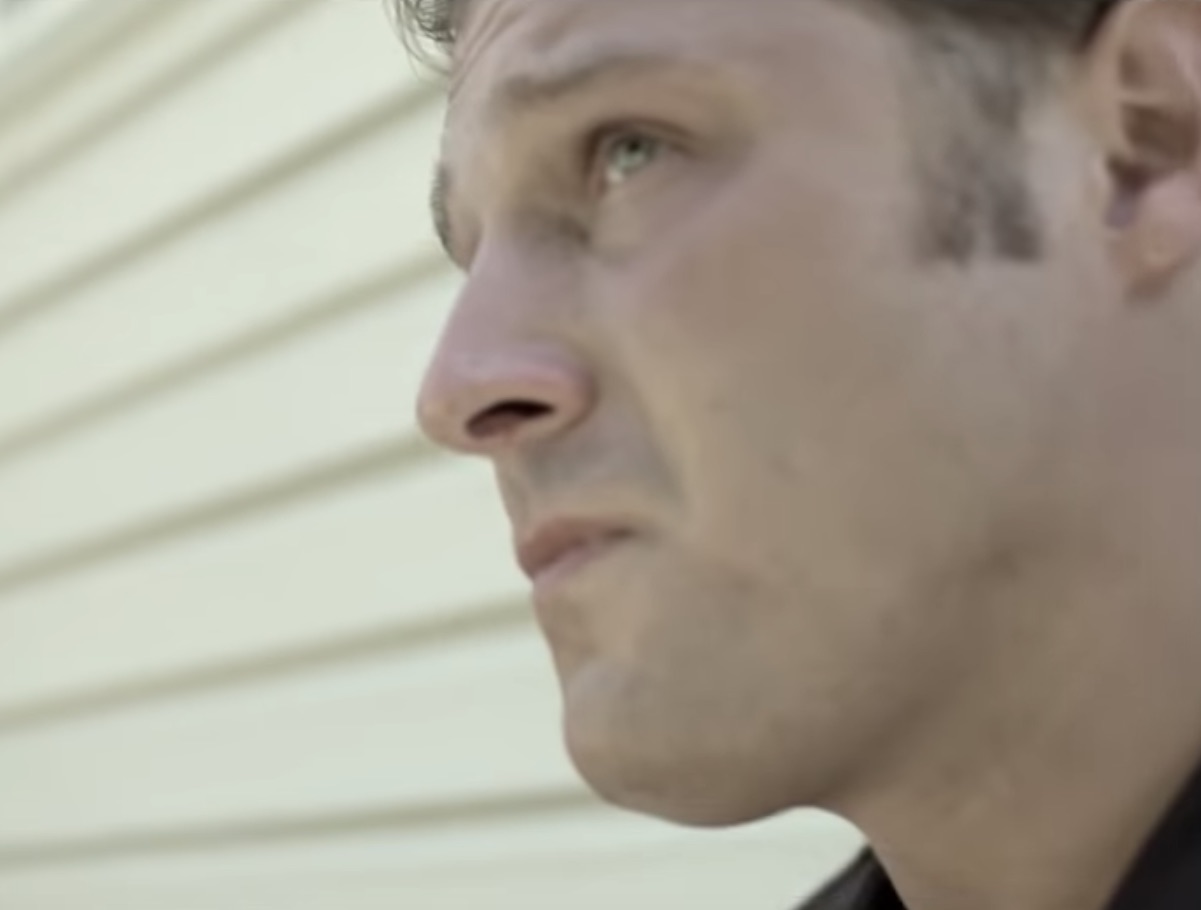 As another household is evicted, papers are seen blowing in a sudden wind: 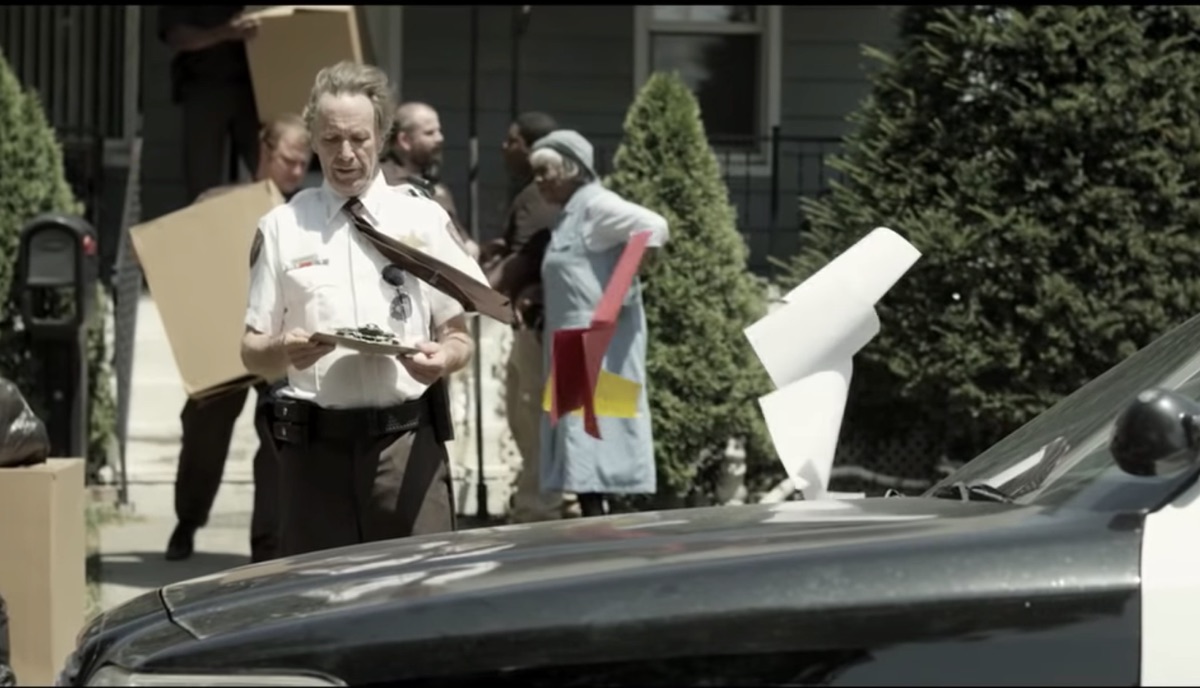 Subsequently, Phillips’ character stands across the street from the officer in the white shirt and the developer. It begins to rain, washing the developer’s blueprints away:

Inside their house, Phillips’ character and the younger man appear to perform a ritual of sorts: 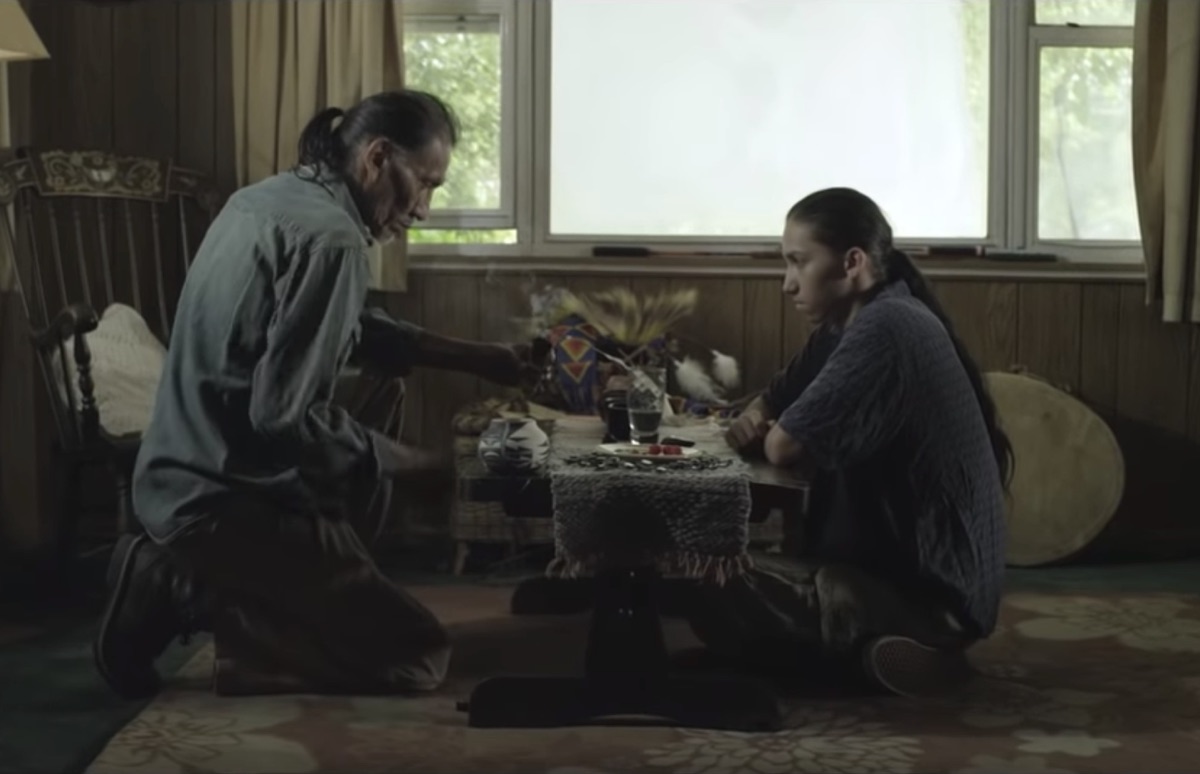 The young man returns to his backyard and resumes dancing, an act that appears to invoke a spirit:

Finally, the law enforcement officers express their disdain for the developer’s action. All three gesture angrily before walking away from their leader, the man in the white shirt:

The now-former leader tries to confront the younger family member and is thwarted by what appears to be a spirit eagle before the video cuts to the final scene, which shows Phillips sitting inside with his three huskies.

Overall, whether Nathan Phillips appeared in the “Make It Bun Dem” video is not in dispute. However, a summary of the Damien Marley/Skrillex video did not describe the character played by Phillips (nor any other portion of the video) as “attacking police,” and nowhere in the video were any police attacked.