Someone purchased the domain LouisvilleMetroPolice.com and redirected it to the Wikipedia page called "Shooting of Breonna Taylor."

On June 1 2020, a Facebook user shared the post below, directing fellow users to the domain LouisvilleMetroPolice.com and lauding its creator as a hero:

The post was shared more than 10,000 times in under four days, with most commenters tagging others in the comments. No preview was appended to the post, only the domain name.

In fact, users with multiple tags open might not catch the purpose of the domain at first. It seemed the creation of the domain and the publication of the Facebook post occurred in close chronological proximity, as the post appeared to have been shared on June 1 2020. A domain registration page showed that the domain had been purchased or transferred on June 2 2020, likely a function of time zones: 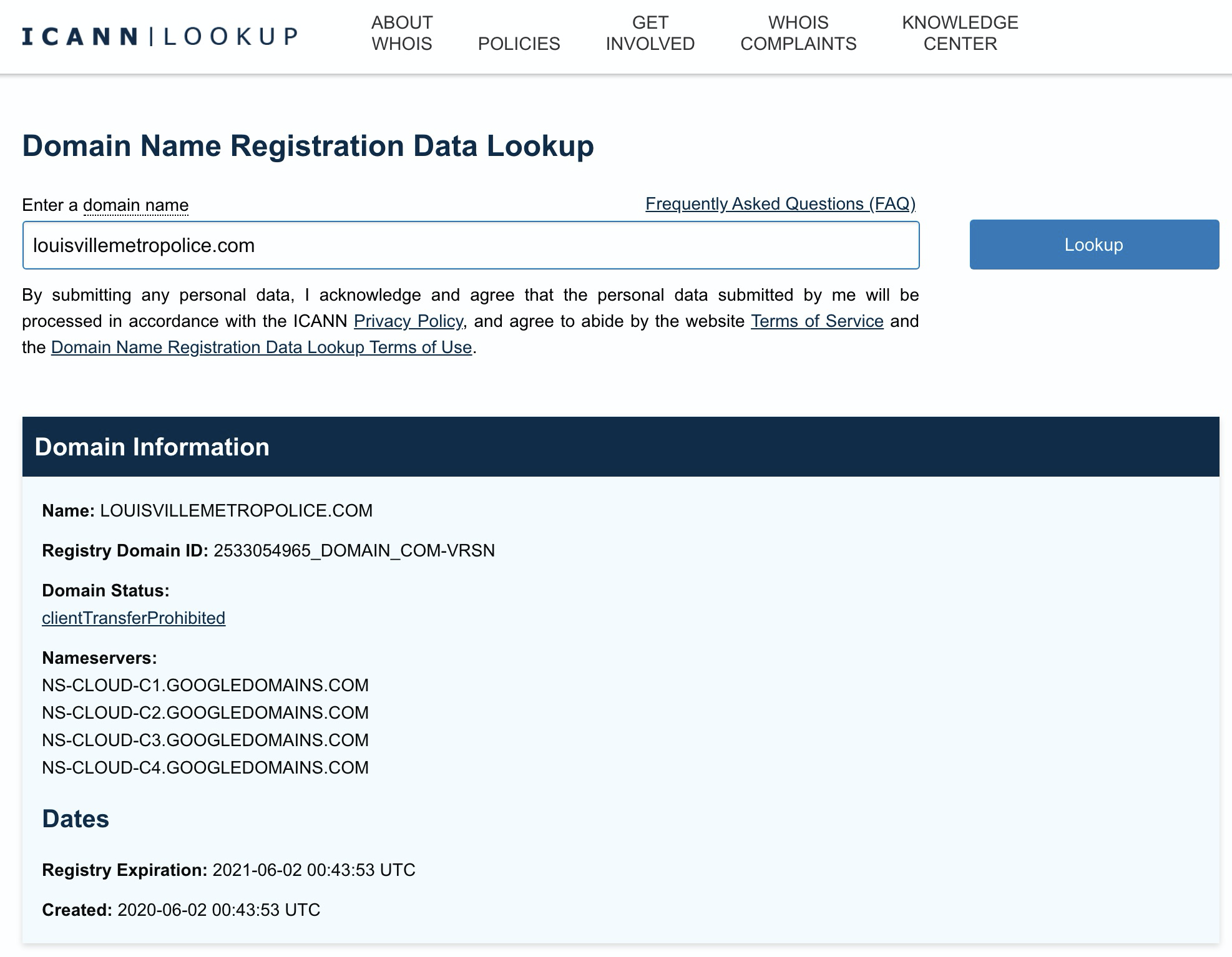 In any event, clicking through the LouisvilleMetroPolice.com link in the post did not lead to an official department page or any original page. It in fact led to the Wikipedia page “Shooting of Breonna Taylor,” which began by describing the circumstances under which first responder Taylor was shot and killed in her home by police while she slept:

On March 13, 2020, Breonna Taylor, a 26-year-old African American woman, was fatally shot by Louisville Metro Police Department (LMPD) officers. Sergeant Jonathan Mattingly, Detective Brett Hankison, and Detective Myles Cosgrove entered her apartment in plainclothes in Louisville, Kentucky, while serving a “no-knock warrant”. Gunfire was exchanged between Taylor’s boyfriend, Kenneth Walker, and LMPD officers who entered the apartment. Taylor was shot eight times and Mattingly was injured by gunfire. No drugs were found in the apartment. Another police officer and an LMPD lieutenant were on the scene when the warrant was executed.

According to a wrongful death lawsuit filed against the police by the Taylor family’s attorney, the officers entered the home without knocking or announcing that they were police officers, and allegedly opened fire “with a total disregard for the value of human life.”

Breonna Taylor was, as the Wikipedia article indicated, killed while sleeping in her own bed in her own home, as police executed a “no-knock warrant.” On June 4 2020, the New York Times published a piece headlined, “Why Aren’t We All Talking About Breonna Taylor?” A subheading read:

Like George Floyd, she was also killed by the police, but her case remains largely disconnected from the broader narrative.

The item was set against nationwide protests over the death of George Floyd in Minneapolis on May 25 2020. Taylor’s death on March 13 2020 led to outcry, but not the outpouring of fury unleashed by Floyd’s killing:

The exclusion of Breonna Taylor’s name is the latest iteration of a longstanding issue: Black women’s experiences of police brutality and their tireless contributions to mass social justice movements have almost always been left out of the picture, receiving far less media or political attention.

It is true that an unknown party behind a privacy proxy purchased the domain LouisvilleMetroPolice.com on or about June 1 2020, and quietly pointed the URL to the Wikipedia page “[The] Shooting of Breonna Taylor.”