Raised dots on a steering wheel are words in braille for blind drivers. 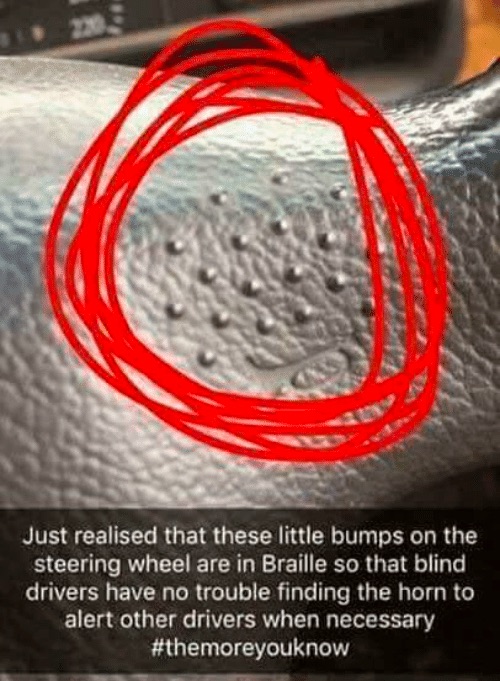 The image shows raised dots on the center of a steering wheel, and says:

Based on an image search, that notion seems inconsistent at best — some steering wheels featured dots across the entire right and left side grips, and others featured no dots at all. (The “steering wheel braille” meme is similar to a related meme about a gas gauge arrow on cars’ instrument panels.)

An implicit claim in the meme is that visually impaired drivers are operating vehicles, thereby benefiting from braille on their steering wheels, but organizations for individuals with visual impairments note that laws differ from jurisdiction to jurisdiction [PDF] regarding to drivers with low vision. Generally, reporting on visual aids for drivers has more to do with to audio devices and bioptic lenses.

A similar meme appeared in two Reddit posts in July 2018 with a different image, and in March 2017 Redditors were skeptical anyone believed the claim at all: 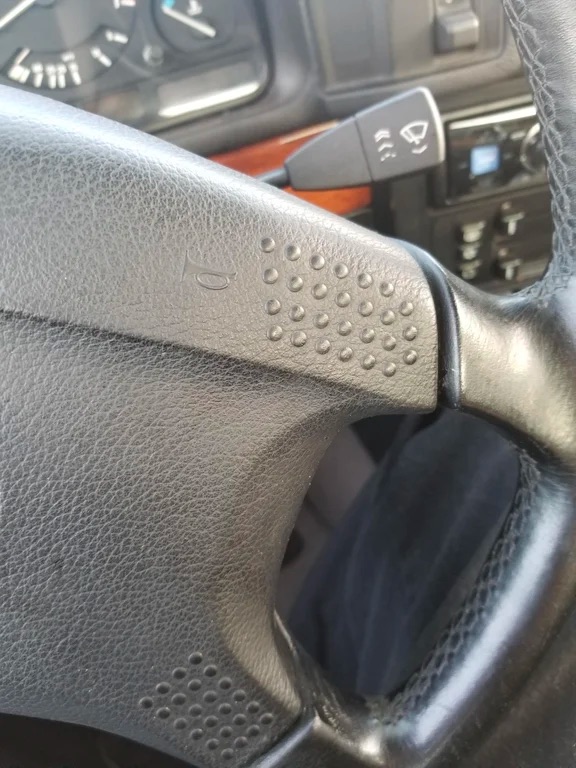 None of the example photographs show anything like what a braille generator returned for the word “horn”: 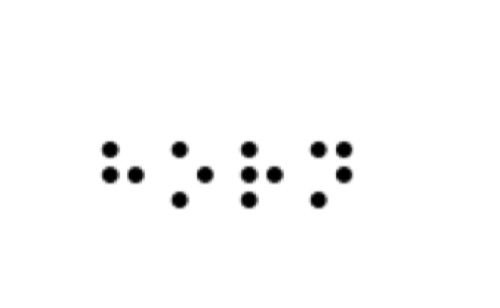 It is possible that the explanation comes from a 2017 Quora answer to the question “Why are there little bumps over a steering wheel?” One user responded, claiming not that the dots were braille, but that they were physical markers for partially sighted or blind drivers:

It is for those partially sighted, or registered blind, so that they can locate the correct position of the steering wheel while driving straight ahead.

This was a big problem in the early part of the twentieth century, but as usual, the amazingly not so obvious solution was staring us in the face, and of course, was elegantly simple, and more importantly cheap for the manufacturers.

However, another user’s answer to the question maintained that the raised portions of some steering wheels were meant to assist all drivers in finding equipment like the horn without taking their eyes off the road:

The bumps you show are arranged in a circle. Right underneath there is the horn symbol.

This area is where the horn button is located.

The button is not in the middle of the wheel because the airbag is there. It’s not distinct from the rest of the wheel.

The bumps are there to help you locate the horn without looking away from the road.

Raised dots on a steering wheel are not a universal feature, and the patterns we reviewed in images did not appear to be any form of braille. Their appearance across grips on both sides suggests that the texturized surfaces are for a better hold on the steering wheel, not a physical cue. Speculation that the occasional appearance of dots near a horn button was to discourage drivers from taking their eyes off the road provided one potential explanation for the claim, but we found no evidence that the dots were ever intended for visually impaired drivers.