This is a forwarded email that alleged former President Bill Clinton was a draft dodger and was the first pardoned federal felon ever to serve as President of the United States. 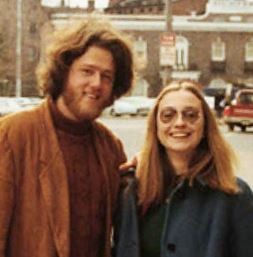 Bill Clinton was never charged with felony draft evasion so he was never given pardon. That part of the eRumor is Fiction.

The rest of the rumor, that Bill Clinton was a draft dodger, began when he was running for President in 1992, around the time of the New Hampshire primary. His GOP opponent, George Bush, leaked out a letter, written by a young Bill Clinton, thanking a Colonel in the U.S. Army for, as Clinton wrote, “saving me from the draft.”

In 2014, when the former President’s wife, Hillary, has eyes on the Oval Office, this rumor has once again gone viral on the Internet.

This is what we know about Bill Clinton and the Selective Service:

As the law was back in 1964, Bill Clinton would have to register for the Selective Service shortly after his 18th birthday on August 19.

Clinton graduated from high school in May, and the following fall he was accepted to and attended Georgetown University, where he studied at their School of the Foreign Service. This according to Clinton’s biography on the Biography.Com website, which said, that he jumped into politics early in his college years and was elected class president in both his freshman and sophomore years. The article went on to say that “Clinton lost the election for student body president during his junior year, most likely because his classmates found him ‘too political.'”

Clinton’s autobiography, “My Life,” said that he had a 1-D Reservist classification. Clinton wrote that he investigated the possibility of joining the Air Force to become a pilot but his vision was not good enough in his left eye. He also took a physical for the naval officer program but failed it, because of poor hearing.

Upon graduating in 1968 from Georgetown, The Biography.com article said that Clinton won a Rhodes Scholarship to continue his education at Oxford University. It went on to say that “shortly after his arrival in England, Clinton received his draft notice and was forced to return to Arkansas.”

Shortly afterwards, Clinton dropped out of the University of Arkansas and he flew back to England to continue his education at Oxford and then on to Yale where he eventually earned a Juris Doctor degree from Yale.  During his time in England, Clinton was also an active war protester.

Because he dropped out of the ROTC program, Clinton wrote the draft board and requested a reclassification. On October 30th the draft board sent him an A-1 classification, but President Nixon had signed into law a policy change that allowed graduate students to finish the entire year of school.  This granted Clinton another college deferment. Later President Nixon signed into law the draft lottery where each day of the year was pulled out of a bowl and assigned a random number. Clinton’s lottery number for his birthday was high enough to keep him out of the Army.

Although highly criticized for skirting his way out of the draft by his political opponents, Clinton actions were, in what some might say, legal.

A copy of the letter, along with a transcript of the Nightline interview with Bill Clinton, was found on the PBS website. 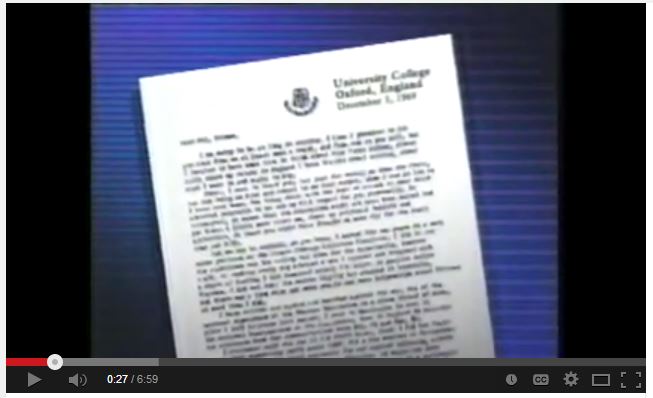 On January 21, 1977 President Jimmy Carter pardoned the draft dodgers and made good his campaign promise to grant unconditional pardons to those who fled the U.S. to evade the draft during the war in Viet Nam.