A Swedish child was beaten up by "a Muslim immigrant" for having blue eyes.

On January 1 2020, disinformation purveyors all across the internet suddenly pivoted in unison to pushing the same disinformation that has muddied English-speaking social media since at least 2015, down to the same claims, the same recycled stories, and the same reappropriated photograph: 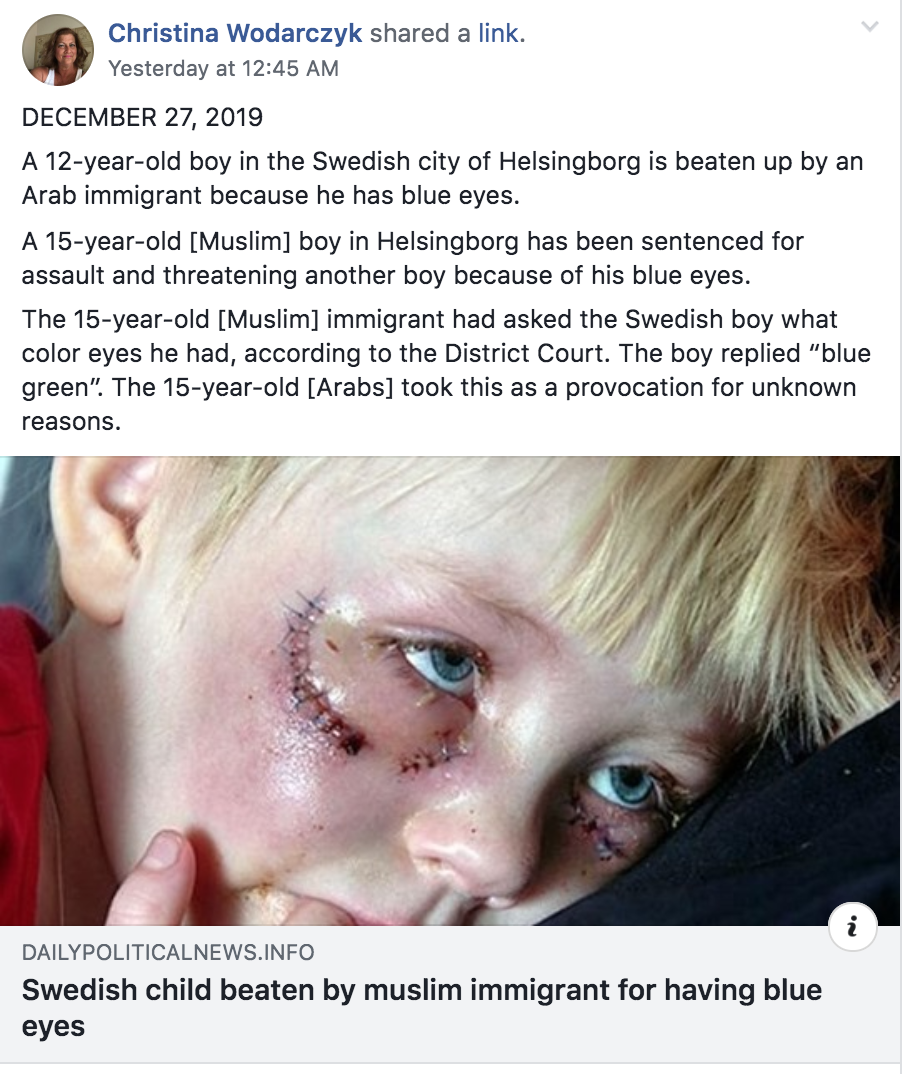 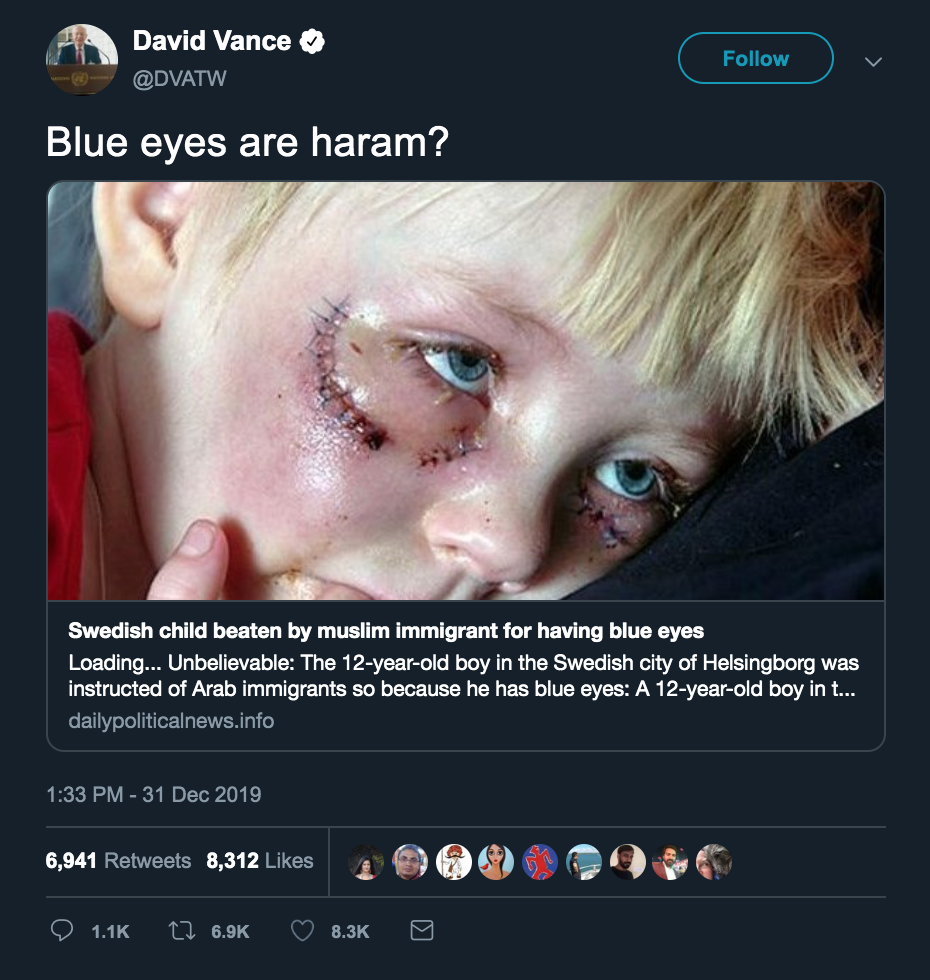 Every claim showed the same image of a blue-eyed child with lacerations and stitches around her eye and packed an extraordinary amount of disinformation and fearmongering into just a few words:

“Haram” means actions forbidden under Islamic law, which should have shown that this claim was a lie on its face. Other comments uncritically reproduced part of the body of the article linked, which should have been a clue that perhaps the story might not be getting pushed in good faith:

Swedish child beaten by muslim immigrant for having blue eyes

A 12-year-old boy in the Swedish city of Helsingborg is beaten up by an Arab immigrant because he has blue eyes.

A 15-year-old [Muslim] boy in Helsingborg has been sentenced for assault and threatening another boy because of his blue eyes.

The 15-year-old [Muslim] immigrant had asked the Swedish boy what color eyes he had, according to the District Court. The boy replied “blue green”. The 15-year-old [Arabs] took this as a provocation for unknown reasons.

As mentioned, this photograph has been used to push the same false claims for years. In 2017, another time this was getting traction, Wales Online noted that the image actually shows a victim of a dog attack in Cardiff — from 2008:

This image of a four-year-old girl savaged in a dog attack has been shared hundreds of times on Twitter with the claim it was a boy in Sweden attacked by Muslims.

But the images in fact showed the aftermath on the attack on young Sophie, who was four at the time, when she was attacked by her family dog in 2008 in Cardiff Bay.

The tweet, which was posted early Sunday morning, has been retweeted more than 500 times and liked by more than 350 users.

But users from Wales recognised the photographs — and tried to correct Mr Gowing, without success.

The body of the disinformation stories, which sharp-eyed readers may have noticed did not match the photograph nor the claim at all, described in broken English a purported high school bullying incident from 2013 in which a fifteen-year-old boy slapped a twelve-year-old boy across the face, for which he was disciplined and fined:

The 15-year-old [Muslim] immigrant had asked the Swedish boy what color eyes he had, according to the District Court. The boy replied “blue green”. The 15-year-old [Arabs] took this as a provocation for unknown reasons.

Two witnesses say they saw the 15-year-old slap the boy in the face and say he would continue beating him at the school break. The 15-year-old was convicted for illegal threats and beatings with a daily fine.

The 15-year-old denied the crime, claiming that he was misunderstood because of language difficulties – since his first language is Arabic.

The incident has not been reported as a hate crime. Another case of a Muslim migrant getting away with an obvious crime because of liberal judges.

These stories, without the creative additions, can all be traced back to the same December 2013 article published by a Swedish anti-immigrant (or “immigration-critical“) newspaper called Fria Tider about the same school fight:

According to the district court, the 15-year-old asked a boy about his eye color, to which the Swede answered “blue-green”. That was a response that the 15-year-old for unknown reasons experienced as provocative.

“Are you kidding?” The 15-year-old asked, leaning over the table and boxing the boy’s ear.

Two witnesses state that they saw the 15-year-old slap the boy and say he would continue to beat him on the school break. The 15-year-old was convicted of unlawful threats and mistreatment and fined.

The 15-year-old denies the crime and claims that he was misunderstood because of language difficulties, since his native language is Arabic.

Despite the increasingly hysterical claims, even the original article does not state that the slapper was Muslim or even an immigrant — simply that the fifteen year old’s first language was Arabic, which supported his claim that the “blue-green eyes” statement, and indeed the altercation itself, was a misunderstanding caused by a language barrier.

It hardly needs to be noted (but we will note it here anyway) that the descriptor “Muslim” does not correspond to any particular phenotype, as it is not an ethnicity but a religion that is practiced by billions of people around the world. As Pew Research noted in 2017, that number continues to grow:

Pew Research Center uses an array of surveys, census reports, population registers and other data sources to estimate numbers of Muslims and other religious groups around the world, the goal being to count all groups and people who self-identify with a particular religion. The figures presented here are as of 2010.

Looking ahead, the Center estimates that by 2050 the number of Muslims worldwide will grow to 2.76 billion, or 29.7% of world’s population.

As of 2020, this same story is now receiving traction not just in the United States and the United Kingdom, where bad actors have pushed anti-Islam disinformation for years to great effect (benefiting and bolstering the anti-immigrant claims of both the Trump administration and the Brexit agenda), but also in India under prime minister Narendra Modi’s administration in order to increasingly support a nationalist agenda as the Kashmir region — disputed for decades by India and Pakistan — remained in crisis: 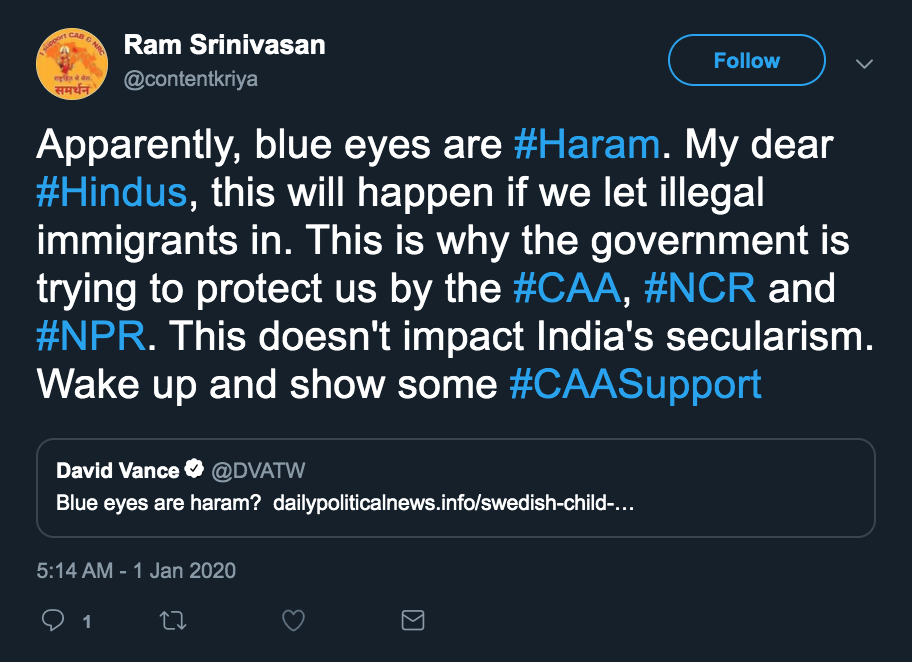 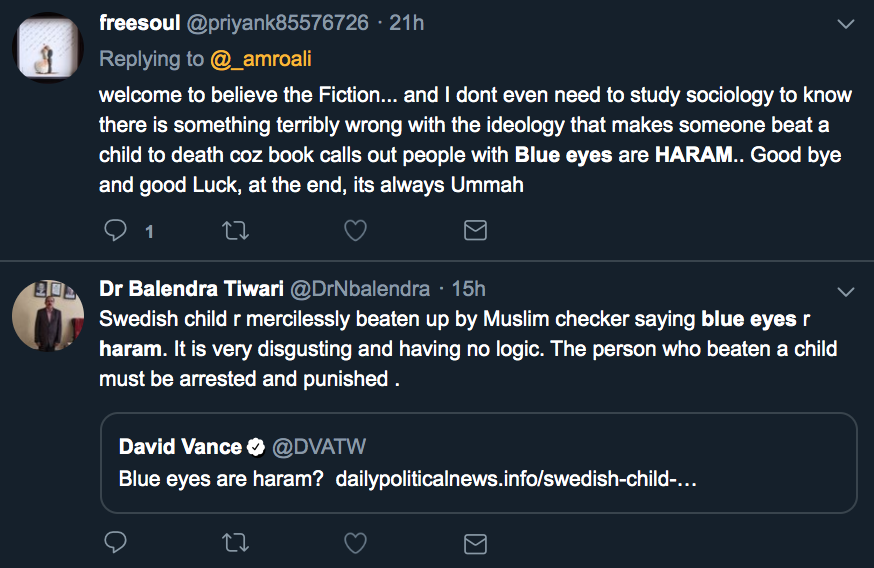 In a pattern that should surprise no one who lived through the global political cycles from 2015 through 2019, India has been plagued by corrosive disinformation and xenophobic propaganda under Modi. Despite Facebook’s repeated and ongoing claims that it is “cracking down” on the spread of false stories and on disinformation networks, politically-charged and destructive lies still freely circulate on its various platforms, including WhatsApp.