A December 2016 post on the Facebook page “Mummies & Daddies” circulates in perpetuity, continuing to spread misinformation about the effectiveness of apple cider vinegar (sometimes shortened to the initials ACV) and coconut oil as a treatment for head lice infestations in children: 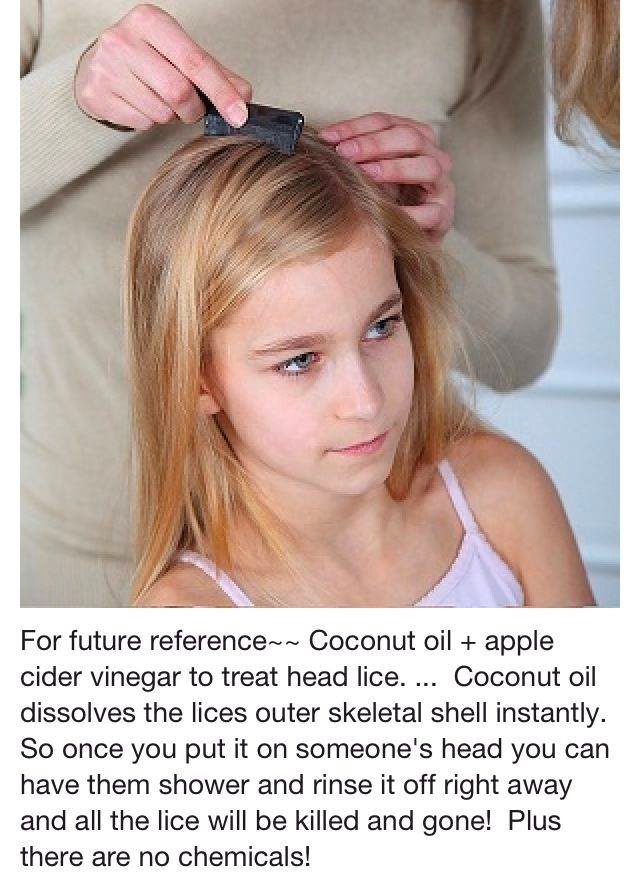 Underneath a photograph of a woman nit combing a child, text states:

For future reference~~ Coconut oil + apple cider vinegar to treat head lice. … Coconut oil dissolves the lices outer skeletal shell instantly. So once you put it on someone’s head you can have them shower and rinse it off right away and all the lice will be killed and gone! Plus there are no chemicals!

The claims made by the popular meme — which was eventually shared hundreds of thousands of times — were enticing, suggesting that the best remedy for head lice involved items common in many kitchens. It further hinted that the expense and hassle of purchasing (possibly expensive) treatment shampoos and painstaking combing for nits were unnecessary, with a simple topical application of common household items and showering emerging as a superior approach to infestations of lice.

In December 2018, WUSA consulted experts on head lice to determine whether the long-circulating claims had any merit. Those consulted were in agreement that the “treatment” was at best worthless, and at worst enabled lice infestations to continue to spread:

Our team of researchers dove into studies from the Journal of Pediatric Nursing and two local lice experts.

They confirm, it’s not supported by science: vinegar won’t dissolve nor smother lice to death.

“It’s just somebody trying to claim an expertise,” Karen Franco, owner and founder of Advice on Lice in Kensington, Maryland, said.

Franco says what the author of the Facebook post probably means is that the concoction would dissolve the glue excreted by the louse to bind the nit to the hair shaft. But, even that wouldn’t work, because the louse’s glue is made up of the same properties as hair.

“The female bug’s egg is laid on a hair shaft, it’s secreted and glued on, Franco said. “The makeup of that actual glue is very similar to hair, so any kind of solvent that might dissolve the glue, might also dissolve your hair. So don’t think that’s something people are going to actively pursue.”

Nancy Fields, owner of Lice Happens in Annapolis, Maryland, agrees, the science for a vinegar treatment just isn’t there.

“There isn’t good research our there that’s leading to a conclusion that vinegar is something that can dissolve the exoskeleton of lice and therefore kill them,” Fields said.

Don’t think vinegar and oil will suffocate the bugs either.

“When it comes to home, do-it-yourself approaches, applying something to the hair and the scalp to suffocate — dubious results at best,” Fields said. “I suppose if you put a louse in the middle of mayonnaise jar, over time it will suffocate, but in practice, parents are putting a thin layer or mayonnaise or any other kind of oil..head lice are very resilient.”

The experts’ contributions reiterated research published in 2005. At the time, researchers examined several home remedies for head lice, finding that none actually kept the lice from laying eggs or effectively prevented those eggs from hatching:

In this article, we examined the potential value of six purportedly effective “home remedies” (vinegar, isopropyl alcohol, olive oil, mayonnaise, melted butter, and petroleum jelly) to treat head louse infestations and the likelihood of drowning lice by water submersion. Results indicated that only the application of petroleum jelly caused significant louse mortality but no treatment prevented lice from laying eggs. Most home remedy products did little to kill eggs, despite prolonged exposure. Petroleum jelly caused the greatest egg mortality, allowing only 6% to hatch. It was extremely difficult to drown lice, despite extended periods (i.e., 8 hr) of water submersion, suggesting that killing lice by depriving them of oxygen is inefficient. None of the home remedy products we surveyed was an effective means of louse control. This suggests that when treatment failure occurs, an increased amount of time and effort should be focused on alternative chemical pediculicides and/or manual louse removal (i.e., combing) rather than using any of these products.

Experts on head lice concur that pediculicides and combing are the only way to successfully completely resolve head lice infestations. Vinegar (apple cider vinegar or ACV included) was one of substances tested by researchers in 2005. It and other simple household products failed to effectively treat cases of head lice.