Capitol Police Officer David Bailey was identified as the individual who shot Ashli Babbitt on January 8 2021.

Posts about the claim spread on 4Chan’s /pol/ (archived) and TheDonald.win, where would-be open-source sleuths debated whether grainy video of the shooting matched the rumor. Redpilled.ca’s January 12 2021 post began:

Now, REDPILLED Media has uncovered evidence confirming our previous reporting through self-incriminating Facebook posts, and revealing Agent Bailey as a Brazilian immigrant who has pledged his allegiance to the deadly Black Lives Matter movement — even going so far as vowing to murder Trump supporters.

Not long after that portion, Redpilled.ca claimed that Capitol police had declined to identify the officer who shot Babbitt:

The Capitol Police absolutely refused to release the name of the officer. The media didn’t ask for a name and diverted all attention away from his murderous crime. The foreign newspaper The Sun even spit on Ashli’s grave by releasing a clickbait headline “Who shot Ashli Babbitt, the woman who died at the Capitol?” but refusing to even name the officer involved in the heinous killing in the entire article.

So Trump supporters identified the assassin themselves.

Redpilled.ca provided a link to a TheDonald.win post shared around January 9 2021, which in turn linked to a collage of images. That image set visually asserted that very short snippets of video appeared to show a bracelet on the shooter’s hand, which  therefore, somehow, served as a positive identification.

Redpilled.ca’s sole source was a thread (submitted, we should point out, by a user going by “ashlisghost“) on TheDonald.win, which attracted around five upvotes and engagements.  Commenters on the Redpilled.ca post did not seem to mention (or notice) that the site’s source for its unverified claims was in fact one single, unpopular post from four days before.

The site Redpilled.ca was just over one month old as of January 12 2021, suggesting that it was created for the sole purpose of disseminating election-related disinformation: 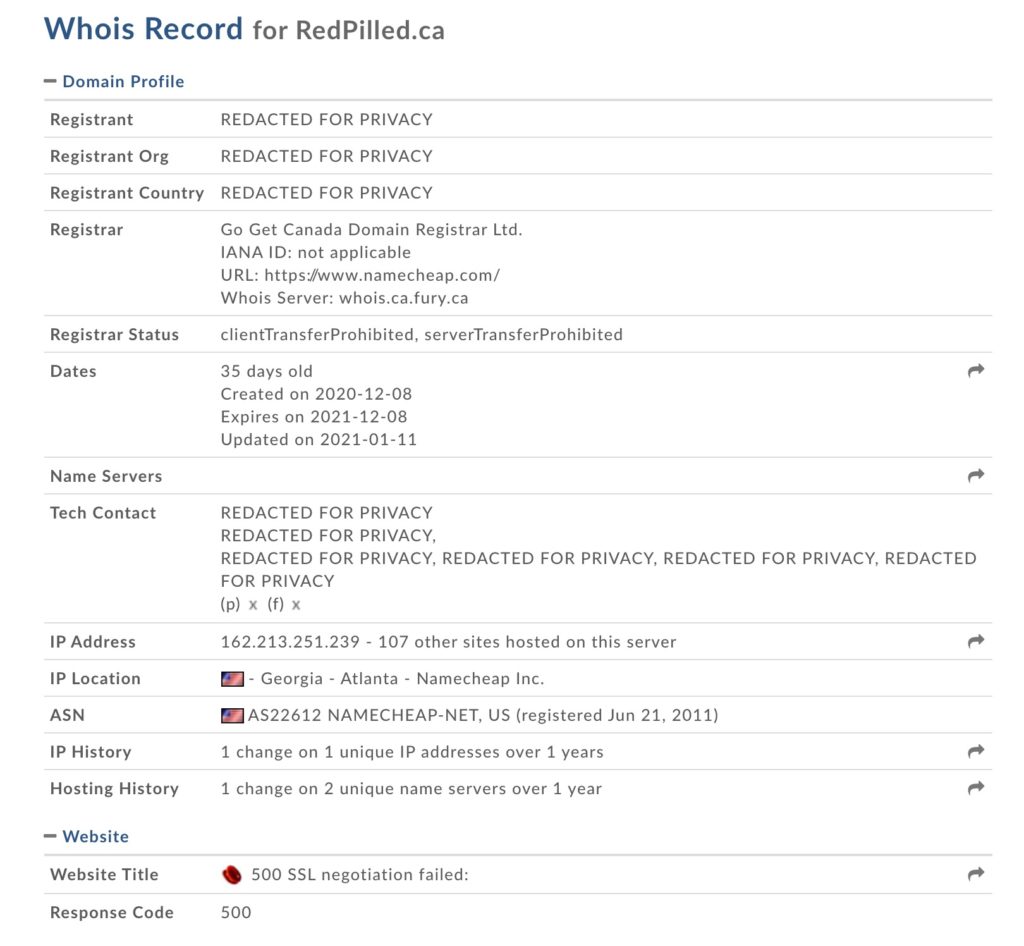 A number of social media posts claimed, falsely and without any supporting evidence, that the agent or officer who fired the shot that killed Ashli Babbitt had been positively identified as Capitol Police Officer David Bailey. That claim originated with a brand-new website (Redpilled.ca), and it hinged entirely on a days-old and originally barely-noticed post to TheDonald.win; commenters there did not seem to notice that the disinformation they debated originated with one of the site’s users, and that it had been largely ignored when it was first claimed. No news organization, credible or otherwise, has identified the agent or officer involved in the incident during which Ashli Babbitt was shot and killed; any claims to the contrary are lies.