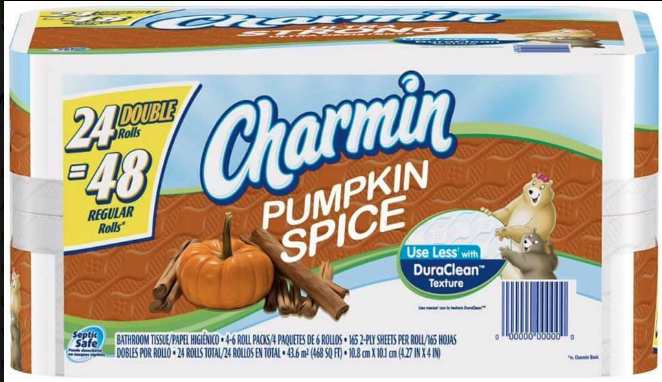 The photo was shared by a Facebook account operated by My Fridge Food, a website that allows visitors to generate recipes based on what food is already in their fridge. The post was likely shared as a spoof on the pumpkin spice craze, but taken out of context commenters on social believe it was true. They reacted with a mix of excitement, outrage and disbelief about pumpkin spice toilet paper.
Rest assured, you won’t be see pumpkin spice toilet paper on store shelves this fall.