Summary of eRumor:
Chick-fil-A restaurants in the Orlando area went into work on a Sunday, despite the company’s longstanding policy to close on Sundays, to make food for people waiting in line to donate blood.
The Truth:
Rumors about Chick-fil-A’s response to the Orlando terrorist attack that left 50 people dead are true.
Employees from a number of restaurants in the Orlando area voluntarily reported to work to serve chicken sandwiches and ice tea to people who had to wait hours in line to donate blood.
The restaurant confirmed on Facebook that it had made an exception from its long-standing policy to close on Sundays after the deadly attacks: 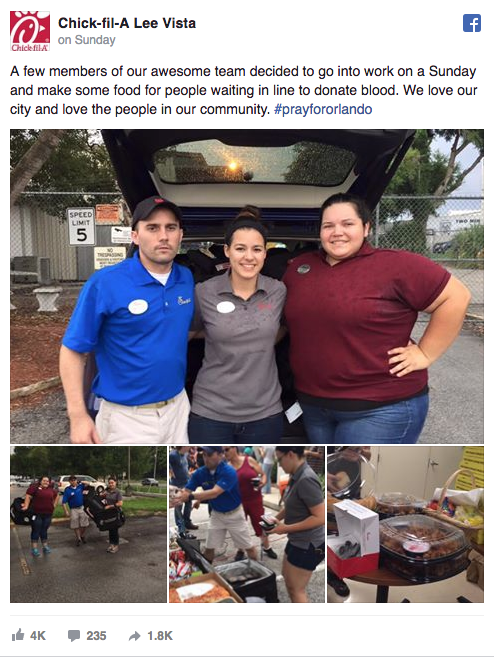 Chic-fil-A’s policy to close on Sundays has been the subject of rumors for years. The franchise has been closed on Sundays ever since the first restaurant in the 1940s — unless there are special circumstances.