Images show the Spanish Army in the process of locking the country down to prevent the spread of coronavirus strain COVID-19.

During global responses to a coronavirus pandemic, a March 19 2020 Facebook post “for the ladies” purportedly showed the “Spanish Army” enforcing a country-wide lockdown to prevent the spread of SARS-nCoV-2:

Above a gallery of just over a dozen images, poster Joe Campbell wrote a caption (later adding a link to a GoFundMe campaign):

I didn’t expect this little fun post to go so crazy, glad it can bring some fun in such crazy times, I’ve put together a go fund page to give something back to the front line services here in my area. Donate €1 or €10 it doesn’t matter I’m sure they’ll appreciate the donation once this all blows over keep smiling world

Campbell’s caption described the images as showing the “Spanish army,” likening the photographs to “a [Christian] Dior aftershave” advertisement. One of the men depicted bore a striking resemblance to Channing Tatum: 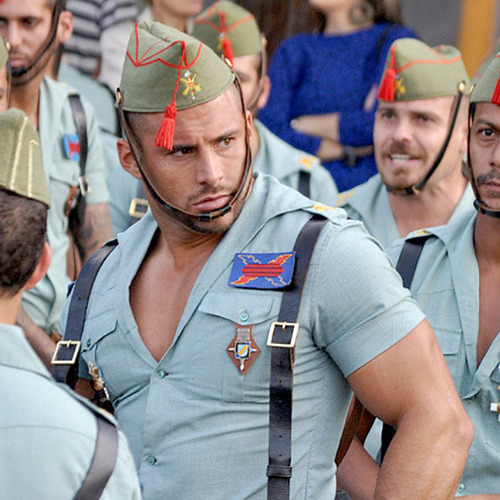 An equally popular version of the rumor was shared to Twitter:

Next to two of the same images, that tweet read:

Spain is deploying its army to help manage their coronavirus outbreak and not to be insensitive at an anxiety-inducing time but uh… I think I speak for all New Yorkers when I say, Spain, hi, can you deploy some of that in our direction? We will comply with your orders.

Am I meant to believe that;
1. The uniforms.
2. Marching styles

Several of the images were shared in November 2018 to a not-safe-for-work, adult content blog called “Real Boys” (in a post titled “The Hottest Cops / The most hot policeman.”) One appeared in an article from January 2018, titled “Too fat to fight: Spanish Legion soldiers put on diet.” Another was available via Getty Images, dated in December 2018 and captioned:

Legionaries of the Spanish Legion on parade during the solemn monthly act of Lowering the Flag at the monument of the Heroes of Taxdirt of Melilla, carried out within the framework of the 40th Anniversary of the approval of the Spanish Constitution. On Wednesday, December 5, 2018, in Melilla, Spain.

Another one of the photographs was shared to an undated site around May 2018, well before the novel coronavirus was first identified in Wuhan in December 2019: 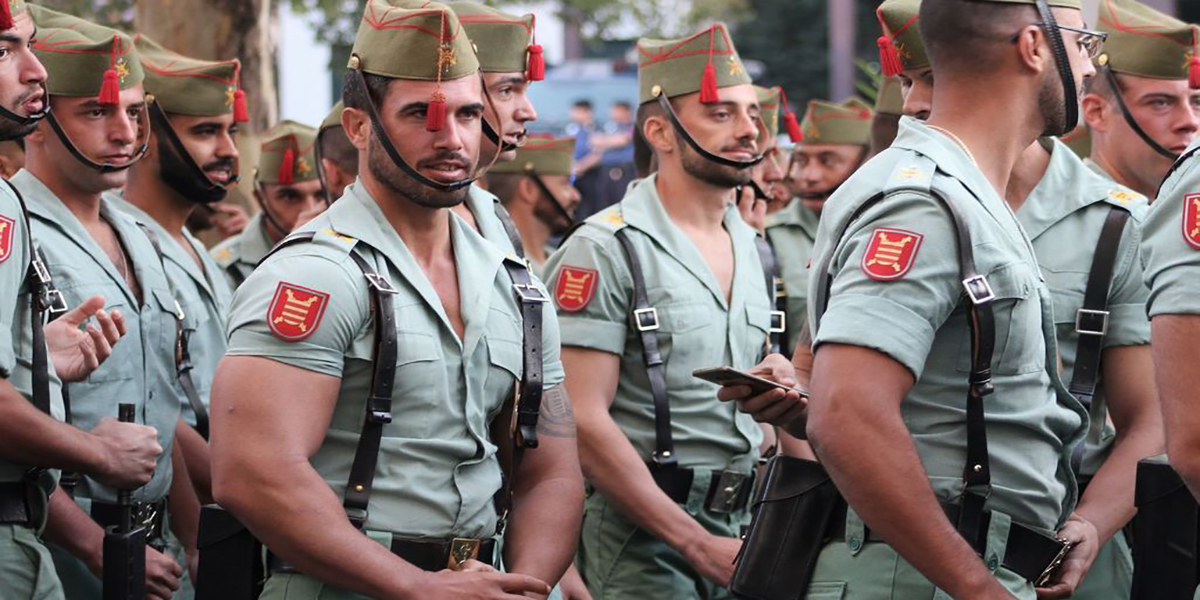 Similar images circulated in 2017, along with commentary about the uniform’s lack of a top button. Another was shared to Reddit’s r/polandball in 2015, several appeared in a January 2014 YouTube video, and the “Channing Tatum” image dated back to at least 2013 (as did others):

It was apparent after a reverse image search that the images were not taken as part of an effort to “lock down” Spain during the coronavirus pandemic, and the photographs — which are real — do not show the “Spanish Army,” but the Spanish Legion. However, the images date back to at least 2013 and have nothing to do with Spain’s efforts to lock down the country during the COVID-19 pandemic in March 2020.