A preacher said that Rep. Alexandria Ocasio-Cortez was "summoning demons" in a viral video which featured her dancing.

On January 25 2019, the Facebook page “Pass The 28th Amendment (Complete Removal Of The Church From The State)” shared a news article about a preacher who purportedly claimed that Rep. Alexandria Ocasio-Cortez (D-New York) was “summoning demons” in a viral video of her dancing in college: 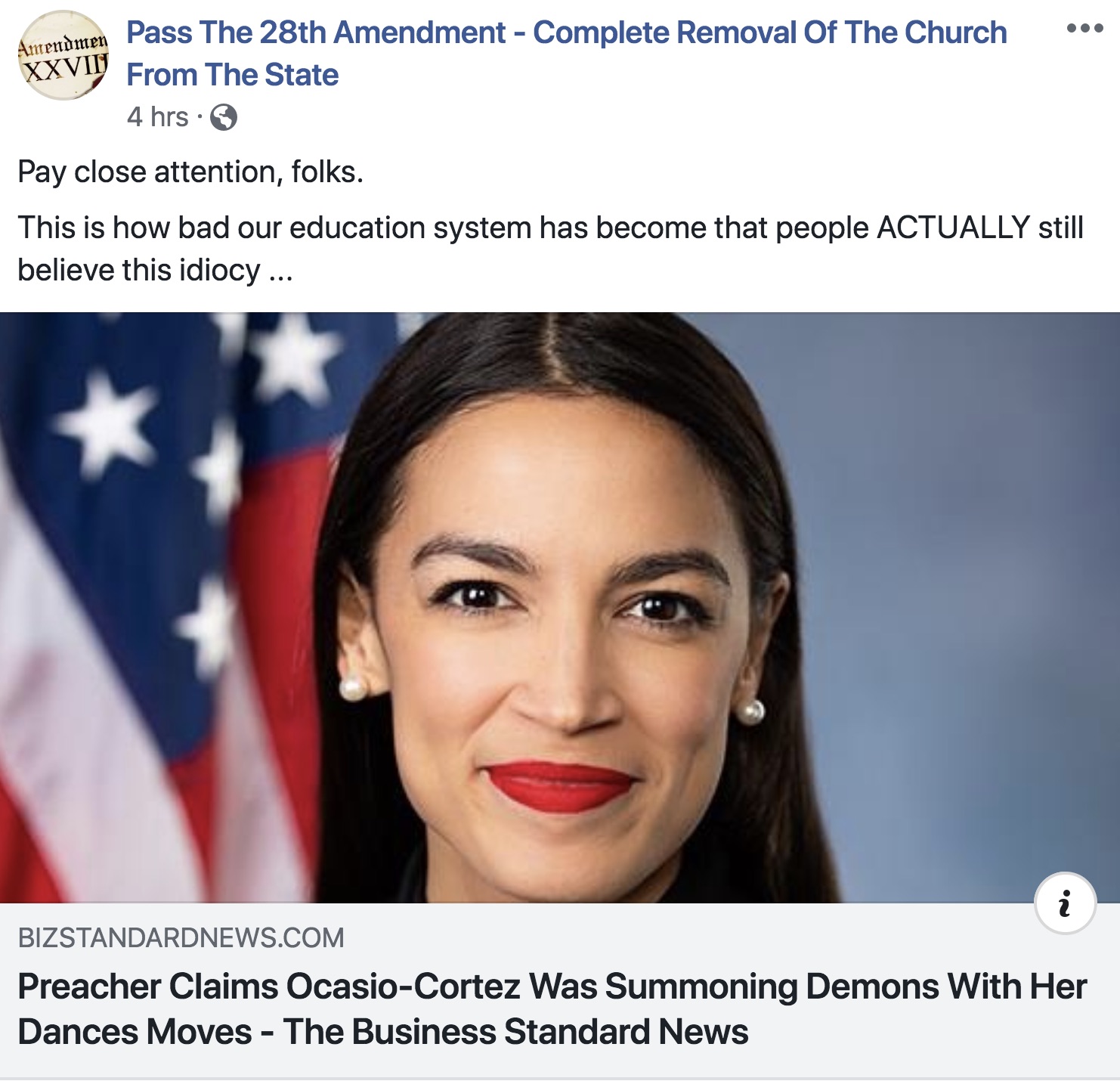 The appended article (“Preacher Claims Ocasio-Cortez Was Summoning Demons With Her Dances Moves”) was from January 21 2019, and it read:

New York Rep. Alexandria Ocasio-Cortez (AOC) has raised the ire of the entire Republican Party. She has been criticized for everything from what she chooses to wear to dance video she made in college. Crackpot preacher Lance Wallnau claimed Ocasio-Cortez’s success is due to witchcraft.

In an interview with Charisma magazine, Wallnau claimed Ocasio-Cortez’s success is due to demonic power.

“After watching that video, I suspect she was conjuring up demons from hell,” said Wallnau. “I mean, she came out of nowhere, and now she’s a national figure. Satan must have been involved with that.

Wallnau’s views are shared by several other Christians, according to Right Wing Watch.

That article linked to a January 14 2019 item by Right Wing Watch which made mention of intermittently circulating news about a coven of witches “hexing” various conservative figures, but it didn’t reference Ocasio-Cortez’s viral dance video or Wallnau.

Although the Facebook page urged its readers to “pay close attention,” it appears not to have taken its own advice. The Business Standard News (BS News) featured an about page, which directly states that, as its name suggests, all its content is “satirical”:

The Business Standard News is a satirical site designed to parody the 24-hour news cycle. The stories are outlandish, but reality is so strange nowadays they could be true.