A photograph spreading on social media shows the locations of the various wildfires plaguing the Amazon rainforest territory in Brazil.

In the later days of August 2019, a map showing the many locations of wildfires raging through Brazil’s Amazon rainforest territory (and through other countries) made the rounds. The map contains legitimate information, but experts did advise readers to consider some additional context if they spot it in the wilds of the internet.

The image shows clusters of red dots in the region alongside the caption “Approximate location of wildfires burning in the Amazon over the last 24 hours. #NASA #FIRMS #firemap.” 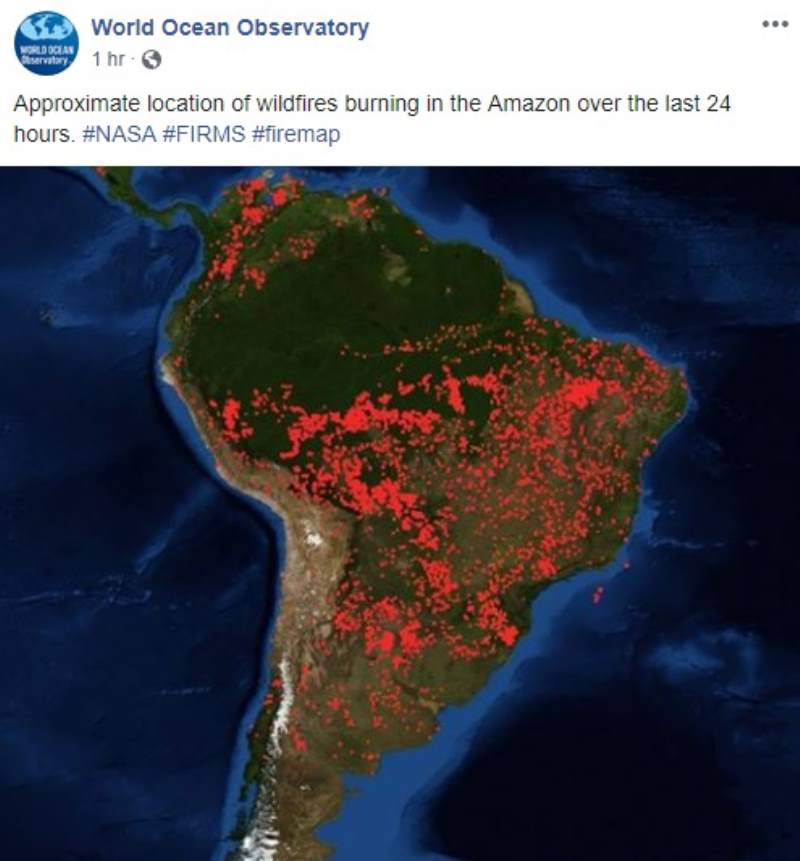 A spokesperson for NASA confirmed to us via email that the image was originally posted through one of its initiatives, the Fire Information for Resource Management System (FIRMS).

As seen in a screen capture from a map of the region from August 23 2019, the photograph posted by the World Ocean Observatory does reflect fire activity in the Amazon region:

The NASA spokesperson did add that while the FIRMS map shows wildfire locations, it does not show their actual size.

As coverage of the wildfires has increased, however, so has the amount of misinformation surrounding them. As Mother Jones reported, several posts gaining traction online actually contain photographs of other blazes. One particular image was not only shared on Twitter by French President Emmanuel Macron, it was embedded into a New York Times article about the Brazilian fires. However, this map — with some minor caveats — is accurate.