On July 10 2021 the Facebook group Illusions featured a striking image, purportedly depicting reindeer in Finland whose antlers are painted with reflective paint in order to prevent collisions with cars: 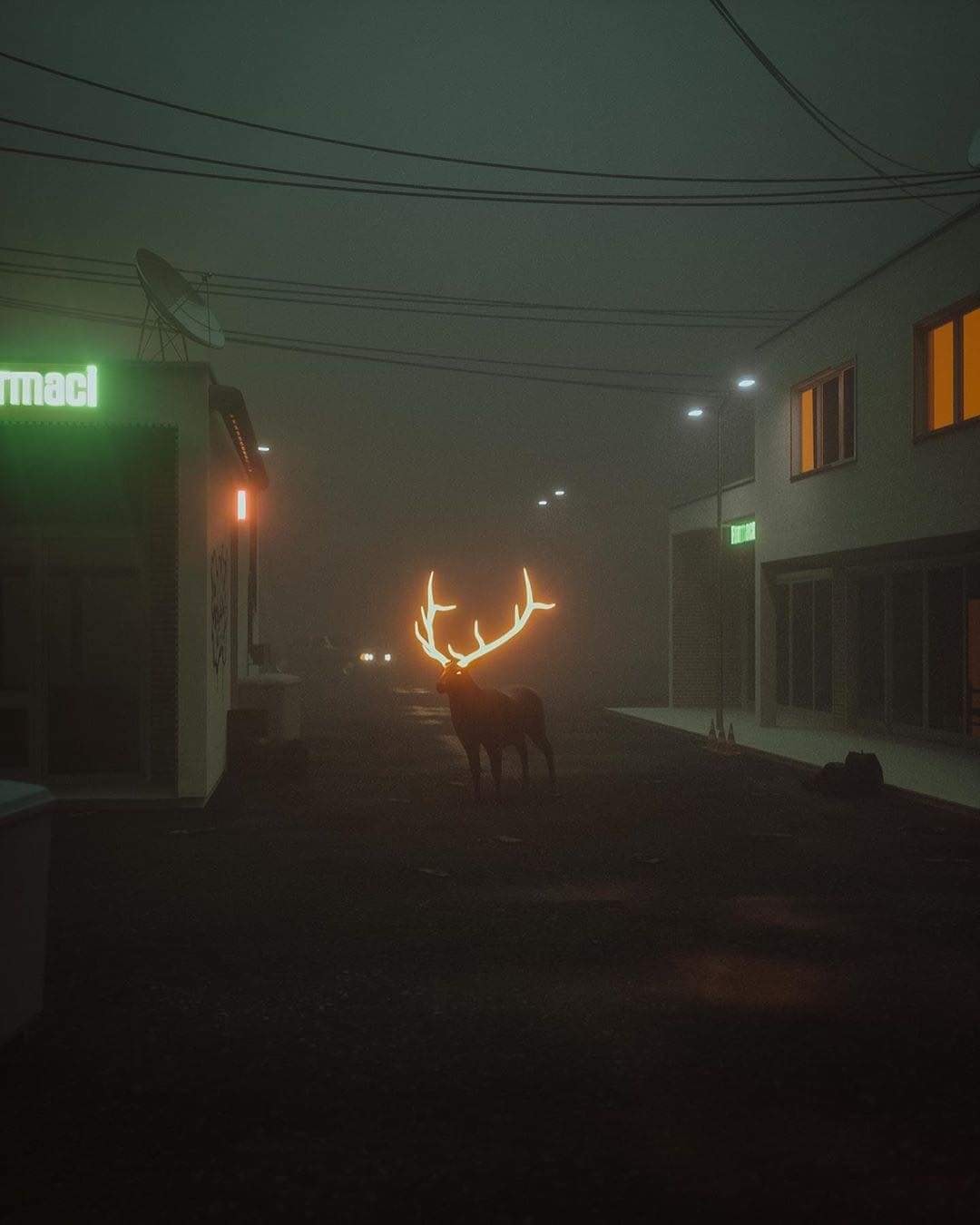 An appended status update from a group member read:

In country like Finland , reindeers frequently meet road mishaps with trucks or cars. To avoid this , government took a decision to paint deer’s horn with reflective paints. Due to these paints , horns get seen from long distance by motorist in dark hours. This way , motorist gets alert to ensuing collision with reindeer & prevent fatal injuries. (It looks like Neon signs on antlers 😊)

In the course of 48 hours, the post was shared nearly 40,000 times. However, the post consisted of an image and a claim, with no indication the image was accurately described.

Herders in Lapland are spraying their reindeer with reflective paint to help drivers see them in the dark, it appears.

The special spray is being tested on their fur and antlers to see how it holds up in different weather conditions, Finnish national broadcaster YLE reports.

Every year, about 4,000 reindeer lose their lives on Finnish roads in car accidents, causing 15 million Euros of damage every year. And now, the Finnish Reindeer Herders Association is testing out a new way to make the large mammals more visible to drivers: reflective paint.

The idea is to spray the antlers of reindeer with reflective paint that reflects motorists’ headlights. “The aim is to prevent traffic accidents. The spray is being tested on fur at the moment, but it may be even more effective on the antlers, because they are seen from every side,” Anne Ollila, chairwoman of the Reindeer Herders Association, told the Finnish news source YLE.

Further, in June 2016 Phys.org reported that efforts to mark Finland’s reindeer antlers with reflective paint was unfortunately not as helpful as everyone had hoped:

Finnish reindeer herders in the Arctic have painted Rudolph’s antlers in fluorescent colors, hung reflectors around their necks and even used movable traffic signs, but none of the efforts have helped reduce the annual 4,000 reindeer road deaths.

Now they have decided on a new tactic: an interactive reindeer warning app where drivers can tap their mobile phone screens to register any reindeer they see and get warnings if they are approaching an area where reindeers have been spotted. They’re hoping to save at least some of the 300,000 reindeer that wonder freely in the wilds of Lapland, sometimes described as the last wilderness in Europe.

Not only did images of reindeer in Finland with reflective antlers not resemble the image, but it appeared the practice was piloted between 2014 and 2016 — but it wasn’t effective at preventing collisions between cars and reindeer.

The Viral Image of the Reflective Paint Reindeer

No source for the purported reindeer in Finland with brightly glowing antlers was provided, but it was shared extensively on Tumblr in late 2020.

One such post led what appeared to be the original source for the image on Instagram, posted in February 2020:

A caption on the image reinforced that it was a work of art, not a real-life image:

I saw a story from @berinhasi that in Finland they paint raindeers antlers to shine at night so they don’t get crashed by cars. That got me to this. #fujifilm #film #c4d

The image appeared to be the work of artist Vasjen Katro, whose biography read:

In July 2020, a visually compelling image described as reindeer in Finland with reflective paint on antlers spread virally on Facebook, without a specific image source. News articles from 2014 through 2016 alluded to attempts in Finland to reduce collisions between deer and cars involving reflective paint; images of those efforts did not resemble the viral image. That image was shared by visual and digital artist Vasjen Katro in February 2020, and it was labeled as a creative image, rather than an authentic one. Although the claim is of mixed veracity, the image is misattributed.