In late July and early August 2021, screenshots of the following tweet circulated with a blast from the past — they appeared to depict a “Goatse ring” purportedly available for retail purchase:

When you're a jewelry artist who makes some exquisite things but obviously did not spend enough time online in the '00s pic.twitter.com/ktt6orbQwq

A day after the popular tweet and “Goatse ring” image surfaced, a Reddit user shared a screenshot to r/theyknew:

As the tweet hinted, the image was instantly identifiable to individuals who used the internet in the late 1990s and early 2000s, due to an image that we do not recommend doing an image search for known only as “Goatse.” Images of the ring spread primarily via screenshots of the tweet above; that tweet did not identify the purported jeweler, nor did it provide a link for verification purposes.

Google’s reverse image search suggested “Goatse ring” for the image’s description, indicating it was shared to Reddit’s r/TIHI (“thanks, I hate it”) on July 31 2021:

Thanks, I hate goatse ring from TIHI

Google Trends showed no measurable data for “Goatse Ring” searches for the 30-day period ending on August 12 2021, but searches registered for the seven-day period prior to that date. None of the Reddit iterations nor the Twitter iteration appeared on TinEye’s reverse search results, but a Tumblr post was among the two images crawled: 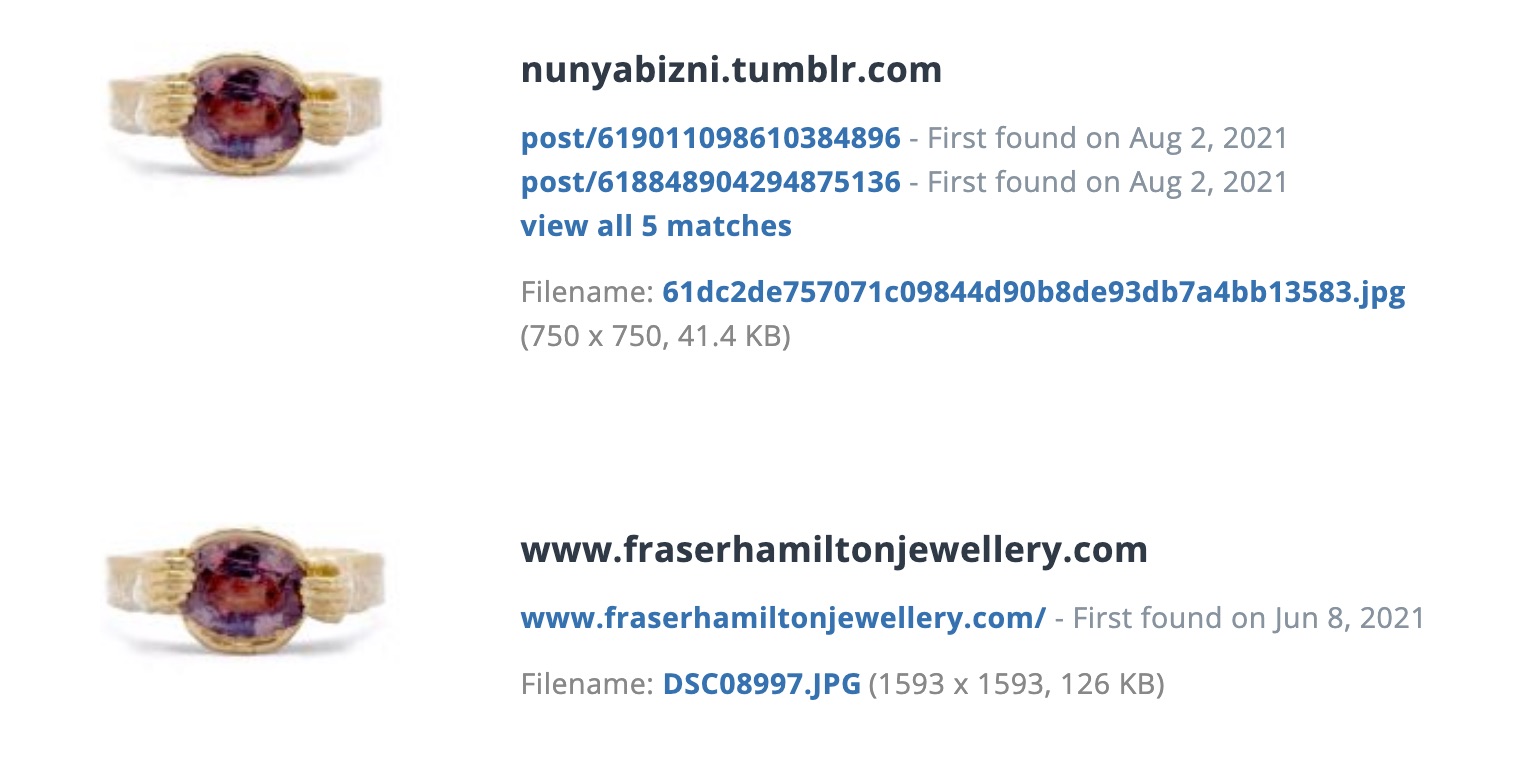 Of the two, the earliest and first crawled version was from the website FraserHamiltonJewellery.com, first crawled on June 8 2021. We were unable to locate an exact match for the ring on that website, but it did include a live listing for a similar ring (under “hand rings“): 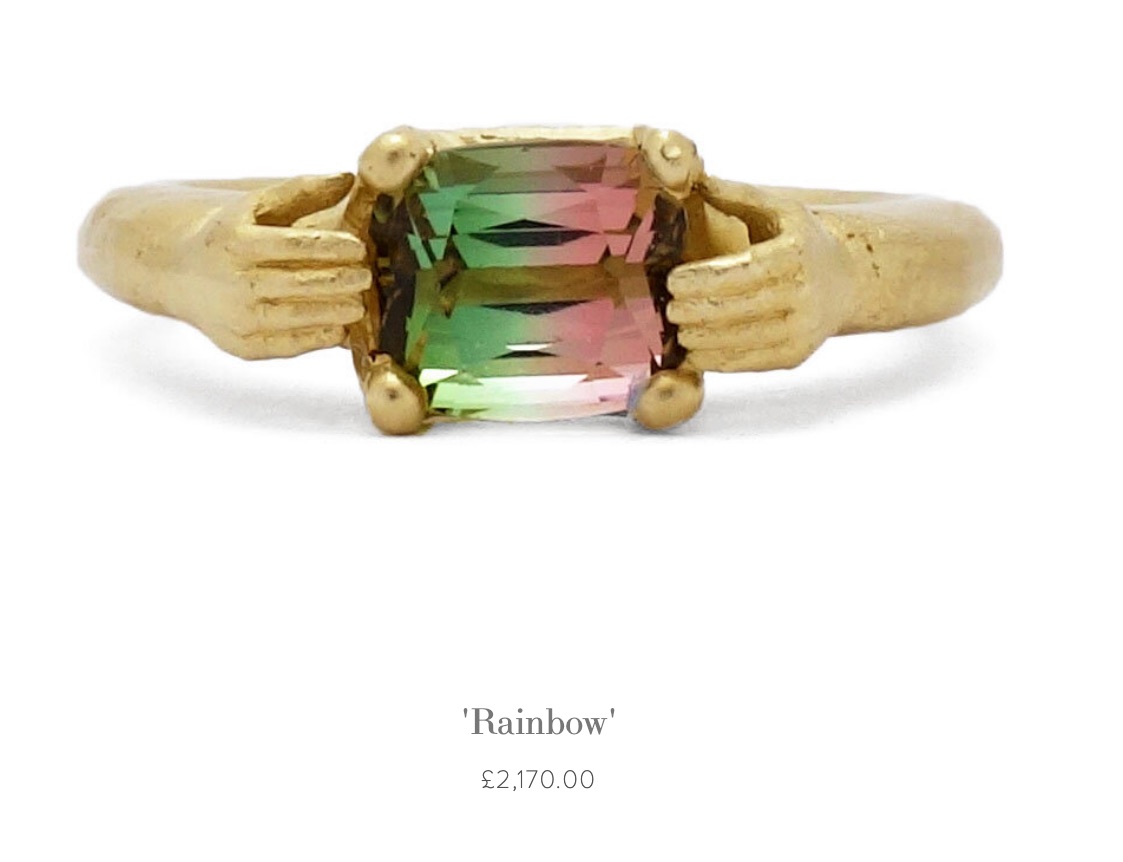 The same retailer shared the design to Instagram on July 1 2021. The “Goatse ring” was visible in an Instagram video shared on the page in November 2020:

As the video indicated, the “Goatse ring” was real, part of a collection of “hand rings” by Fraser Hamilton Jewellery. It was impossible to say whether the jeweler was aware of the resemblance to the Goatse meme, but fair to assume they had probably been alerted to the similarities by August 2021.