If you Google "untreated syphilis," initial results will include photographs of United States President Donald Trump.

This is currently what happens when you google ‘untreated syphilis.’ pic.twitter.com/AUrF28fCL6

Nearly all versions with images involved a screenshot of “untreated syphilis” in the search bar with two specific photographs of Trump. In one he was waving, and in the other, smiling. Many of the screenshots appeared to have been taken on a mobile user interface versus a desktop.

We searched for “untreated syphilis” on Google, and it returned the following result: 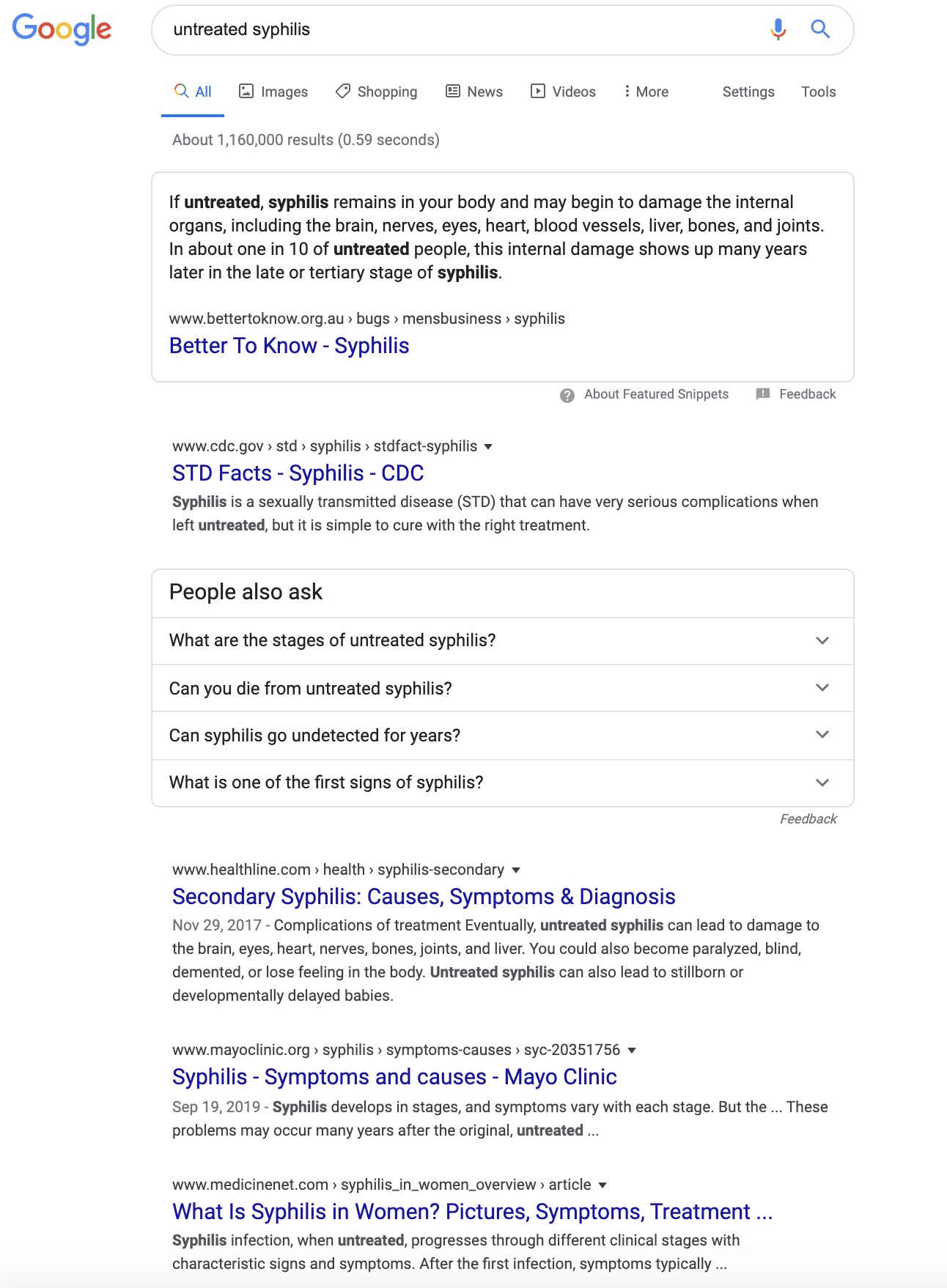 Adding quotes around “untreated syphilis” did not meaningfully change the results. Although the first few results were health and medical fact sheets on syphilis in general, the eleventh result was from STDcheck.com, a page titled “Does Trump Have Syphilis?” Its featured image matched the second image seen in the tweets, in which Trump was smiling.

With respect to that particular, popular result, “untreated syphilis” was a repeated phrase in the page copy:

Many people have thought Trump isn’t “right” since he started campaigning for president, but nobody knows exactly why he does the things he does. It wasn’t until Dr. Steven Beutler’s article titled “A Medical Theory for Donald Trump’s Bizarre Behavior” published in the New Republic did syphilis enter the picture. Beutler claimed that Trump’s odd and irrational behavior could be attributed to a bad case of untreated syphilis. This is quite the claim, but is it true? And if so, how?

Untreated Syphilis Can Hide In Your Body For Decades

Toggling to “images” in Google search did yield several images of Trump. Four of the nine images in the top row, in fact:

When we repeated the search using a mobile browser (Chrome), a search for “untreated syphilis” was identical in terms of results, with Trump only appearing if we toggled to “images.” Based on the number of tweets, however, it seemed several users did not have to toggle to “images” for those photographs to appear in their search.

Notably, if we removed “untreated” and just searched for “syphilis,” the results did not include Trump at all: 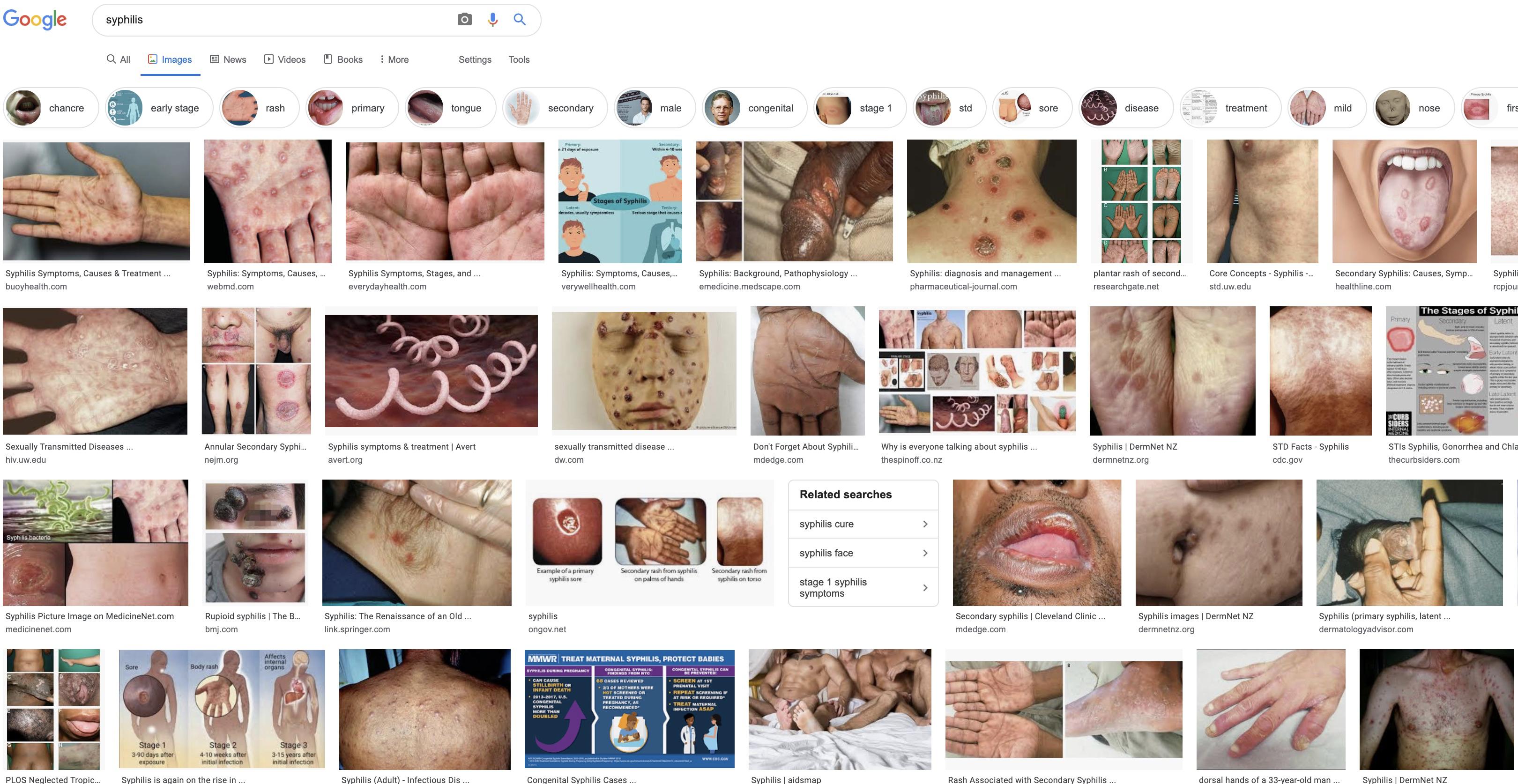 Although it appeared to be true that googling “untreated syphilis” returned images of Donald Trump for some — mostly those using mobile browsers — we were unable to replicate the results of the meme without toggling to images. Positive Google search appeared to be a function of a popular search result from STDcheck.com, a post called “Does Trump Have Syphilis?” It is further likely that the modifier of “untreated” in “untreated syphilis” surfaced a single page high up in Google’s rankings, skewing the results to include Trump specifically because of the site’s speculation he might be afflicted with untreated syphilis.