A photograph of a large crowd in Toronto shows a demonstration calling for the impeachment of U.S. President Donald Trump.

Amid a series of December 17 2019 demonstrations in the United States marking a vote on whether to impeach U.S. President Donald Trump, one Twitter user attempted to troll the protests by passing off a photograph of a different event.

The user, “BattleSausage1,” seized on several Twitter hashtags associated with the protests and posted this image, which he claimed showed a solidarity protest in Toronto: 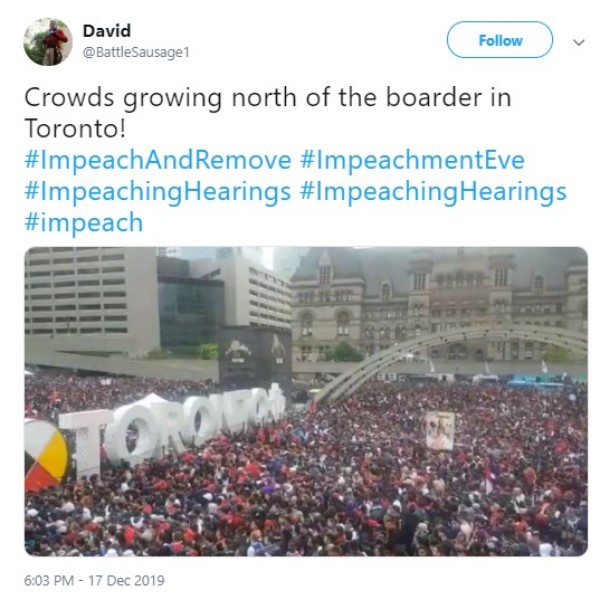 But as several others immediately pointed out, the photograph was actually taken on June 17 2019 during a public celebration for the Toronto Raptors’ victory in the National Basketball Association finals.

It was first published by the Toronto-based news station CFTR-AM and republished by other outlets: 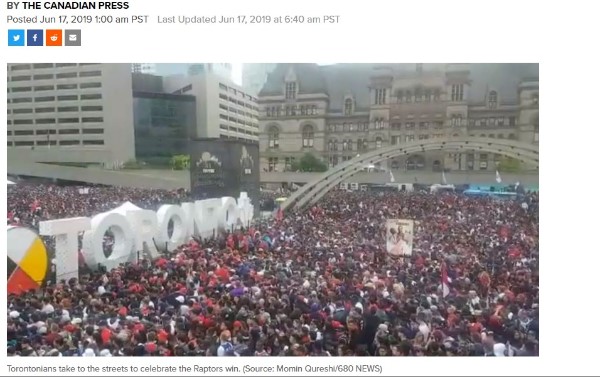 Despite others repeatedly pointing out that the photograph was being appropriated and used as disinformation, the misidentified photo remained posted on “David’s” account. But it is not the only falsehood this account has chosen to spread; his account has also spread the false claim about a Canadian school suspending students over a “rainbow poppy,” an allegation we have already debunked.