On April 6 2020, the New York Post claimed that New York City was considering “temporary mass graves” in public parks such as Central Park in an article bearing the headline, “NYC may temporarily bury coronavirus victims in parks: lawmaker.”

The New York Post cited a multi-tweet thread published by New York City councilman Mark Levine. Levine’s ninth tweet was the one which drew widespread interest, and it read:

Soon we’ll start “temporary interment”. This likely will be done by using a NYC park for burials (yes you read that right). Trenches will be dug for 10 caskets in a line. It will be done in a dignified, orderly–and temporary–manner. But it will be tough for NYers to take. 9/

Levine’s thread began with the first transcribed tweet below, and the preceding seven to eight tweets led up to the “temporary internment” portion:

NYC’s healthcare system is being pushed to the limit. And sadly, now so is the city’s system for managing our dead. And it, too, needs more resources. This has big implications for grieving families. And for all of us. 1/

NYC’s “city morgue” is the Office of the Chief Medical Examiner (OCME), which luckily is the best in the world. But they are now dealing w/ the equivalent of an ongoing 9/11. And so are hospital morgues, funeral homes & cemeteries. Every part of this system is now backed up. 2/

A typical hospital morgue might hold 15 bodies. Those are now all full. So OCME has sent out 80 refrigerated trailers to hospitals around the city. Each trailer can hold 100 bodies. These are now mostly full too. Some hospitals have had to add a 2nd or even a 3rd trailer. 3/

Grieving families report calling as many as half a dozen funeral homes and finding none that can handle their deceased loved ones. Cemeteries are not able to handle the number of burial requests and are turning most down. 4/

It’s not just deaths in hospitals which are up. On an average day before this crisis there were 20-25 deaths at home in NYC. Now in the midst of this pandemic the number is 200-215. *Every day*. 5/

Early on in this crisis we were able to swab people who died at home, and thus got a coronavirus reading. But those days are long gone. We simply don’t have the testing capacity for the large numbers dying at home. 6/

Now only those few who had a test confirmation *before* dying are marked as victims of coronavirus on their death certificate. This almost certainly means we are undercounting the total number of victims of this pandemic. 7/

And still the number of bodies continues to increase. The freezers at OCME facilities in Manhattan and Brooklyn will soon be full. And then what? 8/

To recap: Nothing matters more in this crisis than saving the living. But we need to face the gruesome reality that we need more resources to manage our dead as well. Or the pain of this crisis will be compounded almost beyond comprehension. 13/13

We are, at most, like 10 days away from semantic arguments about what qualifies as a "mass" grave.

Incidentally, the “arguing about the semantics of mass graves” tweet was published on March 27 2020. Levine’s tweets were dated April 6 2020. That is, in fact, a difference of ten days: 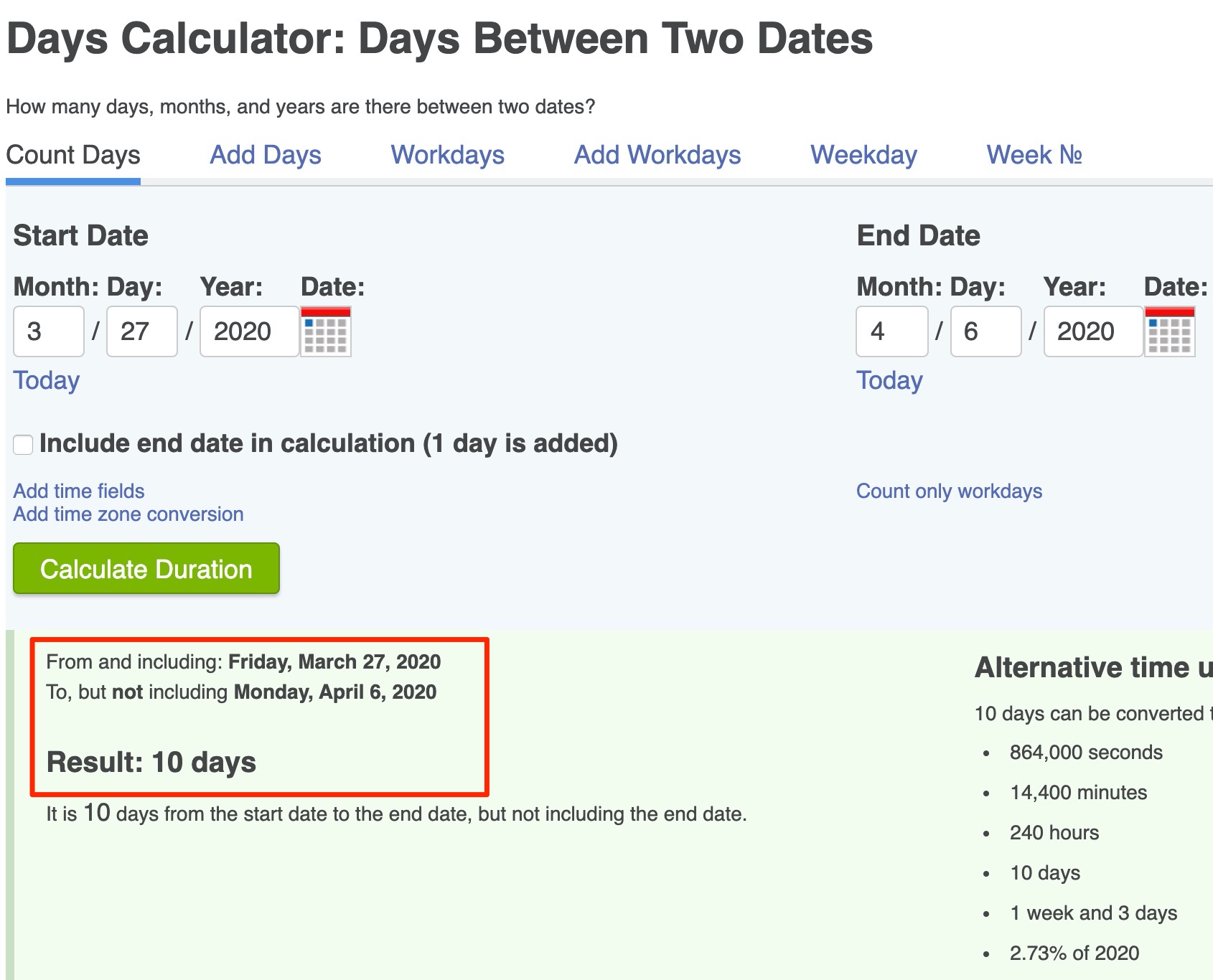 Two hours after the first Twitter thread, Levine clarified with a follow-up tweet in which he explained that the temporary mass graves were part of New York City’s contingency plans. He also said they would only be considered if the infection rates for COVID-19 kept climbing:

According to the New York Times, New York City Mayor Bill DeBlasio acknowledged the existence of such contingency plans, adding that the use of temporary mass graves was “under consideration” but not in place:

Mayor Bill de Blasio said on [April 6 2020] that no such plan had been put in place yet, though he acknowledged it was under consideration.

The medical examiner’s office said in a statement, “We are planning for all possibilities, however no decision on this has been made, and there is still adequate capacity at this time.”

The Times included some additional information from Levine which slightly contradicted DeBlasio’s remarks; further, Levine noted that the storage for deceased COVID-19 victims was almost at capacity in New York:

Mr. Levine, however, said in an interview: “This is definitely not in the hypothetical stage now. I think it’s fair to say we are moving to do this.” … Mr. Levine said plans for the possible use of “temporary interment” had been mapped out as part of that plan. He said the city had to face the reality that “traditional burial system has largely frozen up.”

“We are relying on freezers now to hold bodies, but that capacity is almost entirely used up,” he said, describing temporary interment as “essentially an extension of the freezer system.”

In the ensuing discussion about the claims, Central Park was often mentioned as a possible site for temporary mass graves. That may have been due to Central Park’s prominence among people not personally familiar with Manhattan as well as its size; Levine referenced an established potter’s field on Hart Island (in the Bronx), but cited “logistical challenges” in accessing that site as well as city parks in general:

Mr. Levine said the possible sites for mass burials would be a city park or on Hart Island in the Bronx, where inmates from Rikers Island are typically employed to bury the indigent in potter’s field.

Hart Island has logistical challenges because it is inaccessible and it is a secure Department of Correction facility, so there are limitations on who can go there and under what circumstances, Mr. Levine said.

The use of labor from Rikers’ Island to dig mass graves was a part of early reporting on COVID-19 in New York. On March 10 2020, Business Insider mentioned the same site Levine did, reporting:

… Inmates on Rikers Island would be transported to Hart Island to dig mass graves where the dead could be buried, and cremation efforts would be ramped up.

Currently, Hart Island, which once housed a prison for Confederate soldiers, has two prepared mass graves that could accommodate 19,200 bodies, but there is another site that has yet to be cleared.

That reporting also noted the plan itself was not new in 2020, but was designed during a previous disease outbreak in 2008 — which did not result in the need for mass graves:

The plan was developed by the city’s late chief medical examiner, Charles Hirsch, in 2008, in response to concerns that Bird Flu would cause the next pandemic influenza. But as Hirsch states in the report, the plan can be used to tackle “other biological outbreaks” that cause mass fatalities.

On March 31 2020, The Intercept reported that Rikers’ Island inmates were offered $6 hourly to begin digging mass graves for COVID-19 victims:

NEW YORK CITY is offering prisoners at Rikers Island jail $6 per hour — a fortune by prison labor standards — and personal protective equipment if they agree to help dig mass graves on Hart Island, according to sources with knowledge of the offer. Avery Cohen, a spokesperson for the office of Mayor Bill de Blasio confirmed the general arrangement, but said that it was not “Covid-specific,” noting that prisoners have been digging graves on Hart Island for years.

The offer is only being made to those with convictions, not those jailed before trial, as is generally the case. A memo sent to prisoners, according to a source who reviewed it, does not specify what the work on Hart Island will be, but the reference to PPE leaves little doubt. The offer comes as New York City continues to be the epicenter of the coronavirus pandemic in the United States, with 38,000 people infected and more than 914 dead so far.

That earlier reporting by The Intercept closely echoed details in Levine’s Twitter thread, such as requirements for mass graves and space limitations on Hart Island. It also referenced the March 10 2020 Business Insider piece:

Hart Island, though, “has limited burial space,” the report noted, and “may not be able to accommodate a large influx of decedents requiring burial,” which the preparedness plan estimated at between 50,000 and 200,000 in a pandemic with a mortality rate of 2 percent in which 25 to 35 percent of the population is infected.

The city document proposed employing the Department of Defense’s “temporary mass internment method,” which places caskets 10 in a row, head to foot, so as not to stack them on top of each other. Hart Island is located off City Island in the Bronx. In 2008, Rikers prisoners were burying roughly 20 to 25 bodies per week there, the report found.

Typically, the remains of decedents whose bodies are unclaimed or whose families cannot afford burial are interred on Hart Island. However, the internment of COVID-19 victims amounted to far more burials, far more frequently:

Normally, about 25 bodies a week are interred on the island, mostly for people whose families can’t afford a funeral, or who go unclaimed by relatives. But recently, burial operations have increased from one day a week to five days a week, with around 24 burials each day, said Department of Correction spokesman Jason Kersten.

It is true that a New York City councilmember — Levine — disclosed the discussion of plans for mass burials or possible “temporary internments” of COVID-19 victims on Hart Island or in unspecified city parks. Levine and DeBlasio provided different information in terms of the planning stages, and existing information indicated that the plans had been in place since as early as 2008. Although all the information appears to be accurate, we are rating the overall trajectory of the reported mass graves plan as Unknown as of April 6 2020.

Update, April 10 2020, 1:52 PM: Numerous outlets (such as the BBC and The Guardian) published aerial footage captured on April 9 2020 and depicting mass graves on Hart Island in the Bronx:

NYC Mayor confirms they are now burying many #Covid19 corpses in mass graves on Hart Island. Today alone there were at least 40 coffins. The bodies are wrapped in body bags and placed in pine boxes, with their names scrawled on the top. Source: NY Post #TrumpBurialPits pic.twitter.com/2yb2pVVt3U

The tragedy is incomprehensible. Caskets buried three on top of one another in mass graves now being dug on New York’s Hart Island. No families present, just workers in hazmat suits. pic.twitter.com/4wF9mIJGZl

The pictures of our fellow New Yorkers being buried on Hart Island are devastating for all of us.

I want to make sure everyone knows what they’re seeing and what is actually happening on Hart Island.

Remember, these are human beings. These are neighbors we've lost.

We have accordingly changed our rating from “unknown” to “true.”